- June 12, 2012
Today, I had the opportunity to preview the new Ihsahn album, Eremita.  Loud and aggressive, a shrieking monster that exhibits remarkably crafted songs.  It was exciting to listen to.

The single, "Introspection," is not my favorite cut on the album, as it sounds rather reserved next to a lot of what goes on during Eremita.  But, I believe it'll get you in the door, as singles do.  "Introspection" was made available at the end of May at Guitar World, so I'm a little late with my acknowledgment.

"The Paranoid," however, is pretty awesome.  Sample below. 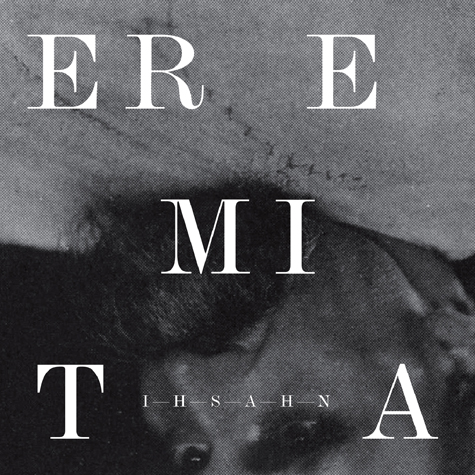 Feast your ears on “Introspection” at THIS LOCATION.

IHSAHN’s prodigious and prolific talents have been at the forefront of heavy music for the past two decades. He began his career at age thirteen as a member of what would become fledgling black metal crew Emperor. As a band, Emperor would both define and refine metal, pushing the boundaries of what was considered possible within the most arcane of art forms and taking some of the most adventurous and extreme music of all time to a huge global audience. With albums like seminal In The Nightside Eclipse (recorded when IHSAHN was only seventeen), and Anthems To The Welkin At Dusk, Emperor obliterated all-comers and became one of the most revered metal bands in history. After the release of their final masterpiece, Prometheus: The Discipline Of Fire & Demise in 2001, IHSAHN announced that the band were to part ways to enable himself and his colleagues to pursue new creative avenues.

“With Eremita IHSAHN proves yet again that he is one of the most influential, progressive and enduring musicians to emerge out of the classic Norwegian black metal scene." – Guitar World

"IHSAHN just keeps getting better and better with every album he releases. He's really come into his own as one of the most talented musicians and songwriters in all of metal, and his distinct, singular sound has come a long way from his days in Emperor." – MetalSucks

“…without a doubt the most ambitious and experimental of IHSAHN’s solo albums and it another step further away from his black metal roots.” – This Is Not A Scene

“IHSAHN moves into a new period of his solo career that mixes avant-garde oddity with catchy song writing, and extreme metal with what can only be described as ‘evil big band sax.’” – Metal Underground