What I Heard This Morning: Black Shape of Nexus

- June 04, 2012
I needed to have my head caved in this morning, so I listened to the German doom outfit known as Black Shape of Nexus.  Their third album, Negative Black, is streaming at The Obelisk and it's more than an hour of jackhammering sludge. 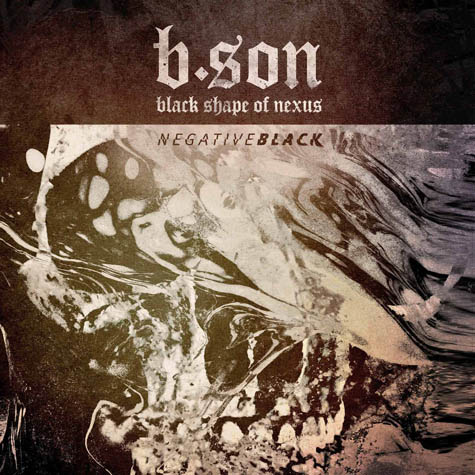 BLACK SHAPE OF NEXUS: Full LP Streaming Via The Obelisk

As Negative Black, the third LP from Germany's sludge juggernaut BLACK SHAPE OF NEXUS, nears its North American street date this Tuesday June 5th via Exile on Mainstream, today the entire album is streaming via the online kingpins of the doom/stoner scene, The Obelisk, RIGHT HERE.

Surging with eighty minutes of BLACK SHAPE OF NEXUS' own brew of some of the most down-tempo sludge metal on the planet, Negative Black marks a new step for the band, carving a path into their foreseeable future. While the outfit already bears the reputation for unfurling some of the most destructive but still coherently-flowing sludge metal available, incorporating outside elements of crust, black metal and soundscape persuasion at times, Negative Black surges to even deeper caverns of auditory obliteration, pummeling you with painfully slow doom and finishing you off with acrid, harsh drones, and giving down-tempo a whole new meaning.

Interviews with BLACK SHAPE OF NEXUS are available anytime via Skype and email.

"...a massive sledge of inhuman tonal weight and darkly hopeless ambiance." - The Obelisk

"BSON have practiced a particularly muscular style of sludge/doom over the course of their seven years and two LPs as a band, and their latest and first effort in four years stays the course on that path of decimation." - BrooklynVegan

"This is easily one of the albums of the year - a near perfect masterpiece... their best and their most extreme. 9/10." - Doommantia

"Droning and repetitive sounds echo through the electronic abyss and Black Shape Of Nexus build to a truly terrifying climax that’s frighteningly alien in its execution. 8/10" - This Is Not A Scene

"The sound on this album is larger than the speakers can take. Horns up and weapons ready folks..." - Absolute Zero Media

Sincerely,
Letters From A Tapehead
doom metal online music sludge what i heard this morning