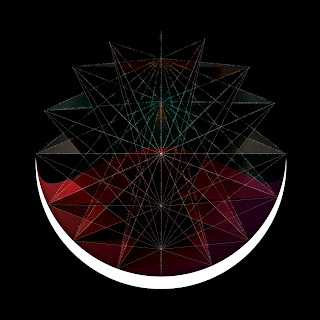 Based on a poem by Edoardo Sanguineti, Berio’s own version renamed as the writing’s sequel, (which was also meant to acknowledge the 700th anniversary of Danté’s birth), Labortinus II is delivered in three parts, which are apparently three separate voices. The majority of the piece is in Italian, (with maybe a sentence or two uttered in English), so I’m incapable of deciphering the narrative and I’ve been unsuccessful in locating a proper English translation. So, as far its literal meaning, I’m at a loss.

Patton’s involvement follows 2010’s Mondo Cane, which was his homage to 50s/60s Italian pop music.  As further comment on his affinity for Italian composers, Laborintus II finds Patton the least melodious component of the ensemble's performance, though his declarations wear a soldier's conviction or a preacher's certainty.  Behind him choral voices intermingle and float, sounding aimless amidst the haphazard instrumentation, which swells and winds as brass instruments flare through slow exhalations.  Harp strings glisten, violins shiver.  At one point, an upright bass goes into a convulsion.

Berio's piece, though, is more organized than it sounds upon first listen.  Patterns of melody begin to emerge, the orchestrated modes taking on elements of free jazz or Sousa-styled militarism, articulations dramatic while either painting stories of protest or general malaise.  At the start of "Part Two," Patton spouts paragraphs like a battle cry, a bullhorn at his mouth, lighting up the ensemble, vocalists repeating certain phrases as though they were the chorus of a familiar song.  "Part Two" eventually morphs into some radicalized form of bebop and incidental sounds, an array of brass and electronic oddity.

"Part Two" also cites With Usura, a poem by Ezra Pound.  One of the few lines Patton speaks in English comes from the poem: "Hath no man a painted paradise on his church wall."

"Part Three" revisits some of the piece's initial melodies, quietly bringing Berio's piece to a close.  Piano keys strike and a flute laments, quiet brass sections sing quietly beneath whispering phrases.  A gong sounds and whispers continue till there is nothing but an air of dignity, its final seconds devoted to silence, certainly a nod of respect to the composer.