What I Heard This Morning: Foot Village

- July 14, 2012
Interesting preview of the new promotional material from L.A. based brutality-smiths Foot Village, who recently signed with Northern Spy Records.  Their album will be releasing digitally on my birthday, which naturally coincides with Frank Zappa's birthday and the end of the world.  Sounds like a good way to go out.  Foot Village boasts band members from XBXRX and Beak>.

Info and links are provided courtesy of Northern Spy. 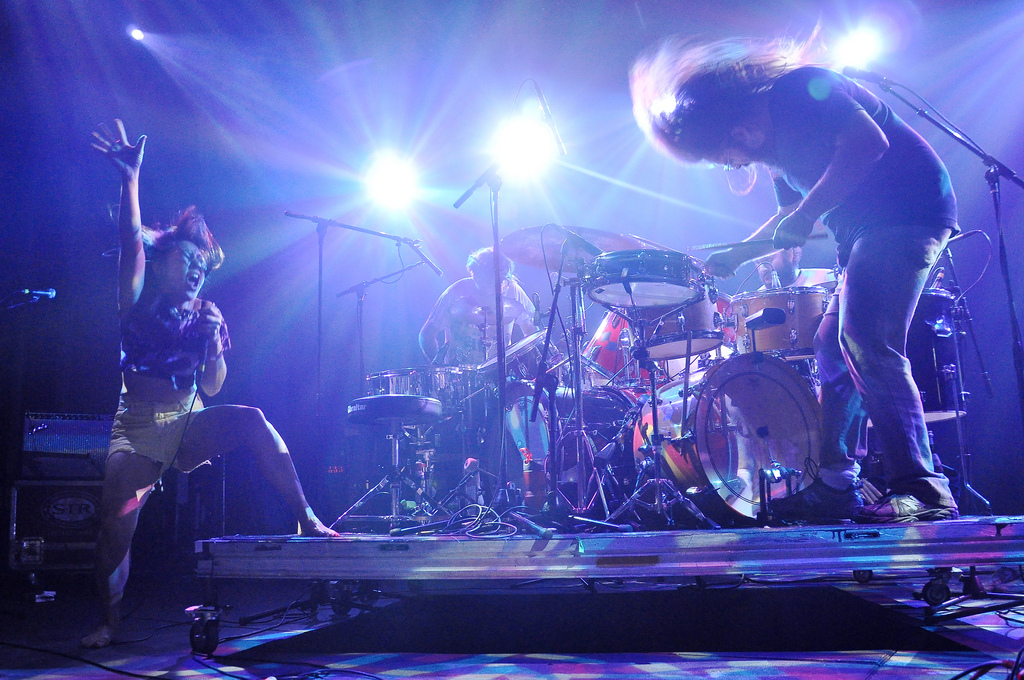 The thunderous drum-n-shout assembly from Los Angeles known as Foot Village made a huge name for themselves after blowing up All Tomorrow’s Parties in the US and UK last year. With their wild tribal drumming and nearly indefinable style, it was sort of inevitable that they’d hook up with Northern Spy, a label that refuses to be defined. Foot Village is gearing up for a busy 2013 with a new album on NSPY and a full North American tour, both to be announced in the coming months. The still untitled album will officially hit stores in February, but the band isn’t taking any chances. Pre-sale and digital will hit the world December 21, 2012, just in case that is the end of the everything.

In celebration of the signing, Foot Village is releasing a slew of promo material for all to partake in. There’s this amazing webmercial to get you excited about the new album, an amazing sampler for you to listen to while you wait and some other video goodies that you should sit back and gaze at.

WHAT PEOPLE ARE SAYING ABOUT FOOT VILLAGE:

"They've crafted a fantasy novel-recalling world of politics, anarchy and nudity but amongst all the depravity are solid senses of cultural response, DIY ethos and massively catchy songs." - Dazed & Confused

"Who would've thought that blunt drums and vocals could sound so fucking brutal? So fucking vital? But here it is. Anti-Magic is more crushing, musically and emotionally, than the work of any hardcore, metal or punk band I've heard in a long long time." - Drowned In Sound; 8/10

"The group hurls themselves so devoutly into every second that their urgency becomes contagious." - Pitchfork

“Of all the weird scum-hunch folk ensembles I’ve heard over the last few years, Foot Village may be the most chaotic. Created and staffed by members of some LA underground heavies, this is a rather masterful effort, even when things are a little more controlled.” - Wire

ABOUT FOOT VILLAGE:
As much wranglers of chaos as musicians, Los Angeles' Foot Village have been exploring the limitless possibilities of drums for the past seven years. Neither drum circle nor rave inspired groovers, Foot Village orchestrates their four drum kits with kraut and punk sensibilities. The results are catchy and fun. Poppunk music from a world completely alien to ours. Front-woman, Citizen Grace Lee, is half wildcat, half banshee, full of convulsion both lyrical and physical. Citizens Brian Kinsman, Dan Rowan, Josh Taylor-Fantastic (XBXRX), and Matt Loveridge (Beak>) create a dense web of rhythms strung with tense, raw power. Quicker to cite 90s trailblazers like Huggy Bear, The Melvins, and Thinking Fellers Union Local 282 as influences rather than anything labeled "noise", Foot Village loves exploring new ways of delivering the true energy of rock. Live shows find Foot Village performing in the center of the audience, facing towards the center as well--an intentional geometry inspired by people that place their totem at the center of the village. This geometry helps include the audience as a vital part of the performance, allowing the relentless energy to directly travel in waves outward.

Foot Village have toured Europe three times and the United States a countless amount. They have played at two ATP fests and most recently toured with Avey Tare. All members of the band performed in the Boredoms for the BoaDrum88 event. Foot Village releases have appeared on labels such as Fat Cat, Not Not Fun, Too Pure, and Upset The Rhythm.