- January 23, 2013
A new single from Akron/Family surfaced today called "No-Room," which is an intensified and urgent mix of noise rock and Americana laced psychedelia.  A new album called Sub Verses will be released on  April 30th and it will feature cover art by Sunn O)))'s Stephen O'Malley.  Michael Gira, the unbridled mind behind Swans and the head of Akron/Family's former label, Young God Records, contributed a few words about the band which you can see below. 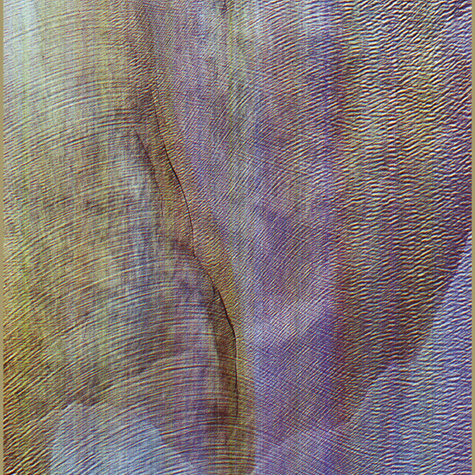 Yesterday Akron/Family premiered the first song from their forthcoming record, Sub Verses, out on Dead Oceans on April 30th (29th in the UK). "No-Room" can be streamed via Pitchfork here alongside a first leg of 2013 live dates.

"No-Room" showcases the heavier, more direct sound of Sub Verses. Influenced, in part, by monumental land art installations and harnessed by producer Randall Dunn (Sunn 0))), Earth, Black Mountain, Wolves In The Throne Room etc…). In a sense it sees the band returning to their roots, revisiting the heavy physical impact, emotional confrontation, intensity, and musicality of their collaborations w/ Michael Gira of Swans. In a personal statement Gira had this to say about Sub Verses:

"We find [Akron/Family] rocking (still rocking), but now in a skittering kaleidoscope. The shards of music styles and influences flung through the speakers from all directions, congealing for a second, then just as quickly dissolving into something new and unexpected. They're amphetamine-crazed jugglers of sound and texture, but there's always those vocals, rooting the thing in a deep and satisfying place.

It seems to me lots of groups these days view the whole history of music as fair game for their palette, which might be understandable, since it's all there at easy access now, but most of it seems like playing dress up to me, and certainly it exists in inverted commas.

There are no inverted commas in the world of AK. They're inside the music, grinding it, fighting it, chewing it, digesting it, then spewing it up to the sky in a multicolored spray of endless sound and love."

The full text from Gira is available, alongside statements from Seth Olinsky & Miles Seaton from Akron/Family here at Dead Oceans.

The album’s art was created by Sunn 0))) guitarist Stephen O’Malley, whose graphic design has appeared on records from Boris & The Melvins to Oneohtrix Point Never. Visit the Akron/Family Tumblr for more insight on the visual influences that informed the work.