David Bowie: "Where Are We Now?" (Video)

- January 09, 2013
The occasion of David Bowie's 66th birthday seemed a suitable time for him to release a new single. Here is the video for the song "Where Are We Now?," which is the first single he's released in 10 years.  Gotta hand it to him:  He managed to keep this music concealed and throw it online much to the surprise of... well, everyone.

As far as the song goes, it expectedly possesses the elder Bowie's trademark tenderness and the melody of its hook seems to recall his 1999 single "Thursday's Child."  It's tad somber and there's possibly some mortality to it, the lines in his face almost enhanced and deepened through the projection of his visage, which is placed upon the head of a stuffed animal as a montage of Germanic footage is played.

The upcoming album will be called The Next Day and check out the cover: 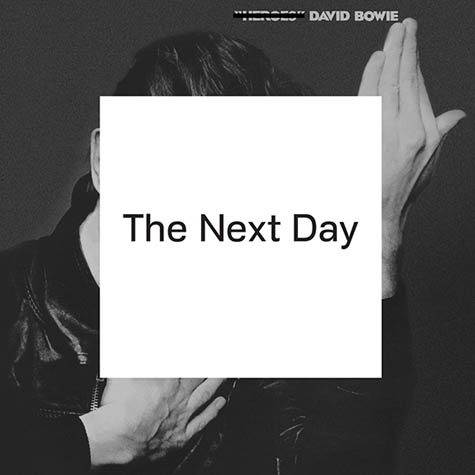 Marring Bowie's very iconic "Heroes" cover, the designer, Jonathan Barnbrook, wrote an explanation of his design over at his Barnbrook Blog.

Happy belated to the Thin White Duke.
Sincerely,
Letters From A Tapehead