- January 09, 2013
Here's some ethereal grace for your Wednesday afternoon.  "Vital" is a single from a compilation of unreleased material from Grouper (a.k.a, Liz Harris) that was recorded during the sessions that produced the proper release, Dragging a Dead Deer Up a Hill.  The collection is being released via Kranky as an album entitled, The Man Who Died in His Boat, which will be out February 4th. 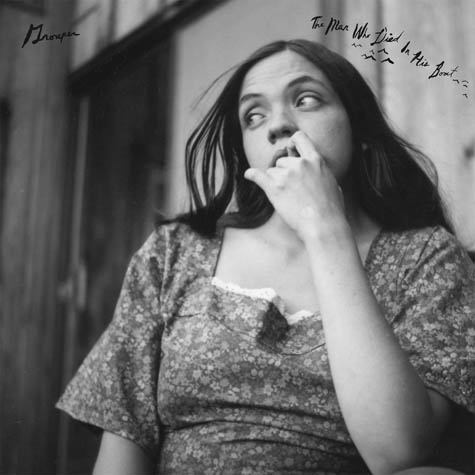 2013 marks the 20th anniversary for record label Kranky, and having already kicked off the year with a brand new album from Ethernet and reissuing the long out of print album The Ballasted Orchestra by Stars Of The Lid, there are some very intriguing things in the pipeline including a brand new Benoit Pioulard album in March, and before that, an unearthed album by Grouper.

The Man Who Died in His Boat is an album of unreleased songs by Grouper, recorded alongside the Dragging a Dead Deer Up a Hill album. It will be released on 4 February in the UK/EU.

"When I was a teenager the wreckage of a sailboat washed up on the shore of Agate Beach. The remains of the vessel weren't removed for several days. I walked down with my father to peer inside the boat cabin. Maps, coffee cups and clothing were strewn around inside.

I remember looking only briefly, wilted by the feeling that I was violating some remnant of this man's presence by witnessing the evidence of its failure. Later I read a story about him in the paper. It was impossible to know what had happened. The boat had never crashed or capsized. He had simply slipped off somehow, and the boat, like a riderless horse, eventually came back home."