- January 16, 2013
Four or five listens later, props for the day's best single go to Suuns, who issued a video for their new song, "Edie's Girl."  March 5th will see the release of the band's album, Images du Futur. 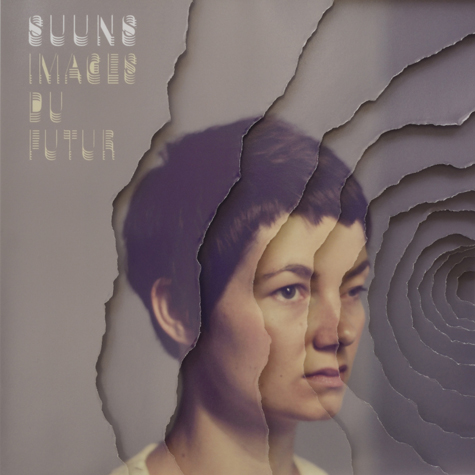 Can't get this one out of my head: The bass tone gums itself up and challenges the song's rhythm by trying to fit too much in.  The tones are subtle and its guitar licks sting.

Suuns have premiered the video for their first single, "Edie's Dream," today at Noisey. The video follows a mysterious young girl through the woods to "Edie's" moody soundscape. The song's bass line throbs under woozy synths while time slows, images fade, and our protagonist digs a hole in the ground.

Watch the video for "Edie's Dream"

Directed by the band, the video is set in the Quebec woods near Montreal, where Suuns spent the winter and spring of 2012 writing & recording. The bucolic setting recasts the song's skeletal boogie into a hazy vision. Suuns provided a group statement saying, "About a 2 hour drive north of Montreal there is a lake and some paths that run through the woods. That's where we met Edie. This video was shot in the late fall, just a week before the snow would arrive and make this shoot impossible."

They explain, "At first, 'Edie's Dream' started as a kind of nightmare, with burial themes and the cold and lonely woods. But gradually, it melted into a kind of bittersweet daydream. Edie is stunning, she is family to the band and at only 13, she carries herself with the poise and confidence of someone who understands the music, understands the cold, understands dreaming and its different layers."

Suuns' second full-length album, Images Du Futur, will be released by Secretly Canadian on March 5, 2013 in the US and by Secret City Records on the same date in the band's native Canada. Produced once again by Jace Lasek from Besnard Lakes, Images blasts out of the gate with "Powers of Ten," laying out a sort of manifesto for the record in the very first lines: "Got it together/I read in the paper/all of theses strangers/stranger and stranger.../No, no, no, no, how you try and remember/how all of these pieces/all fit together." Singer Ben Shemie says of the process, "As a band we were trying to look at our music from further and further away, seeing more details in the picture as we expanded the landscape."

Suuns will be appearing in Austin this March for SXSW. The band will also tour the US and Canada, with a stop at Canadian Music Fest's Buzzfactor Series, as well as an extensive run through the EU this spring. A full list of tour dates is below.

# = with We Are Wolves
* = with Plants and Animals