All info comes courtesy of Us/Them. 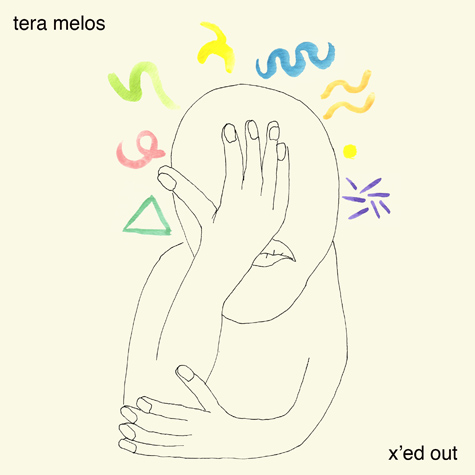 Sacramento's genre-benders Tera Melos announce the forthcoming release of their latest album today with the exclusive premiere of a new song via Rolling Stone. The track, "Tropic Lame" is culled from the new album, X'ed Out and available to download/stream HERE.

"It's like visiting a friend who lives on the 14th floor of a building with no elevator, yet he has a grand piano in his apartment," explains bassist Nathan Latona. "How did he get it there? Was it carried up 14 flights of stairs, assembled on site or what? This record is the piano in the apartment with no elevator. We wanted to do all of the tricky stuff in a way that doesn't seem noticeable."

X'ed Out is the culmination of an arc begun on Tera Melos' first proper full-length, Patagonian Rats (Sargent House, 2010) -- a supercollider of 60s pop hooks, Minutemen garage-prog, post-punk evisceration, wiry psychedelia and nearly everything else in-between. Here, the Sacramento based trio burns and simmers simultaneously while situated somewhere without benefit of location services. It's a nowhere land, X'ed Out of the grid, both inviting and daring. Join us.

From the very first fluttering notes of album opener "Weird Circles" it's clear that we're encountering an entirely new Tera Melos. Guitarist/vocalist Nick Reinhart's steady, rhythmic palm-muted strumming and Latona's nimble counter-melody glide the song through the ether like Tangerine Dream with stringed instruments. Reinhart's soft falsetto vocals hover at the forefront until drummer John Clardy's propulsive beat kicks in short, sharp jolts with wailing noise leading up to a triumphant crescendo. Elsewhere, "Bite" soars with a chiming harmonized guitar drone smeared over repetitive, mechanical sounding rhythms. Haunting Beach Boys style "do do do" vocals lead in to the bubbly, rapid-fire notes of "Sunburn" before erupting into the unabashed pop hooks of the chorus. Mellower moments, like the swooning guitar drone and vocal harmonies of "No Phase" and threadbare-yet-bludgeoning "Melody Nine" show just how richly developed the band's musical palette has become. "Tropic Lame" sounds almost reminiscent of Goo-era Sonic Youth's maligned guitar melodies -- skronking, ringing, bending -- while the whole band lean into their instruments to create a massive haze of joyful noise.

"I'd initially wanted to make a really simple and minimal record," Reinhart says. "But our minds wander way too much, so when the songs came to life, they raged a little more than expected. In the process, it became clear that to move forward we needed to think less." Clardy agrees, "we're not trying to bludgeon people over their heads with technicality. It's more deceptively simple."

X'ed Out will be available everywhere April 16th, 2013 on LP, CD and download via Sargent House.