- January 28, 2013
If you didn't know that you needed some 60s era psych blues to close out your Monday, Wolf People's "All Returns" will convince you that this was the case.  "All Returns" is the first single from the band's upcoming new album, Fain. 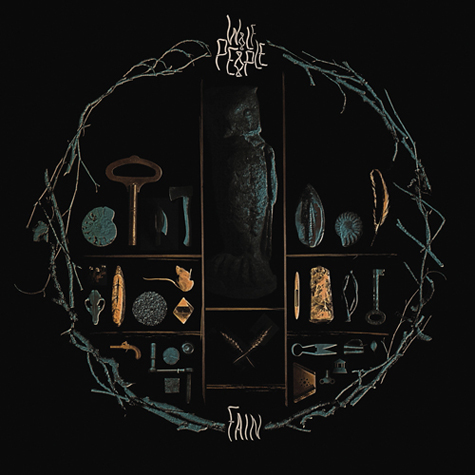 All info below comes courtesy of Jagjaguwar.


Jagjaguwar will release the second full-length studio album by England's Wolf People, Fain, on April 30th (29th in the UK).

Recorded in a beautiful and isolated house in the Yorkshire Dales, Fain is the sound of a band at the peak of their creative powers. It’s an honest and natural album that allows its stories, its melodies, its themes and structures to breathe. The album draws on more traditional English and Scottish folk melodies than anything they’ve done before, but not straying from the drop-out fuzz-rock route they’ve made their own. The influences are vast – British rock bands like Groundhogs, Dark, Mighty Baby and Peter Green’s Fleetwood Mac are evident in the swirling and distorted guitars throughout Fain, along with the 60s revival folk of Fairport Convention, Nic Jones, and Trees. Additionally they have looked towards Scandinavian’s rich psychedelic tradition both new and old – you can hear the likes of Mecki Mark Men, Mikael Ramel and contemporaries Dungen. You can even hear the band’s teenage forays into Hip-Hop in the drums of ‘Thief’ and ‘Athol’.

It rained constantly throughout the recording process, and the house was so packed with gear and recording equipment that the band was forced to sleep in tents and caravans parked outside. Whilst performing, they could look out into the vast countryside and catch sight of buzzards, hares, curlews and hundreds upon hundreds of crows and gulls. The fire was on permanently, overnight and throughout the day. A serene experience that informs every track on the album. It was mixed and finished in the equally rainy London, with additional performances from Olivia Chaney on piano and backing vocals, plus Nic Kearey and Rachel Davies of Stick in the Wheel and Various (XL). Jace Lasek (The Besnard Lakes) recorded backing vocals in Vancouver remotely for "All Returns."

As evidenced by the first single "All Returns," Fain is more lyrically focused than anything they've previously recorded.. The song tells the story of a dream Jack Sharp (guitars/vocals) had whilst writing for the album in his native Bedford, during which an acquaintance had looked into his eyes and seen into his soul whilst calmly describing his faults and inner demons - a truly cathartic experience. However, says Sharp, his life is largely “too banal” for material, and he largely draws upon snapshots of history to furnish him with the ideas for lyrics. Stand out track “Thief” is taken from various stories of highwaymen that had been made famous by broadsheet ballads and plays – the likes of Charles Peace, William Nevison, Jonathan Wild and Jack Sheppard. He delivers this story in first person, almost as if he is playing the part of a complete degenerate with little or no conscience or morals. As Sharp says, “It’s like a form of tourism. You can visit but not live in the mind of an appalling human being.“