Ensemble Pearl: "Painting On A Corpse"

The album will also feature composers Eyvind Kang and Timba Harris and will be released via Drag City Records on March 18th. 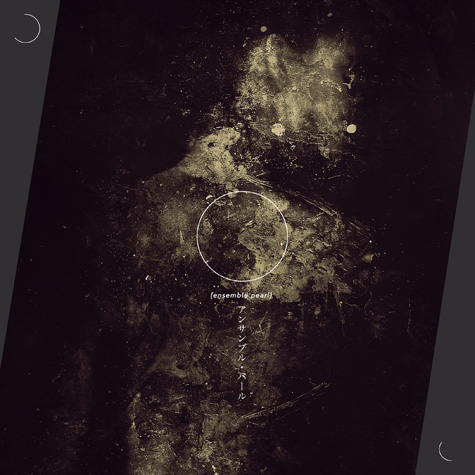 Ensemble Pearl are Atsuo, William Herzog, Michio Kurihara and Stephen O'Malley. Their self titled debut album also features the elemental forces of Eyvind Kang and Timba Harris. These players have all moved air and earth in many other projects and can create monolith and river alike on their own - but for Ensemble Pearl they give and take, knowing and understanding each other's strengths and lack of weakness. Rather than blast sheets of air-filling sound, their contributions float the space with positive and negative dynamics. There are no borders being patrolled, allowing Ensemble Pearl to move from place to place unhindered.

Today Ensemble Pearl cast light on the immersive album track "Painting On A Corpse" via The Quietus - our first real insight into the music of this distinguished ensemble: http://thequietus.com/articles/11430-ensemble-pearl-painting-on-a-corpse-listen

Across this debut album, cosmic heavy amplified rock drops and ripples, auras radiate and expand into cloudforms, through which lightning bolts. Tides rise, the moons wax upon a place somewhere between Link Wray, Hex-era Earth and early Tangerine Dream. The echoes return, leaving a trail that blows and drifts, creating a separate piece. The metal of coils is the metal of the earth, the air... the meteoric and primal elements found in space. Ensemble Pearl reaches through the clouds and atmospheres and brings it all back down to the ground, to forge further creations for woman and man. With music production that is inspired by rock from the classic era (50s through 70s) and acousmatic contemporary composition alike.

Over the course of six sides of music (and four sides of vinyl) they ride the jet stream as the world revolves slowly below, static almost, shimmering imperceptibly, mostly water. In and amongst the sprays of foam, there's a wash of twin-lead psych-proggery, a raft of tribal-beat sun worship, a passing rumble of neck-stretching, some delicate noise-blowing, a bit of float-and-drone and finally, a majestic drift into the deep waters of dub atmosphere.

Ensemble Pearl was recorded by Masato Suzuki, mixed by Randall Dunn and mastered by Bob Weston. The album features artwork from Simon Fowler and Michał Mozolewski that extends and enhances the music in integral fashion, helping to make Ensemble Pearl a complete experience for the aspirant listener, a full-spectrum sensory bath.

The album will be released 18 March 2013 on Drag City on double LP (housed in a gatefold sleeve), CD and digital formats.