Acoustics and amplification: You can bet that a cavernous hall provides quite the conduit for doom-laden, sludge metal and to many its mere presence within a place of worship would likely qualify as blasphemy.  So, that's what Bong has going for them. 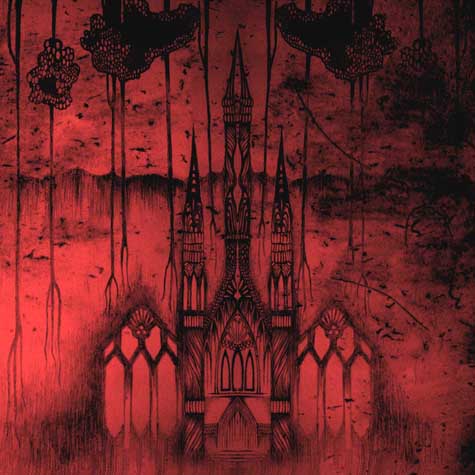 Bong's new live album, Live at St. Mary's Old Church & Burial Ground, is two sides and two songs ("Church" and "Burial"), a limited run LP ably translating the enormity of sound captured during this performance on October 16th, 2011.  While Bong stretch their guitars throughout the expanse, lengthy tones conspiring into an aural soup, voices drone with an air of ceremonial observance.  It's an effective approach, though a tad predictable.  Live at St. Mary's is an effort concerned mainly with scale and of that there is no shortage.

Nature of the genre: to impress upon as opposed to impress.