- February 07, 2013
Mogwai's soundtrack for the French television show, Les Revenants, will be released by Sub Pop on February 26th.  Their new single "Wizard Motor" surfaced today, pushing the band's signature drama and expansive guitar sound into the televised realm with decent enough results.  Considering the supernatural tone of the show, "Wizard Motor," at the very least, sounds appropriate to the subject matter. 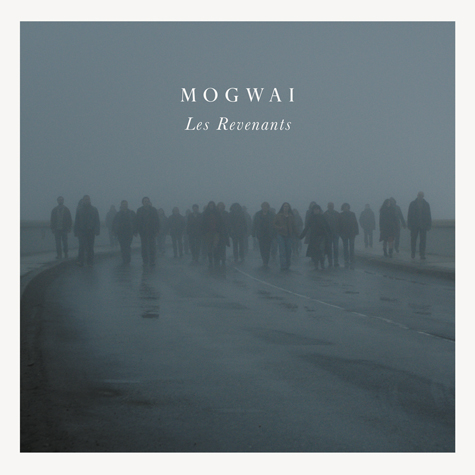 Sample the tune and review the info below.  All info, links and music were provided by Sub Pop.

Available on CD, LP and digitally;
Europe on February 25 via Rock Action

At this time you can listen to the album’s lead-off track “Wizard Motor” here as well as watch a Les Revenants TV spot here. Please find a full tracklisting below.

There’s something to be said for a band that, seven studio albums, two soundtracks, a live album and two remix albums into their career, can still twist their artistic journey towards fresh directions that continually surprise and reveal new aspects of their sound. If Mogwai’s decision to create the score to Canal+ supernatural thriller series Les Revenants (meaning ‘Ghosts’) came a little out of leftfield, then what they’ve come up with for the French television network probably wrong-footed even those that gave them the brief.

A quick background to Les Revenants: adapted from the eponymous Robin Campillo-directed 2004 film, the series unfolds in an isolated French mountain town, where the locals are troubled after children who were tragically killed in a bus crash appear to come back to life, unaware that they’d died. A wonderfully captured perennial sense of unease and limbo sustains throughout each episode, with dully lit scenes and a sparsely-set location adding to the atmosphere. “We were actually big fans of the director Fabrice Gobert’s film Simon Werner a Disparu, which had a soundtrack by Sonic Youth,” comments Mogwai’s Stuart Braithwaite of their decision to take the project, “and we found the story for Les Revenants incredibly interesting.”

The band was approached on the basis of their phenomenal work for the Douglas Gordon documentary Zidane: A 21st Century Portrait. Much like on that Zidane soundtrack, the group have turned away again from their recognised path towards the fascinating new; their familiar layers on layers of textural guitar have been stripped away, allowing isolated piano and keys to wander with grip-like tension through the fourteen tracks. There’s something intangibly Mogwai here still, but it’s been refracted through a fresh prism.

“The whole process was completely new for us,” says Braithwaite in explaining this departure. “The remit given to us was very vague – which was ideal – but we were still working to instruction for the first time, which offered a new kind of limitation. As it was a TV series soundtrack too, there was more than four times the amount of screen time for us to put music to, had to be created in a short period of time.” That condensed nature of writing and recording is what gives the Les Revenants soundtrack its sense of immediacy. Much more has been made of repetition and looped motifs, used to enhance the both the anxiety of what’s unfolding on the screen, and also as a device for the group to experiment with refined dynamics in a new way.

“The tension is in the story already so, with that in mind, all we felt necessary was to add to the atmosphere” comments Braithwaite on the feeling of restraint that runs through the record. “This definitely made the music more subdued than a normal Mogwai record, where the atmosphere is needed to be created completely by the music.”

Amidst this drawn out cord of nervous energy, though, was one complete curio: “Initially we had to send the producers a load of demos and I found this cover version Washington Phillips’ ‘What Are They Doing In Heaven Today?’ I’d done solo that I’d intended to submit to a tribute album to late musician Jack Rose [from noise/drone band Pelt who died of a heart attack in 2009]. It was a surprise that they used it but it fitted well in the end.” Braithwaite’s paean to his former friend is an arrestingly beautiful rearrangement of the 1920’s Texan gospel singer’s original, completely unlike anything released under the Mogwai name and a perfect contrast to the rest of the soundtrack’s subtle agitation. But then that’s Mogwai for you: always evolving, always surprising - this is another sublime addition to their canon.