- February 28, 2013
A fluttery electro-propulsive new wave single is what I needed to hear today apparently.  Small Black has released "Free At Dawn," the band's latest offering and the first single from their upcoming new album, Limits Of Desire, which won't be out until May 14th.

All info, links and audio are courtesy of the great people at Jagjaguwar. 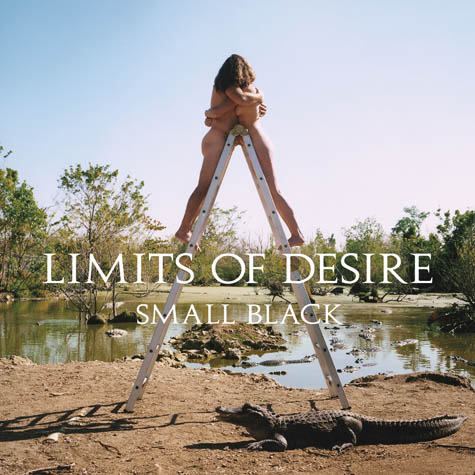 Small Black have announced that they will release their new album, Limits of Desire on May 14, 2013 via Jagjaguwar. They have shared the first single with The FADER today, along with the album art and tracklisting.

Stream the first single "Free At Dawn" on SoundCloud

Stream the first single "Free At Dawn" on YouTube

The cover of the album, shot by Dutch artist Scarlett Hooft Graafland, serves as as sort of visual source code for its themes. How are our desires limited and how, in turn, are we limited by them? Featuring a man and a woman embracing on either side of a ladder, the two are completely naked, divided by its triangular span - close but unable to get any closer. It is a moving depiction of modern connectivity and interaction.

Built off the back of 2010's New Chain and 2009's self-titled EP, Limits of Desire is a crystallization of Small Black's gorgeous synth-pop sound. Together the four piece, Josh Hayden Kolenik (keys, vocals), Ryan Heyner (guitar, keys, vocals), Juan Pieczanski (bass, guitar) and Jeff Curtin (drums, percussion) have moved past the hazy, bedroom-recorded feel of their previous releases with a refined sound that pares back embellishments, trading dense layers for space and clarity of vision.

Watch the trailer for Limits of Desire

This was achieved, in part, with the addition of live drums, electric guitar and trumpet to the band's sonic palette. Speaking with SPIN recently, Kolenik pointed out these changes saying, "New Chain was hyper-layered collage-y by design and as an artist you always want to fight against what you did last...as you get a little older and more learned in your craft, you want to show everything and not hide behind multiple vocal takes or any sort of haze."

The tracks are, accordingly, sophisticated and precisely rendered. "Free At Dawn" starts at a low rumble and builds to a climax with Kolenik chanting the title over soaring guitars and synths. "Breathless" takes Lynchian lyrics ("Saw both my life and death / in two lines / felt the kick of fate / there I was invisible / out of phase") and sets them to a bumping electro-pop theme, which is then immediately ratcheted up to epic on "Proper Spirit" where Kolenik croons flirtatiously over razor sharp synths. "No Stranger" is the kind of private origin story couples tell each other for reassurance ("Tell me where you thought you saw me / Tell me why you asked my name"), dressed up for the club like one of Robyn's best heartbreakers. This the sound of four skilled musicians crafting stories about intimacy on the highest level. Ultimately, Limits of Desire is the sound of a band arriving.