- April 16, 2013
The dance punk throb of the title track for Odonis Odonis' new EP now has visual accompaniment.  Though qualifying as "industrial," I liken Odonis Odonis to a bratty, possibly more ominous version of the early 80s Manchester band A Certain Ratio or the funk-laden post-punk from 23 Skidoo.  They also sort of remind me of where Mi Ami was going creatively before singing the body electric.

The Better EP is out today via Buzz Records.  All info comes courtesy of Force Field PR. 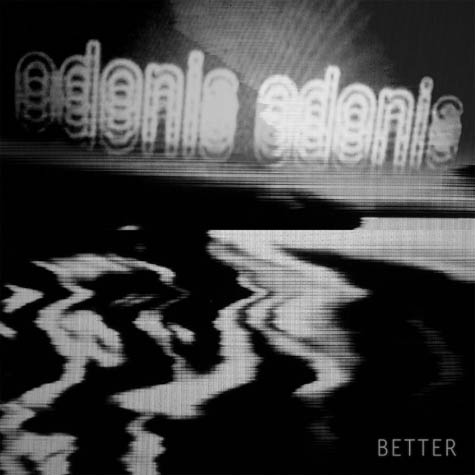 On tour now with METZ

Toronto-based industrial outfit Odonis Odonis debut the music video for "Better", from their EP of the same name, out today on Buzz Records. The video was co-directed by Dean Tzenos (singer and guitarist of the band) and Cameron Tomsett. Watch the ominous video on SPIN.
The band is currently on tour with METZ, and is slated to play this year's Austin Psych Fest (w/ A Place to Bury Strangers). Full tour dates below.

About Odonis Odonis:
Industrial surfgaze outfit Odonis Odonis is the brainchild of prolific polymath, Dean Tzenos. Having spent 2012 supporting their debut LP, Hollandaze, with luminaries such as Ty Segall, Fucked Up and Mogwai; Odonis Odonis now return with the Better EP (April 16, 2013).

If Hollandaze was a campy b-horror movie, than Better plays out more like a true cult horror classic. Mixing violent guitar stabs over moody drums and bass, Better evokes a sense of looming dread that's nipping at your heels. The intensity is blindingly twisted. Unpredictable. And you'll be gripping your seat until your heart comes to a full stop.

Alongside bandmates Jarod Gibson (THIGHS) and Denholm Whale, Odonis Odonis will be hitting the road in support of Better including METZ's Spring 2013 US tour, 35 Denton (w/ The Soft Moon) and Austin Psych Fest (w/ A Place to Bury Strangers).

I will say, though, it's nice to get comments once in a while.  I don't normally get them unless I make a mistake.
dance ep punk single upcoming tours video

Thanks for pointing out the error.