- May 01, 2013
A bit of Southern-laced, slow rock to warm the blood — "Lioness," the latest single from Iron Tongue's upcoming LP, The Dogs Have Barked, The Birds Have Flown, evokes the 70s hard rock spun by groups like Deep Purple and Cactus, though it's hard to discount the stoned rage of bands like Goatsnake and Sleep.  Really sweet bass tone. 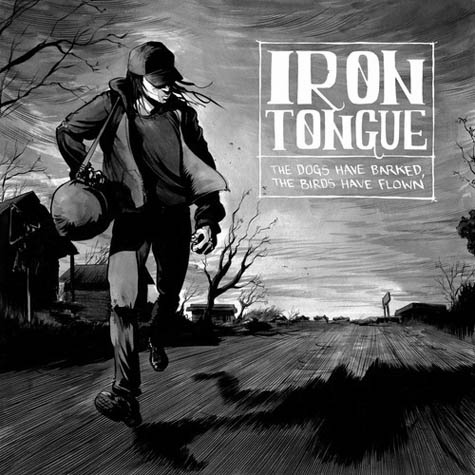 Arkansas southern rock rabble-rousers IRON TONGUE have unleashed another soulful hymn from their forthcoming album, The Dogs Have Barked, The Birds Have Flown, which is set for release in North America via Neurot Recordings on May 28th.

One of the standouts of the record, “Lioness” draws listeners in from the opening stoney, groove-laden bass wizardy of Andy Warr and Stephanie Smittle's alluring backing vocals, before the ultra-bottom heavy guitars and Chris Terry's rugged, blues-stained vocals come forth and the track explodes into a mammoth rock jam.

Classic Rock are hosting "Lioness" on their website today, be sure to check it out at THIS LOCATION.

Additionally, you can still check out “7 Days” via The Obelisk HERE.

IRON TONGUE will bring the power of the riff to the stage with a handful of local shows beginning April 26 with additional dates to be announced in the coming weeks.

“…a solid slab of balls to the wall shameless rock, with a power and an edge and soul that rarely exists in music today…” — Neurosis’ Steve Von Till