- July 22, 2013
There's a new documentary examining Paul McCartney's role in UK's underground scene during the latter half of the 60s called, Going Underground: Paul McCartney, the Beatles, and the UK Counter-Culture.  As John Lennon is the Beatle often associated with the avant-garde simply because he married a pop artist who liked to bellow and squeal ad-fucking-nauseum and drive nails into wood, McCartney had investigated the likes of John Cage and Stockhausen while The Beatles were investing their drug-'spanded hues into studio output and had apparently rubbed shoulders with some interesting, "far out" folk.  Very interested to check this out.

Give the trailer a look and read up.  All info comes courtesy of MVD Entertainment Group.

GOING UNDERGROUND
Paul McCartney, the Beatles, and the UK Counter-Culture 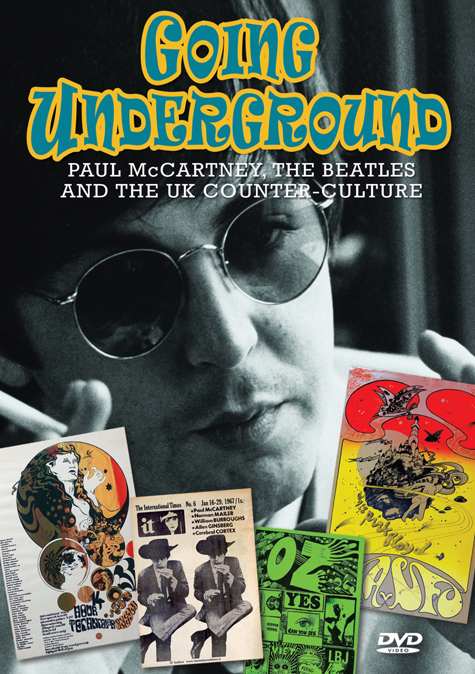 Coming to DVD on October 1st

In the mid-1960s the often rigid and colourless British way of life was irrevocably transformed by the emergence of a cultural underground movement. Led by a loose collective of young radicals, they introduced new social, sexual and aesthetic perspectives. Operating out of the heart of London, their various activities, from 'The International Times' - a bi-weekly journal that no hipster could be seen without - to the psychedelic nightclub UFO, promoted alternative lifestyles and values, and sparked a social revolution.

This film not only traces the history of this underground scene, but also explores its impact on the pre-eminent British group of the era, The Beatles. Although they were well established by the time the movement emerged, Paul McCartney in particular, was closely linked with several of its key players, and through his exposure to cutting edge concepts brought ideas directly from the avant-garde into the mainstream.

Also includes rare archive footage, photographs from private collections and music from The Pink Floyd, The Beatles, Soft Machine, AMM and others.