- July 30, 2013
I posted the first single, "Elevator," from TV Ghost a couple weeks ago.  A new video and single has surfaced and it's worth checking out.

The band will be releasing a new album, Disconnect, in early September via In The Red.  All info comes courtesy of Enabler PR. 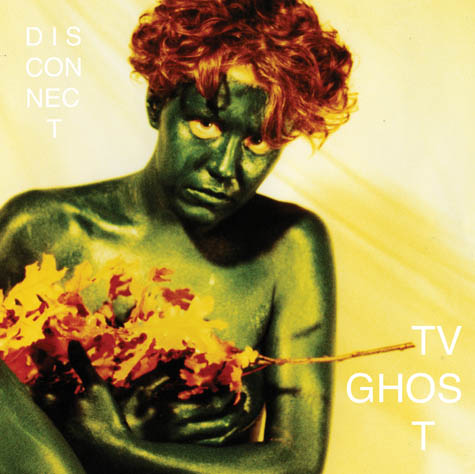 NEW ALBUM DISCONNECT OUT SEPTEMBER 3 ON IN THE RED RECORDS

Today, psychedelic post-punks, TV Ghost, premiered their new video “Five Colors Blind” with Vice’s Noisey HERE. On September 3, TV Ghost release their third full-length LP, Disconnect, on In The Red Records. Disconnect pushes the Indiana born band even further down their unparalleled tunnel of multidimensional broadcast interceptions. They have incorporated churning rhythms and psychedelic drone into a lush torrent of gaseous keys, sprawling guitars and eerie melody – echoing some Can kraut and Bad Seeds swagger, while infectiously stirring together a grinding, goth sludge of Heaven Up Here-era Bunnymen and The Cure’s Pornography. Check out their first single “Elevator” HERE on TV Ghost’s Soundcloud and watch “Five Colors Blind” HERE on YouTube!

Tim Gick was just returning from the alley back into the scene of the aborted show that had shamed him out of the record store. The guitar and bass so recently abandoned, had been taken up by Jackson VanHorn and Brahne Hoeft respectively. It was early in the year 2005. The three spent the next year or so together with Jimmy Frezza in stoned tragedy, hammering away obscurely, trying to divine signs in the wake of small town existence. But nothing would stabilize. Stark times for an isolated teenager with no prospect for the future. In late 2006, with a shared malaise for the cultural waste that had born them up, TV Ghost was formed. Now after six years of extensive touring TV Ghost bring you Disconnect. With the cybernetic squalor of Cold Fish and the churning sea-saw of Mass Dream, still lingering in strands overhead, TV Ghost have found a new maturity in their third full-length for In The Red Records. Disconnect is a journey to the depths of the dream and its awakening.