- October 01, 2013
Dylan Carlson, mastermind behind drone progenitors, Earth, will be touring solo and releasing "Holly's Jeans," a new single to be featured on a split 7" he'll be sharing with touring mate, Rogier Smal.  Those familiar with Earth and Carlson's penchant for meditative and lengthy instrumentals won't find anything really new here, but "Holly's Jeans" is still engaging enough a listen.  Carlson has an ability to sort of hone in on what will musically inspire an individual to sit and drift along, repetition and resistance to variation resulting in no true consequence to his vision. 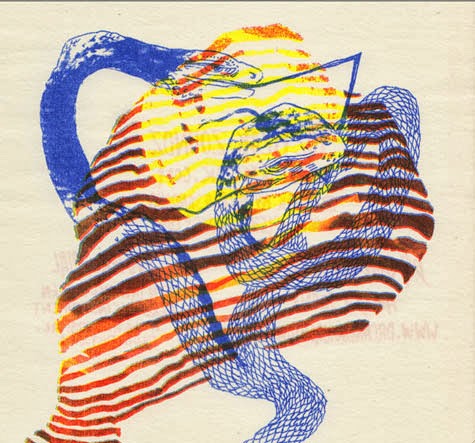 You can listen to the track below.  All info is courtesy of Rarely Unable.

Apparently, there's also news of an upcoming Earth album.  If interested, you can find reviews on the following Earth albums below:

Expanding on the far-reaching folkloric explorations of drcarlsonalbion’s solo tour of last year, the totemic figure and his celebrated guitar will be bolstered by the accompaniment of Rogier Smal on drums on the upcoming UK tour which commences on 14 October in Bristol.

The duo will be playing material from a split 7” released in conjunction with the tour, as well as expanding and elongating material from drcarlsonablion’s recent Hackney Lass and Latitudes series releases.

Here are the tour dates:

Earth will be playing an exclusive show at Unsound Festival in Krakow, Poland, on October 19th, alongside Monolake, King Midas Sound, Eyvind Kang and Altar of Plagues amongst others. The lineup for this show is composed of Dylan Carlson (guitar), Adrienne Davies (drums) and Bill Herzog (bass). In other Earth news, there is a new album in the pipeline, with further details to arrive in good time.

Find footage of drcarlsonalbion’s prior tour at this link - http://www.youtube.com/watch?v=bIBCU9CXK-k