Liars: "Mess On A Mission" (and a limited-edition album covered in string)

- January 31, 2014
So, there are 500 of these available for pre-order.  If you have money and meet the appropriate criteria recommended before purchasing, (like, if you're a Liars fan and you really want to own their upcoming new album, Mess, in some physical manner), you should probably think about picking this up.

Me?  I'm broke.  I know that the asking price of $35 is generous, but it's a couple days till payday and the family has to eat. And, to be honest, this is the type of specialized, high-value album I would NEVER play.  It's a vacuum-sealed gate-fold with REAL string housing clear vinyl: it checks off all the little boxes that qualify the release as both inventive and instantly collectable.  And, then there's that whole "limited edition" thing.  While the designer and visual fetishist in me believes that this album is somehow necessary for the preservation of my ability to work creatively and remain inspired (which, to some extent, might be true), the audiophile (or, at least the person who gets a certain degree of pleasure actually listening to his records) realizes that I would be making more of an investment in an object I could never really touch than an object I could truly enjoy.  I like collectables, too, but I have a difficulty adopting such a philistine philosophy when an album's contents mean so much.

Having said that, this is still really fucking cool. 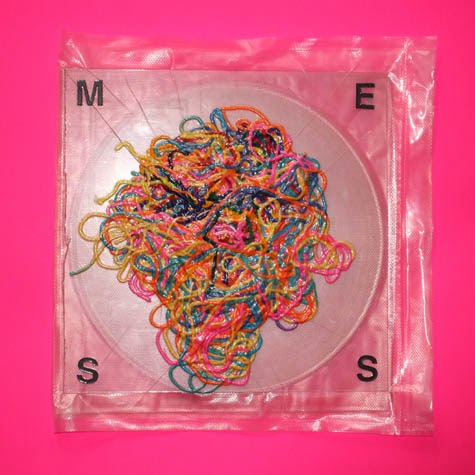