- May 30, 2014
Drew Daniel of Matmos has had a side project known as The Soft Pink Truth for a number of years now, making electronic and house albums and reinterpreting outsider genres like punk and hardcore through the flamboyant, electronic gaze of synth pop.  For his latest endeavor, Why Do The Heathen Rage?, Daniel has seen fit to create electronic covers of Black Metal songs.  His album will be out mid-June and boasts assistance from performers like Antony Hegarty (Antony and the Johnsons), Jenn Wasner (Wye Oak) and Terrance Hannum (Locrian).  While I'm not completely sure I'm board with this idea, mostly because the notion of an album full of synth pop black metal covers seems more of a novelty than any lasting statement, more kitsch than comment, what versions of Daniel's output I've heard have at least been interesting as opposed to amusing.  You get the sense the guy is a fan and that through his medium, while it will likely be taken as schtick by some, he's genuinely getting at something.

He says the following:

"Just as blasphemy both affirms and assaults the sacred powers it invokes and inverts, so too this record celebrates black metal and offers queer critique, mockery, and profanation of its ideological morass in equal measure." 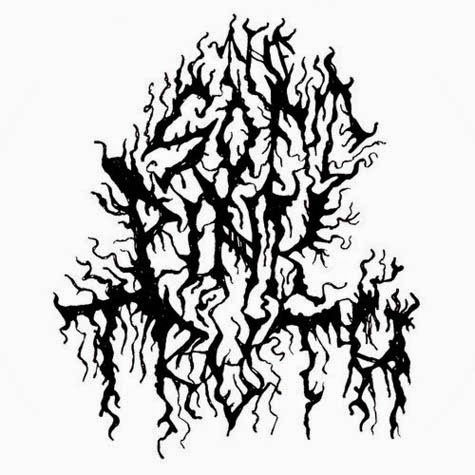 The interesting aspect of Daniel's commitment to this project is that he's attempting to reconcile his own fascinations with the genre in spite of the fundamentalist extremes Black Metal has come to be known, most assuredly because of figures like Burzum's Varg Vikernes.  It's easy enough to say "Fuck Varg's Racist, Anti-Semetic...blahblahblah" in order to separate himself from that aspect of the artist, but when you listen to his version of Burzum's track, (not too much of a stretch because the original is just as ambient and meditative), there's a considerable amount of respect for the material.  This dilemma often comes to pass: how do you align yourself with an artist whose faults are considerable without having to abandon the art altogether?  It's not uncommon to find awful people who have enriched many through their work as a painter, author or composer.

Daniel eloquently explains his position on Burzum in an interview for Pitchfork's Show No Mercy column.  You can find the interview here and listen to the track below.  Burzum's original can be found here.

Also, as an added bonus, my brother's metal band, Höllenlärm, covered Sarcofago's "Ready to Fuck" for a compilation a couple years ago.  You can find that here. (Yeah, yeah... shameless plug. Deal with it.)

All info, links and tracks were provided by Thrill Jockey Records.

"Just as blasphemy both affirms and assaults the sacred powers it invokes and inverts, so too this record celebrates black metal and offers queer critique, mockery, and profanation of its ideological morass in equal measure” - Drew Daniel/The Soft Pink Truth

The Soft Pink Truth, Drew Daniel of Matmos' solo enterprise, will release Why Do The Heathen Rage?, a collection of electronic covers of black metal classics, on June 16th via Thrill Jockey in Europe. With help from good friends Antony Hegarty of Antony and the Johnsons, Jenn Wasner of Wye Oak, Terrance Hannum of Locrian, his Matmos partner in crime M.C. Schmidt and more.

In the latest Show No Mercy feature on Pitchfork, long time metal fan Drew talks about this relationship with the genre, why he actually covered a Burzum song, his opinions on Varg Vikernes and working with Antony Hegarty on his forthcoming The Soft Pink Truth record.