- July 16, 2014
Over the past couple weeks, the music blogs and the A-list of the taste informing music press have been pulling together countdowns for the best albums of 2014's halfway mark as if waiting for the normal end of the year to arrive was just too much to bear.

While I'm just as excitable, dorky and self-important when it comes to selecting my various favorites over the course of the year, (I've already amassed a good three-quarters of my annual mix in my head), I'm not sure the "so far" lists are all that necessary, especially since many of these releases are going to be touched upon come December anyway. How many different ways can you summarize your favorite albums of the year without repeating yourself? Just seems a tad redundant.

But, as is the case with many of us struggling to maintain our music-related blogs, I'm trying to satisfy, inform and maybe even grow a loyal and thoroughly engaged readership.  Having said that, with regard to building a mid-year "best of," I'm going to list the 2014 albums I've purchased so far.  While I understand that isn't an actual take on the mid-year thing, it's a way for me to compile new releases in a non-industry or PR manner of speaking and comment on them as a fan as opposed to a critic.  And, of course, this will be ongoing as I acquire more material to discuss.

Hope you enjoy.  Comments are more than welcome. 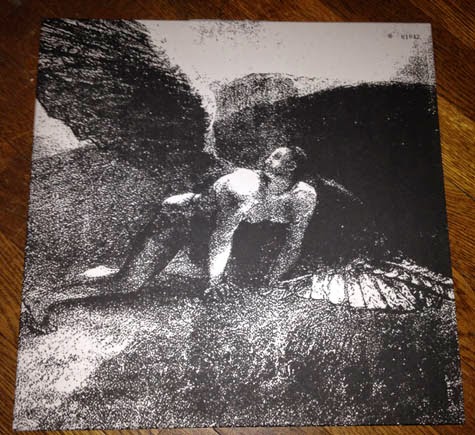 Sunn O))) released a limited run of the split-label EP, La Reh 012, earlier this year, (sharing credit between Greg Anderson's Southern Lord and Stephen O'Malley's Ideologic Organ label).  It's one track per side, though both tracks are titled as medleys.  The album was recorded in Los Angeles in 2012 and later mixed in Paris in 2013.  This was the first album I bought in 2014.

While I'm normally fond of the evil Anderson and O'Malley conjure, I haven't been too engaged by this EP.  It's a rehearsal tape basically, so I knew not to expect something as meticulously crafted as Monoliths & Dimensions.  But even to me, La Reh 012 sounds like more of an overlong sound check than a drone piece, especially the A-side, "Last One/Valentine's Day:" 18-plus minutes and only the seemingly haphazard and slow suffocation of a fretboard reverberates throughout its running time.  To some this may sound comparable to other Sunn O))) releases, and I can't argue too much with that logic.  But, there's at least a sense of composition to many of the group's more static drones, tracks like "Richard" from ØØ Void or "My Wall," (which is saved by Julian Cope's recitation of a poem), from White 1 sounding somewhat aimless despite being laden with textures and tones, both of which grow more apparent with continual listens.  There's not a whole lot revealing here, no utilization of the sonic canvas.  The tones are Sunn O)))'s signature—immediately identifiable.  But, it's as if the sound is simply asked to breathe.  There are some interesting tonal changes toward the end of the track, sounds heighten and whine momentarily as if attempting to play some resemblance to actual notes, but they're fleeting.

For the second track, "Invisible/Sleeper," the material is advanced with some added moog tones and the incidental sounds of suffering, weeping voices.  It's deeper, more composed.  The riffs thrash instead of rest.  The bass tone makes its way beneath the mire.

My copy arrived with a tear at the top of the sleeve, the album having sliced through at some point during transit.  There are copies of La Reh 012 on Discogs going for anywhere between $50 to $100 because of its limited run, so my copy is essentially worthless with the damage to the sleeve.  Not that I'm a philistine when it comes to my record collection, but I'm still a little burnt about getting a damaged copy.  Some asshole even has a sealed copy he's priced for over $1,300. 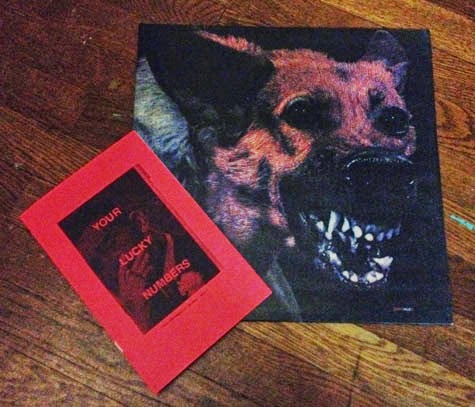 Minimalist and groove-oriented arrangements that owe some debt to post-punk mainstays like The Pop Group and The Fall, vocalist Joe Casey delivering his observances ("Judge Mathis would never stand for it") in half-sung pronunciations like a midwestern Mark E. Smith, Protomartyr build upon the influences of their very own Detriot rock city and cultivate an excellent blend of art rock and garage punk that's either high-tempo and straightforward ("Pagans," "Son of Dis") or oddly shaped and imbalanced ("Tarpeian Rock," "Scum, Rise!," "Come & See"). What I find fascinating about Protomartyr is that they make a strong case for being strange and accessible, neither disowning their natural penchant for grit and volume or throwing themselves into a full-on frenzy of mashed notes and ear fucks.  There's nothing grating or alienating about this album, but you're also not going to find any easy sell.

With this album, too, I've found one of my favorite songs of 2014: "Bad Advice," which is a percussively cycled gem that's driven by an excellent bass riff and some well-timed guitar phrasing.  I absolutely love this track:

I ordered the album directly from Hardly Art and it was delivered with a 'zine styled lyric book.