- July 14, 2014
I was on vacation last week, (and offline for the most part), so I didn't get to post about this until today. Howard Wuelfing of Howlin' Wuelf Media sent over two press releases with info about some new Superior Viaduct reissues, the most exciting of which is The Gun Club's Fire of Love, which has been out of print for quite some time. Also reissued are A Minute to Pray a Second to Die by The Flesh Eaters, the 1972 self-titled release from Brigitte Fontaine and Allez-Téia by Heldon (a.k.a, Richard Pinhas).

As mentioned, but shall reiterate for the sake of credit being properly given, all info has been provided by Howlin' Wuelf Media. 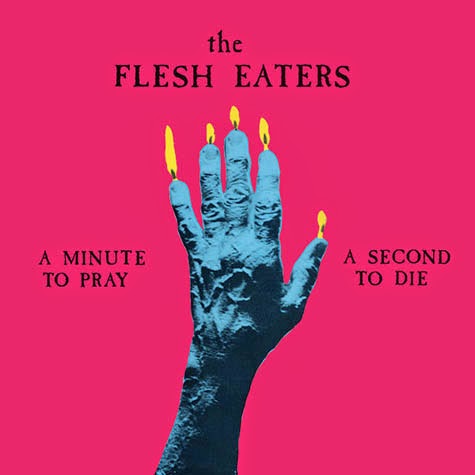 The Flesh Eaters is the name behind one Chris Desjardins aka Chris D. Taking his stage name from a 1964 cult film, Chris D. wrote for legendary fanzine Slash in the late '70s and assembled the first of many Flesh Eaters line-ups from heavyweights in the burgeoning L.A. punk scene. After releasing a ravenous EP and heart-ripping debut album, The Flesh Eaters unleashed their era-defining statement, A Minute To Pray A Second to Die.

Originally released in 1981, A Minute To Pray brings together the greatest band in American rock history: Dave Alvin (Blasters) on guitar, John Doe (X) on bass, Steve Berlin (Los Lobos) on sax, along with Bill Batemen (Blasters) and DJ Bonebrake (X) providing the album's trademark percussive backbone. Chris D. leads the group like a man possessed. Through a series of grotesque vignettes, his lyrical prowess and indelible growl stand toe-to-toe with the music's powerful shifts.

From opener "Digging My Grave" (resembling a diesel-charged Magic Band) to the gothic groove of "Divine Horsemen," each song is its own hairy beast. Inspired by African tribal music, '60s garage-rock churn and Funhouse-era Stooges swing, A Minute To Pray remains (according to author/archivist Byron Coley) "the best rock record ever recorded."

This first-time vinyl reissue and long out-of-print CD release has been carefully remastered and features liner notes by Byron Coley. Without a doubt, The Flesh Eaters will hypnotize a new flock of listeners in this millennium. 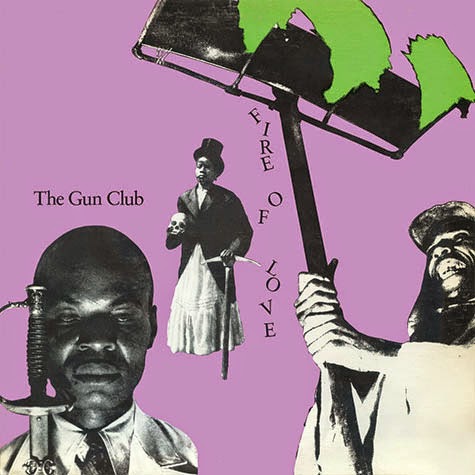 Fire of Love is the no-nonsense debut from blues-punk legends The Gun Club. Formed in 1979 - when singer Jeffrey Lee Pierce taught a young Kid Congo Powers to play guitar - the band injects the Delta blues, rockabilly and '60s garage with their own amplified fury.

Originally released in 1981 on Slash's sub-label Ruby Records, Fire of Love features the classic second line-up with Ward Dotson on guitar (replacing Powers who left to join The Cramps) and The Bags' rhythm section. Opener "Sex Beat" shakes and stutters in a dynamic slab of American rock n' roll that reverberates throughout the album. "She's Like Heroin To Me" is perhaps Pierce's most famous paean to modern love, elevating him to raucous demigod of the underground.

Take it straight from Chris D. of The Flesh Eaters who (along with Tito Larriva of The Plugz) produced these sessions: "Fire of Love is probably the definitive record to come out of this roots revival movement. Several people have told me that record made them want to start a band and come to Los Angeles."

This long out-of-print CD release has been carefully remastered and features liner notes by Chris D. 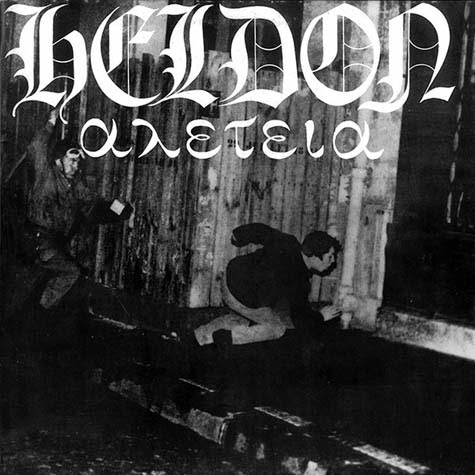 Allez-Téia, the second album by French guitarist Richard Pinhas under the Heldon moniker, was originally released in 1975 on Pinhas' own Disjuncta imprint. Far from the band's Prog-tinged trio line-up, Allez-Téia features a menagerie of guitars, Mellotron and analog synthesizers.

While the opening track, "In the Wake of King Fripp," pays homage to King Crimson in its title, heady textures and rhythmic meditations are more reminiscent of the German Kosmiche movement (Cluster, Harmonia et al) and post-rock experimentalists, such as Jim O'Rourke and Gastr del Sol. Acoustic guitar even makes a rare appearance - on the beautiful and melancholy track "Aphanisis."

With front cover artwork depicting the events of May '68 in Paris (by renowned photojournalist Gilles Caron), these dark ambient sounds make Allez-Téia perhaps the most revolutionary release in Heldon's influential catalogue, foreshadowing Pinhas' incredible solo work for decades to come. 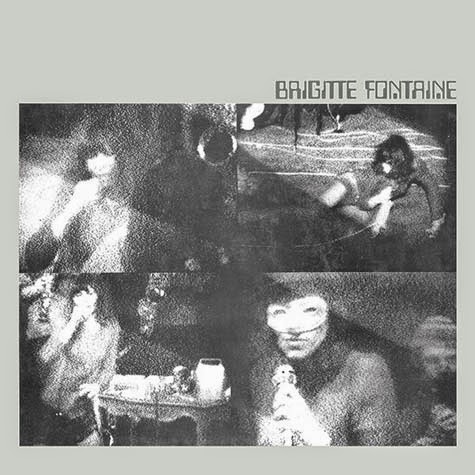 Never one to settle on a single musical style, Brigitte Fontaine followed up her debut, Est...Folle, and her astonishing collaboration with The Art Ensemble of Chicago, Comme À La Radio, with the most eclectic release of her lengthy career, 1972's Brigitte Fontaine. It is telling that Fontaine chose an eponymous title for her third album, the sole release from her venerable '70s catalogue attributed to her alone. Here the actress-come-singer has finally arrived.

From the introspective opening track, simply named "Brigitte," seductive melodies are perfectly perched above slithery bass lines and acoustic strumming. On "Moi Aussi," a sparse and trance-like duet with long-time collaborator Areski, Fontaine muses, "They put me in a cage and after they told me 'You fly down.'" Brigitte Fontaine is an unmatched European art-pop masterpiece anchored by both vocal and lyrical dexterity. In many ways, Fontaine's most compelling work and an excellent entry-point for those unfamiliar with this unique French icon.