- December 05, 2014
All Saints, a label that was launched in the early 90s, has just released four 90s-era Brian Eno LPs: Nerve Net (1992), The Shutov Assembly (1992), Neroli (1993) and The Drop (1997).  Electronic composer Chris Clark, (or as he's better known, Clark), pulled together a mix culling samples of each of the Eno releases.  It's a pretty fluid 34 minutes of instrumental (and some vocal) works and provides a convincing sales pitch for the releases.  I myself have unfortunately never heard these albums, so Clark's mash-up has given me reason to explore them.  If you want to check it out, you can do so via Soundcloud below:

If you'd like to find out more about the reissues, I've included info which was provided courtesy of Julian T. Schoen — Artist, Event & Project Management.  There are also two Eno cuts you can sample: "Prague" and "Fractal Zoom." 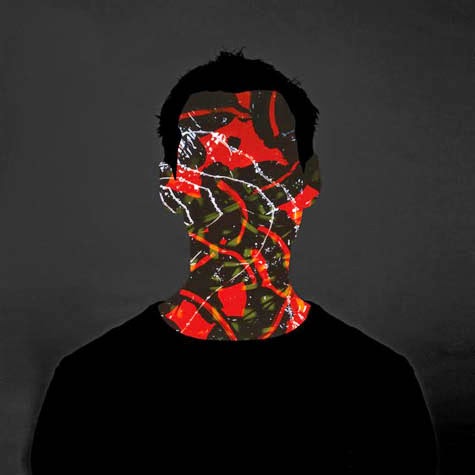 Buy the reissues via All Saints / Brian Eno Shops

All Saints Records was founded in 1992 by Dominic Norman-Taylor as an extension of Brian Eno's Opal Records.

This week saw the release of an ambitious Brian Eno reissue project, featuring 4 of his classic 90s records, each paired with their own bonus disc of previously unreleased, new and unheard Eno material from that time.

Today, Warp artist Clark presents a mix of Eno music showcasing music from all 8 discs of these reissues. Hear the mix now via Pitchfork, and head over to the Eno & All Saints shops for more info on the reissues.

All music by Brian Eno
Out Now -

1992's Nerve Net shows Eno returning to his more rock-oriented sound, as well as the long lost album My Squelchy Life, previously slated for a 1991 release but ultimately pulled at the last minute, lost in the lore of the Eno mythology until now.

A1. Fractal Zoom
A2. Wire Shock
A3. What Actually Happened?

Side B
B1. Pierre In Mist
B2. My Squelchy Life
B3. Juju Space Jazz
B4. The Roil, The Choke

The Shutov Assembly (1992), is an ode to Russian artist and friend Sergei Shutov, who used to paint to Eno's work but had difficulty accessing it through Soviet Russia. Eno collected unreleased material on a tape to give to Shutov, only to discover a common thread that transformed this into a complete body of work. The bonus material includes 7 unreleased recordings taken from the same period.

Side B
B1. Lanzarote
B2. Francisco
B3. Cavallino

1993's Neroli is named after the sensual oil derived from the Seville orange, and Eno links this LP to the sense of smell, fragrance and perfume. It is one solid piece with no break and is considered Eno's ultimate realization of "mood music". Also included is the previously unreleased New Space Music, a single, hour-long piece of ambient, long-form drone music complimenting Neroli.

1997's The Drop is "jazz from a vague, alien perspective" and Eno's foray into 'drop' music, with the additional bonus material including 9 rare tracks recorded during the same period and previously only available through a limited edition of 1000 sold at Eno's 2006 77 Million Paintings exhibit in Japan.

More info on All Saints

In 1992, All Saints was founded. Named after a West London street, the label re-issued albums originally released on Opal Records as well as new material from Brian and Roger Eno, Laraaji, Harold Budd and more. With more than 40 releases and over 20 years to its name, All Saints is compiling classic material alongside unheard rarities for several releases in 2013 and 2014.