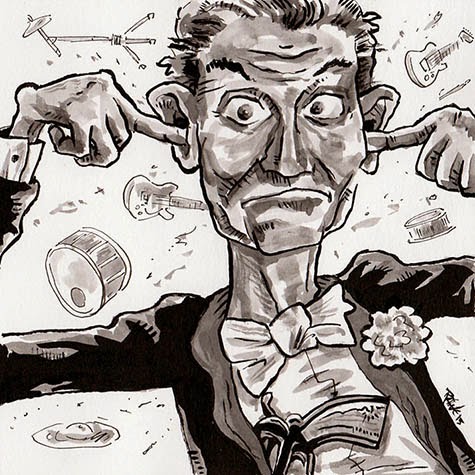 Can Can Heads is a Finnish noise rock band that recently decided to take recognizable hit songs and reinterpret them in a manner less style conscious and reverentially accurate than sloppily aggro and fit to mock in the spirit of fun.  Targeted for inspiration are Survivor, Michael Jackson, Van Halen and The MC5, the songs retitled for humor's sake, ("Peel It" for instance instead of "Beat It.")

Released digitally on Valentine's Day, Can Can Heads is Ruining the Classics is available to purchase through Bandcamp along with one of the best album summations I've ever read:

"Planning this 'release' took as long as it took to record them. Recorded in mono with one track tape recorder PA-Pak 07/02/2015."