- April 08, 2015
"The Metal East," Lightning Bolt's latest single from their newest release, Fantasy Empire, has been released with this very colorful and visually dazzling animated video. You can check it out here:

Fantasy Empire is currently out via Thrill Jockey Records, who were nice enough to supply the video, links and all the information you can read below. 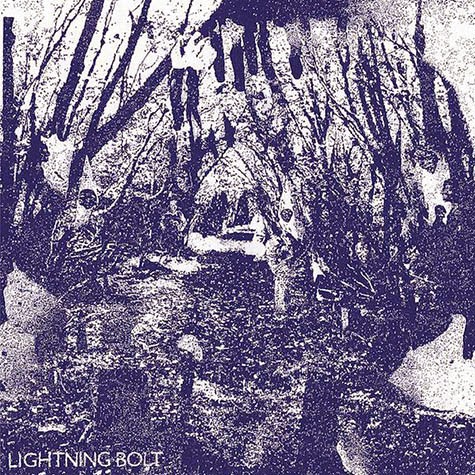 Lightning Bolt recently announced a short European tour this June and July. This will be their first European tour since 2009. The London event curated by Mogwai, will also feature Thrill Jockey labelmates Tortoise, as well as Wu-Tang Clan's GZA, Loop and Mugstar. Full dates are below.

Lightning Bolt's new album Fantasy Empire has received universal acclaim from critics and fans alike and is available in all good stores now. The duo are featured as this month's cover stars on Rock-A-Rolla Magazine. More details HERE.

“Fantasy Empire buzzes, drills and throbs with a brutal power that is relentlessly, terrifyingly exciting" - MOJO, 5/5
"Fantasy Empire is the best they've done it in a long time, and the new sheen makes everything seem magic again" - Pitchfork, 8.0

"The twosome decamp to a professional studio but somehow still do a stellar job of boosting fidelity without dialing down their energy or idiosyncrasies" - Loud and Quiet, 9/10

"Thrillingly primal and intuitive, with laser-cut drum patterns and riffs hammered to the precisely judged point of obliteration" - Uncut, 8/10

“The strength that emerges from the pair’s cohesive playfulness, is back and at its best since 2001” - Metal Hammer, 8/10

“As a project to capture the energy of a live gig, Fantasy Empire is near-flawless” - Drowned In Sound, 8/10

Over the course of its two-decade existence, Lightning Bolt has revolutionized underground rock in immeasurable ways. The duo broke the barrier between stage and audience by setting themselves up on the floor in the midst of the crowd. Their momentous live performances and the mania they inspired paved the way for similar tactics used by Dan Deacon and literally hundreds of others. Similarly, the band’s recordings have always been chaotic, roaring, blown out documents that sound like they could destroy even the toughest set of speakers. Fantasy Empire, Lightning Bolt’s sixth album and first in five years, is a fresh take from a band intent on pushing themselves musically and sonically while maintaining the aesthetic that has defined not only them, but an entire generation of noisemakers. It marks many firsts, most notably their first recordings made using hi-fi recording equipment at the famed Machines With Magnets, and their first album for Thrill Jockey. More than any previous album, Fantasy Empire sounds like drummer Brian Chippendale and bassist Brian Gibson are playing just a few feet away, using the clarity afforded by the studio to amplify the intensity they project. Every frantic drum hit, every fuzzed-out riff, sounds more present and tangible than ever before. Full bio HERE

Fantasy Empire Tracklist:
1. The Metal East
2. Over The River And Through The Woods
3. Horsepower
4. King Of My World
5. Mythmaster
6. Runaway Train
7. Leave The Lantern Lit
8. Dream Genie
9. Snow White (& The 7 Dwarves Fans)