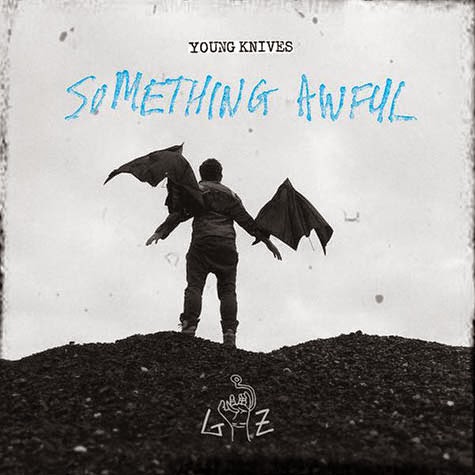 "Something Awful" is a track from the Young Knives' 2013 full-length Sick Octave, the band's crowd-funded LP that marked a change in the band's creative trajectory and took the obligatory "art" and "post-" prefixes very seriously.  As an expansion of the title track, Young Knives's Something Awful is a decent companion to the LP, three additional tracks inspired by something   (fill in the blank)  .

Building off the mutant swing and playful math-harmonic of the title track, "Something Sweet" brings some Wire-stride with sections of guitar generated shriek.  Vocally, the track resembles some strange pairing of Michael Crawford and Scott Walker, theatrical off-rhythm declarations of "I CAN'T GET ENOUGH OF YOUR SWEETNESS!!!" that almost crosses into spoken word.  Spoken vocals, though, do occupy "Something Tragic," which marries Suicide-era Alan Vega with the machined experimentalism of Wolf Eyes, quivering static and sporadic blasts of droid at times being graced by synthesized pseudo-melodies. 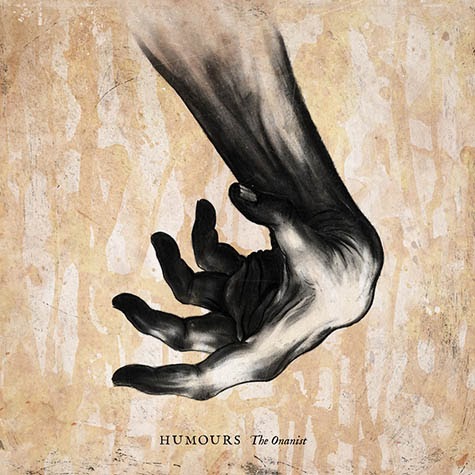 For anyone that's found resonance via the melodic noise-craft of either Mutoid Man or Beastmilk, HUMOURS is likely to satisfy.  A post-hardcore band with some progressive elements a la Alcest (or even Mastodon to some extent) and pigfuck'ish bass rumblings, HUMOURS' The Onanist is a well-sequenced four-track EP whose aspirations and emotive sensibilities cultivate a high standard of song arrangement and melody.  It's got some sophistication and you hear this immediately with the opener, "In the Court of the Corn-Eyed King," ignoring the obvious homage/joke built into its title.  Changes are injected throughout, a musical flexibility working around the band's otherwise penchant for melody.  It works well.

There's texture to "Happy Birthday Alex Tucker," an eerie blanket of prickly notes added to what begins as a rather somber number.  The song's second act takes the track's speed up and livens its emotional push.

The most involved track on the EP, "Bride's Maid — The Onanist," is introduced by an ominous bass riff, which becomes a basic theme revisited at various points during the track's nearly eight-minute running time.  Sections of slowed stomp emerge, along with vocals about three-quarters of the way through the song.  By then, there's almost enough of a story instrumentally that words seem pointless, but the cut remains the EP's strongest inclusion and ably sets up the syncopated ascending loop that introduces "Dog Shredder," one last charge before the album calls it quits.