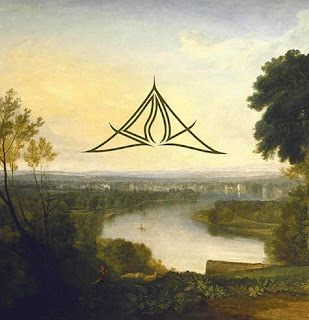 It's probably unnecessary to point out how enveloping Bong's music can be, much in the same way that Acid Mother's Temple or Sunn O))) can fill any available space to the point of suffocation with endless sound.  For the band's fifth studio release, We are, we were and we will have been, Bong continues to package their music as drone prevalent and lengthy.  The album is two tracks, each clocking in at about 18 minutes apiece, so it's built for full listener immersion and, like any Bong album really, to grow sonically as if to inspire meditation.  And, there will be volume.

The reverberating glaze that floats over each element in "Time Regained" dominates so heavily that when vocals appear, (which happens maybe 7 minutes into the track), it's surprising.  Its understated snare loop and airy plucked strings remain obscured beneath the mire as vocalist/guitarist Mike Vest chants from his throat, "We are giants in time."

While enormity will likely stand as the most significant and noteworthy aspect of this album, and any Bong album for that matter, the time spent on building atmosphere, either through ethereally bathed guitar effects and synthesized tones or sporadic thumps of a tom drum and the distant splash of a cymbal, is what I find most engaging.  Hence my enjoyment of the album's second (and closing) track, "Find Your Own Gods," its slo-mo bass rep and tonal liquidity sort of sinister in spite of an overall glow that the track exhibits.  As instrumental and sonic elements continue to gather while the track progresses, heightening its volume and thickening its composition, its closing moments soften quickly, eventually leaving only a light synthesized melody in its wake.  It's the type of tonal journey that bounces throughout the grey matter, long after the music's stopped. 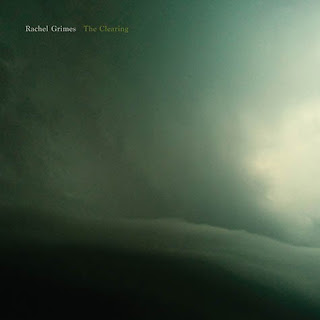 "The Air," the first track in Rachel Grimes' solo album, The Clearing, is about a minute and a half long.  In the way that hardcore punk heeded the call of those dissatisfied with the disconnectedness and academia of hand-allover-shaft rock posturing, Grimes doesn't seem to be playing to any stuffed shirt or stiffened attendee with program in hand, her classically-influenced compositional sensibilities affected by the aesthetics and sound of Lousiville, Kentucky's rock culture.  Grimes had played in a chamber-rock band called Rachel's with Louisville music fixture Jason Noble, (who passed away from cancer in 2012), crafting lush and classically informed rock music.  While the argument could be made that this type of elitist intervention into the underground is perhaps similar to the bloated excesses of late 70s rock n' roll, listening to The Clearing, you'd be hard pressed to find anything needless.  That first track assures the listener that, for the album's entirety, no sound will be overburdened by much too much.

Mastered by Bob Weston (Shellac, Mission of Burma), The Clearing features Christian Frederickson of Rachel's, Kyle Crabtree of Shipping News, Scott Morgan (Loscil) and Helen Money to new a few, all of whom build upon Grimes' minimalist piano-centric vision.  "The Clearing" best demonstrates an instance when Grimes' instrument is focal to the composition, various strings branching from a gentle and steady pulse made by her hands.  Discernible and pensive, its eight minutes plus flow into a swirling breeze of melody, at times alighting upon or floating above the keyed structure.  At points, this minimalism crescendos into concentrations of bowed melody.  For "In the Vapor with the Air Underneath," Grimes pushes her hands into grand arpeggiated fits, which eventually transition into a soft drone that drifts to a close.

Grimes also investigates jazz modes with the engrossing stroll of "The Herald," isolated howls of sax and clarinet dancing free form above Grimes as her volume increases with every strike.  And then the playfully percussive number, "Transverse Planet Vertical," has an overt rhythmic presence unlike most of what The Clearing has to offer, though somehow the track fits into the overall presentation.

Her musings lovely and almost structurally narrative, Grimes produces a classically vibrant piece of work that has commanded my attention with every listen.  This is as personal as music gets without even coming close to self-indulgence.