- September 25, 2015
New collaborations were announced this week.  Here are details regarding an upcoming new Boris/Merzbow release, Gensho, as well as an upcoming LP from The Body & Krieg, (apparently being called The Body & Krieg), which I'm positive will provide this Winter with a soundtrack oh so very desolate.  No tracks yet, but they'll be posted once they're made available.

The Boris/Merzbow info was provided by Relapse Records. 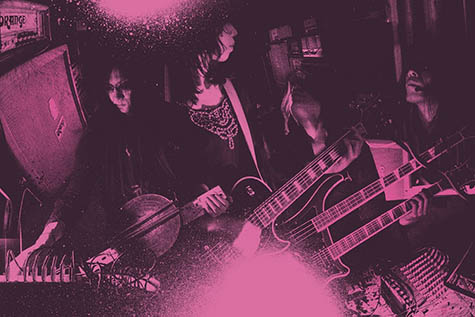 Renowned Japanese innovative team BORIS WITH MERZBOW has completed recording a new collaborative full-length LP entitled Gensho, which is Japanese for "phenomenon". Gensho is a unique release featuring over 150 minutes of new music spread across two discs. The BORIS tracks are new reinventions of the band's classic songs, while the MERZBOW songs are new compositions. BORIS and MERZBOW have each contributed exactly the same amount of music, with the two discs intended to be played at the same time on physical speakers at varying volumes so that the listener can experience their own "gensho/phenomenon" every time. The artists also commented, "Of course you can enjoy both albums separately, as a separate work." Gensho is slated for a February 2016 release via Relapse Records.

Though the artists have an extensive history of collaborating with one another, this latest effort was born out of a one-off show in 2014 for Boiler Room TV, when the two acts decided that their set from that day was worthy enough to perform in the context of a proper studio recording. As with every BORIS and MERZBOW release, the only thing to expect is the unexpected. Each artist's individual contribution to Gensho weaves through countless disparate textures with a varied sonic palette, to say nothing of the effect when both records are played simultaneously. The unique presentation of the album lends it near-infinite potential for aural discovery, and encourages direct interactivity with the listener rarely found in such unconventional music.

BORIS WITH MERZBOW have also announced an exclusive one-off show in Tokyo in support of Gensho this November.

About BORIS WITH MERZBOW:

Both BORIS and MERZBOW are well known for numerous collaborative works with a plethora of artists, but have been working together since 1997. They have released three studio albums together (Megatone, Sun Baked Snow Cave and Klatter), two live albums (04092001 and Rock Dream) and one 12" EP (Walrus/Groon). Musically, BORIS helps to shape MERZBOW’s wall of noise as a composed musical score with structure, and to make it easier to access the noise master’s music while MERZBOW adds an extreme high frequency to BORIS’ signature heavier sound.

Masami Akita, better known by his stage name MERZBOW, is a Japanese noise musician. Since 1981, he has released over 400 recordings. The name MERZBOW comes from German dada artist Kurt Schwitters' artwork, Merzbau, where Schwitters transformed the interior of his house using found objects. This was chosen to reflect Akita's dada influence and junk art aesthetic. In addition to this, Akita has cited a wide range of musical influences from progressive rock, heavy metal, free jazz, and early electronic music to non-musical influences like dadaism and surrealism. Since the early 2000s, he has been inspired by animal rights and environmentalism. In 2000, Extreme Records released the 50 CD box set known as the Merzbox. Akita's work has been the subject of several remix albums and at least one tribute album. This, among other achievements, has helped MERZBOW to be regarded by some as the "most important artist in noise". 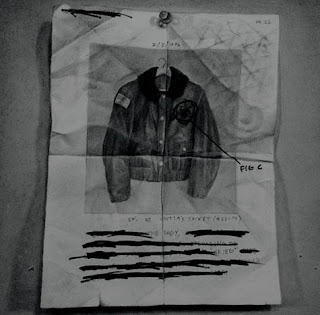 All info for The Body & Krieg was provided by Earsplit PR.

The continuing discography of apocalyptic rouge faction, THE BODY, expands once again with its newest anti-human outcry, through collaborative LP with KRIEG, the works having been locked up for official release in November through At A Loss Recordings.

Formed in mid-1990s and late 1990s, respectively, KRIEG and THE BODY met in the mid 2000s, being different sonically but sharing a bleak world view and inspirations musically far outside of the genre standards of metal. When Neill Jameson, the sole founding and constant member of KRIEG, showed up to the recording sessions at Machines With Magnets in Providence, Rhode Island with only an acoustic guitar, a few pedals and a bottle of whiskey, Lee Buford and Chop King of THE BODY knew that the collaboration would be something vastly different from their other recordings.

Written and recorded during the long sessions of THE BODY's Christs, Redeemers (Thrill Jockey) and I Shall Die Here (RVNG Intl.) LPs, the end result is a blackened industrial crush of noise and anguish. Noise, dirge, triggered percussion with King's screeches and Jameson's growls take the audience to the "Bottom Of The Bottle, Bottom Of The River," the LP's opening track. Continuing through the album's nine tracks, crawling booms, chimes and moans to static plodding low-end and hopelessness moves to industrial tones, accusing roars. Erie keys, wails of misery lead to brief period of sonic chaos and pure madness. Madness leads the listener lumbering down the final path, complete with discordant percussion, electronic beeps, forlorn screams, cavernous blows, and ending in the sounds of otherworldliness, with nearly forty minutes of original material. The artwork for the entire package of The Body & Krieg is completed by the amazingly realistic charcoal drawings and design of Jason Bartell, also of Fang Island fame.

At A Loss Recordings, responsible for the 2010 release of THE BODY's seminal, groundbreaking All The Waters Of The Earth Turn To Blood LP, the reissue of the band's self-titled debut LP and their Nothing Passes collaboration with Braveyoung, will release The Body & Krieg on November 13th. The record will be issued on multiple formats, including digital platforms, CD, cassette, and LP with digital download included.

Expect both KRIEG and THE BODY to have busy tour schedules throughout the remainder of 2015 and through 2016, including plans for a collaborative tour.

The Body & Krieg Track Listing:
1. Bottom Of The Bottle, Bottom Of The River
2. Carved Out And Caved In
3. Fracture
4. Celebrate Your Shame
5. Never Worth Your Name
6. Gallows
7. A Failure Worth Killing Yourself
8. The Final Nail