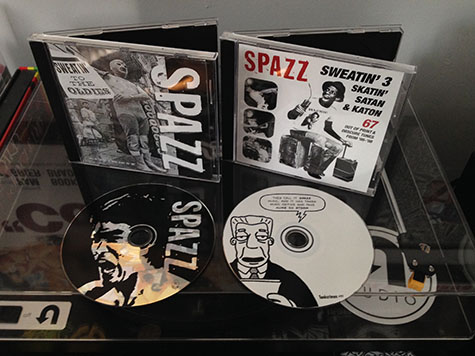 As compilations go, few overwhelm as easily as Sweatin’ to the Oldies and Sweatin’ 3: Skatin’ Satan & Katon, two of the three volumes of rare, obscure or out-of-print material from the powerviolence band, Spazz. Originally released in 1997 and 2001 respectively via Slap A Ham Records, these Sweatin’ collections are packed with aggression, their contents numbering well past the 60 mark in terms of track length. These CDs were my driving soundtrack for a solid month, Spazz’s growling, thrashing chaos appropriately scoring my day-to-day on road interactions with fellow commuters. This isn’t a collection meant for easy listening in an environment designed with relaxation and meditation in mind. Spazz is music, a term many may cite as loosely applied, for upsetting crowds of kids in shitty, underground venues and it's all back in print.

Both CDs are on sale via the good people at Tankcrimes, who were kind enough to introduce Spazz to a new decade.

Spazz: Sweatin' to the Oldies 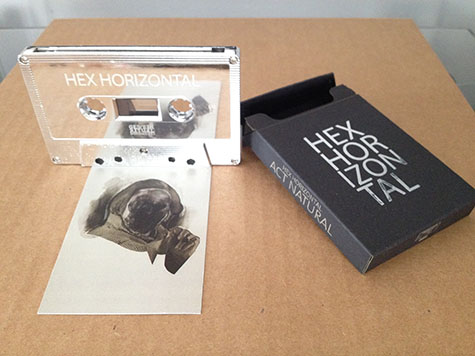 I’m late on Hex Horizontal’s Act Natural, which had been originally released in 2014. I happened upon a video for the lead track, “Electric Fence,” which I enjoyed enough that I wanted to procure a copy of the LP. And, while searching for a physical copy of the album, it turned out that the band’s label, Geweih Ritual Documents, (a label I’ve discussed before), had released Act Natural as a limited edition silver cassette, packaged in a flip top box with foil stamped type at the end of 2015. The packaging was cool enough that the graphic designer portion of my brain was sold.

If a well-designed cassette featuring avant instrumental abstractions is your thing, you can find the Act Natural here. The release is limited to 50. 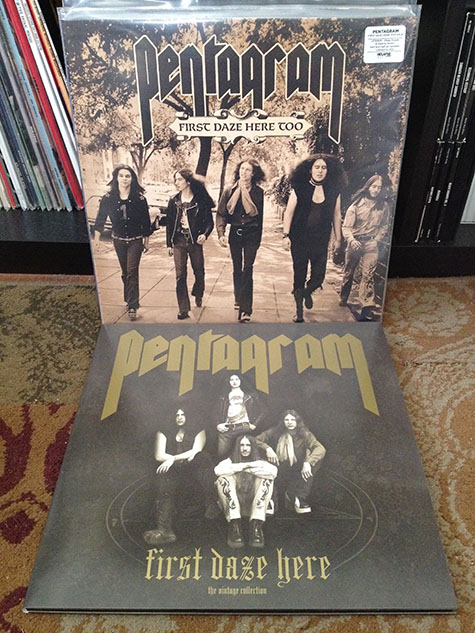 First Daze Here and First Daze Here Too are compilation LPs by proto metal band Pentagram that were recently reissued by Relapse Records. The albums feature very early recordings from the band, including unreleased studio performances and live rehearsals. I ordered the albums as a package deal, so I was able to get custom versions of the vinyl and acquire the Macabre 45, an early single from the band when they were going by another name. They're very pretty packages and they sound really good. I got a huge kick out of Pentagram’s rendition of The Rolling Stones’s “Under My Thumb.”

The reissues can still be purchased through Relapse, though the package deal is no longer available. 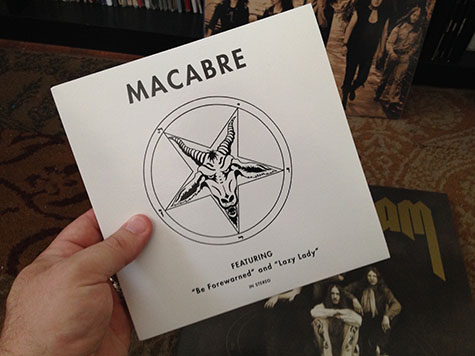 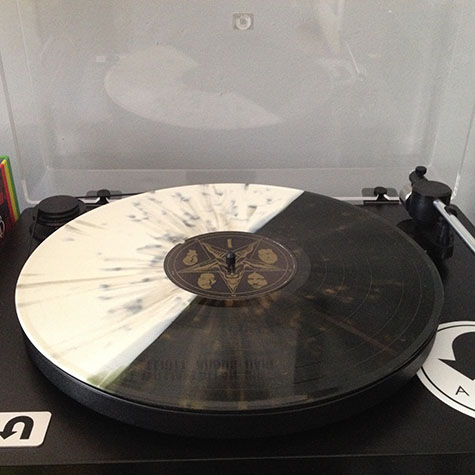 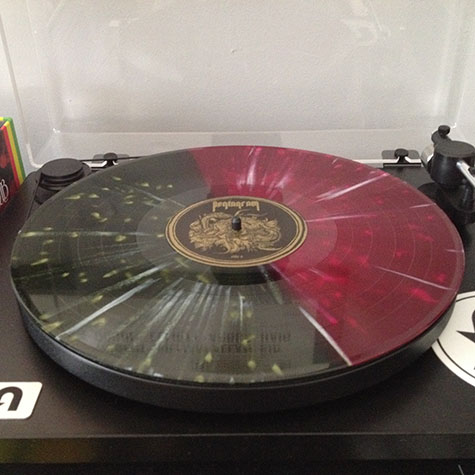 For the sake of Ornette Coleman and some beautiful illustration, I pulled the trigger on the newly issued motion picture soundtrack for Naked Lunch, recently issued by Death Waltz Recordings and Mondo.  A heroin-induced otherworld both sophisticated and brilliantly hallucinatory, this bugpowder yellow double-LP is absolutely gorgeous. 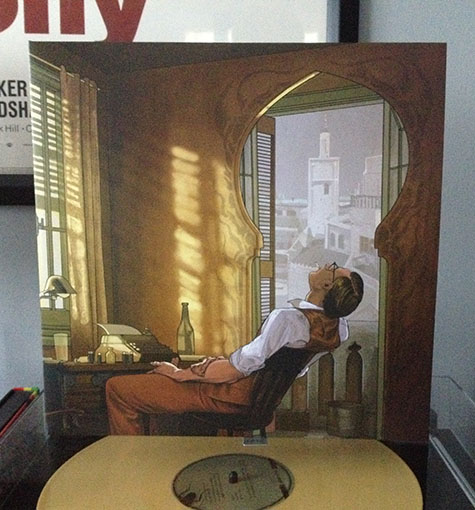 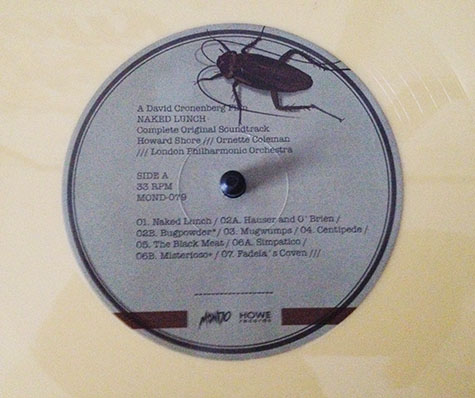