Ever Heard of Terminal Mind? 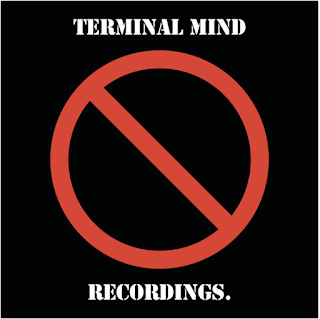 I guess it's not uncommon to begin a new year by taking a good, hard look back. Introspection can be a positive thing, especially if, upon assessing the current musical climate, one believes there to be a need to reintroduce what's been unfortunately forgotten. Super Secret Records saw fit to start off 2018 by putting out a compilation of long sought after material from the Austin, Texas punk act, Terminal Mind, whose art-infused interpretation of the punk medium found permanence, albeit obscure and rare, as a 4-song 7." These tracks now appear alongside previously unreleased live and studio tracks, so there's no longer any need to go online, scanning through the wares of virtual merchants seeking to rob you of every hard-earned dollar.

Having given the album a listen, which is simply titled Recordings, I thought there were aspects of Terminal Mind's sound that shared some commonalities with the Boston area hardcore and indie rock scenes of the early to mid-80s despite predating TAANG's initial spate of releases and, of course, Mission Of Burma. The lead single, "Refugee," was premiered by the Austin Chronicle, but you can also listen to it below:

As mentioned, Recordings will be released by Super Secret Records. Release date is 1.19. All info on the release was provided by Us/Them Group.

Terminal Mind, formed in 1978, was one of the early first-wave punk acts in Austin, TX. Based far from the urban roots of a genre in its earliest stages, the band absorbed influences as disparate as Pere Ubu, Roxy Music, John Cale, and Wire. The life span was short, but their influence touched many of the next generation of Texas noise and hardcore acts as they shared bills with fellow proto-punks The Huns and Standing Waves at Raul's, The Big Boys on the UT campus, and even opened for Iggy Pop at the Armadillo World Headquarters.
Founding members Steve Marsh and the Murray Brothers, Doug and Greg, started as a trio before adding synthesizer player Jack Crow. Steve Marsh moved to New York with his experimental noise band Miracle Room (before eventually returning to Austin and forming space/psychedelic rock band Evil Triplet and beginning an experimental solo project dubbed Radarcave), while Doug Murray joined the Skunks and Greg Murray played in a later version of The Big Boys. Jack Crow passed away in 1994.

This collection of songs is a journey back to the 'anything goes' first steps of American punk as it left the dirty streets of New York and Los Angeles and made its way into the heartland. Like the Austin of 1978, Recordings is a small outpost of musical individualism that planted seeds for the alternative music explosion familiar to later generations.

Recordings will be available on LP, CD and download on January 19th, 2018 via Sonic Surgery Records.