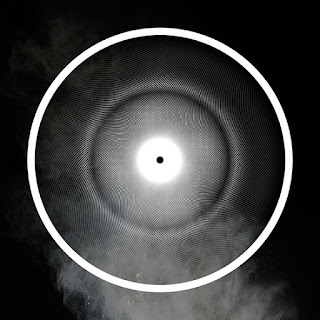 When you read the mission statement of the record label Our Silent Canvas, an entity that prides itself on encouraging “exploration of the complete sensory experience, by developing performances featuring a collaboration of these various arts,” it seems to outline and explain the existence of NOUS, a collaborative musical endeavor started by Ghost Against Ghost’s Christopher Bono. With a five-member core of outsider and neoclassical artists — Bono, Greg Fox (Guardian Alien, Zs, Ben Frost, ex-Liturgy), Shahzad Ismaily (Yoko Ono, Laurie Anderson, Bonnie Prince Billy), Thor Harris (Swans, Angels of Light, Amanda Palmer, Shearwater), Grey McMurray (itsnotyouitsme, So Percussion, Tyondai Braxton) — NOUS was developed during a week of recorded sessions, the first of which will be released by Our Silent Canvas as NOUS I: A Musical Rite.

Structurally varied enough to cross genres, though the album would undoubtedly qualify as a post-rock jam, NOUS I is fascinatingly consonant, the nature of improvisation and sound exploration not always conducive to the most coherent soundscapes. A percussive exercise like “Kabay” becomes immersive the longer it plays, identifying early this intent to envelope and guide the listener through ritual with “Dancing Marvels,” otherworldly travel with “Shumisah” and finally meditation with the album’s closer “Transitory Reality.”

While I wouldn’t say that album was meant to be transcendent, it speaks to the potential of creative partnerships, offering through the boundlessness of its participants an engaging listen.

NOUS I: A Musical Rite is scheduled to release November 16th in both digital and vinyl formats. Pre-order links are below along with an album stream.