If you want to know why I've been silent for some of March and most of April, those are the number of hours I've had to work for past few weeks, my laptop open till midnight most nights and my weekends justifiably left to tend to dad/husband/homeowner things. I've been spread a tad thin, not too reliable on the home front or available for anything social while ever ready to take on whatever day job-related task handed to me. With that said, writing hasn't been a priority lately. Which sucks because I've still been listening to so much good shit that I want to write about.

My hope is that I'll be able to spare an hour here or there to catch up on what I've been hearing for the remaining weeks. The avalanche of work requests and deadlines to meet have thankfully subsided for the time being, so I'd like there to be some activity in the weeks ahead.

Though, I'll be honest, with the increased popularity of vlogs and podcasts, I think the self-qualified online music scribes like myself are becoming less relevant. But, for what it's worth, I'm still going. Even if I'm quiet on the blog, you can always visit me on Twitter or Instagram. I try to promote what I can via social media, even if I can't provide an in-depth analysis. 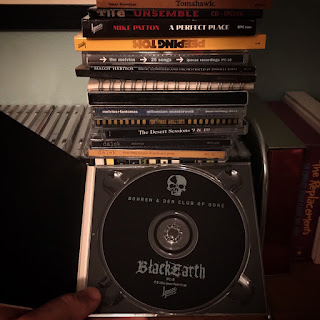 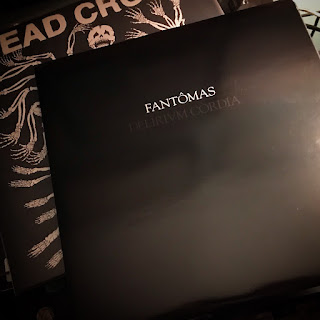 1). I attempted to pull together a small tribute to the recent 20th anniversary celebrated by Ipecac Recordings on April 1st, but couldn't due to some annoying circumstance likely tied to work or exhaustion. As a longtime appreciator/devoted fanboy of Mike Patton and his myriad creative outlets from Faith No More to Tomahawk, from Mr. Bungle to Fantômas and beyond, my immediate appraisal of any album or artist represented by Ipecac Recordings that I approach typically rates anywhere from positive to elated. Even in the instance when I haven't been completely sold on an Ipecac project, and it should be noted that the label's intent to provide a platform for esoteric and at times abrasively experimental work leaves those opportunities wide open, I've found something redeemable about it or at least worth revisiting. The label is synonymous with quality and I've been loyal to it for most of its existence, beginning in 2001 with Tomahawk's s/t debut up to last year's excellent comeback record from Daughters: You Won't Get What You Want.

I still need to pick up a physical copy of that LP. Digital don't cut it.

2). I did wind up participating in Record Store Day this year, but as a casual shopper as opposed to a fully-invested, sloppily salivating hunter focused on limited-runs. I visited Siren Records around noon or so, long after the lengthy queues had depleted and the initial wave of philistines and eBay/Discogs flippers had gathered their wants and made their purchases. 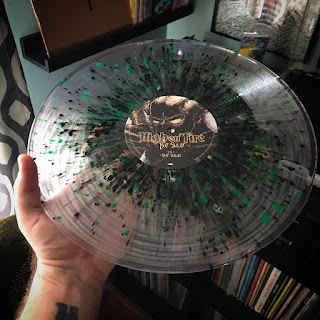 There were some decent records left, the couple things that I'd wanted still up for grabs. I picked up the brand new Sunn O))) album, Life Metal, which wasn't inexpensive but worth the money for how beautiful the package looks. I'm curious as to how Steve Albini's "hands-off" approach to recording and producing records will come across for this release, especially since his trademark sonics are normally apparent through the snare sound, a thing that Sunn O))) records typically don't have. I still haven't sat and listened to it yet, so I guess I have some plans for the weekend. 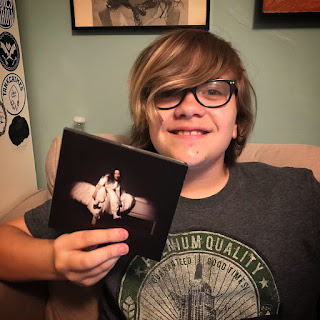 The other album I picked up is High On Fire's Bat Salad EP, which is one solid instrumental and two covers: "Into the Crypts of Rays" by Celtic Frost and "Don't Bother Me" by Bad Brains. It's a clear variant 45RPM vinyl with black and green spatter. I was happy to find it.

For my daughter, I bought a copy of the new Billie Eilish record, When We All Fall Asleep, Where Do We Go? She's enjoying it quite a bit.

I'm heading back to the store on Saturday to see if I can pick up any other stragglers, mostly the few Dub releases that I wanted but couldn't afford: Lee "Scratch" Perry's Rootz Reggae Dub, the Studio One Showcase box set or the Roots From The Yard box set, and Dillinger's CB 200. I'll blame the warming temperatures for this wish list. I'm hoping to add at least one these releases to my collection.