I hope that everyone can pull themselves away from that new Pearl Jam track to hear some other goodies. Here are some new additions to the 2020 Playlist. 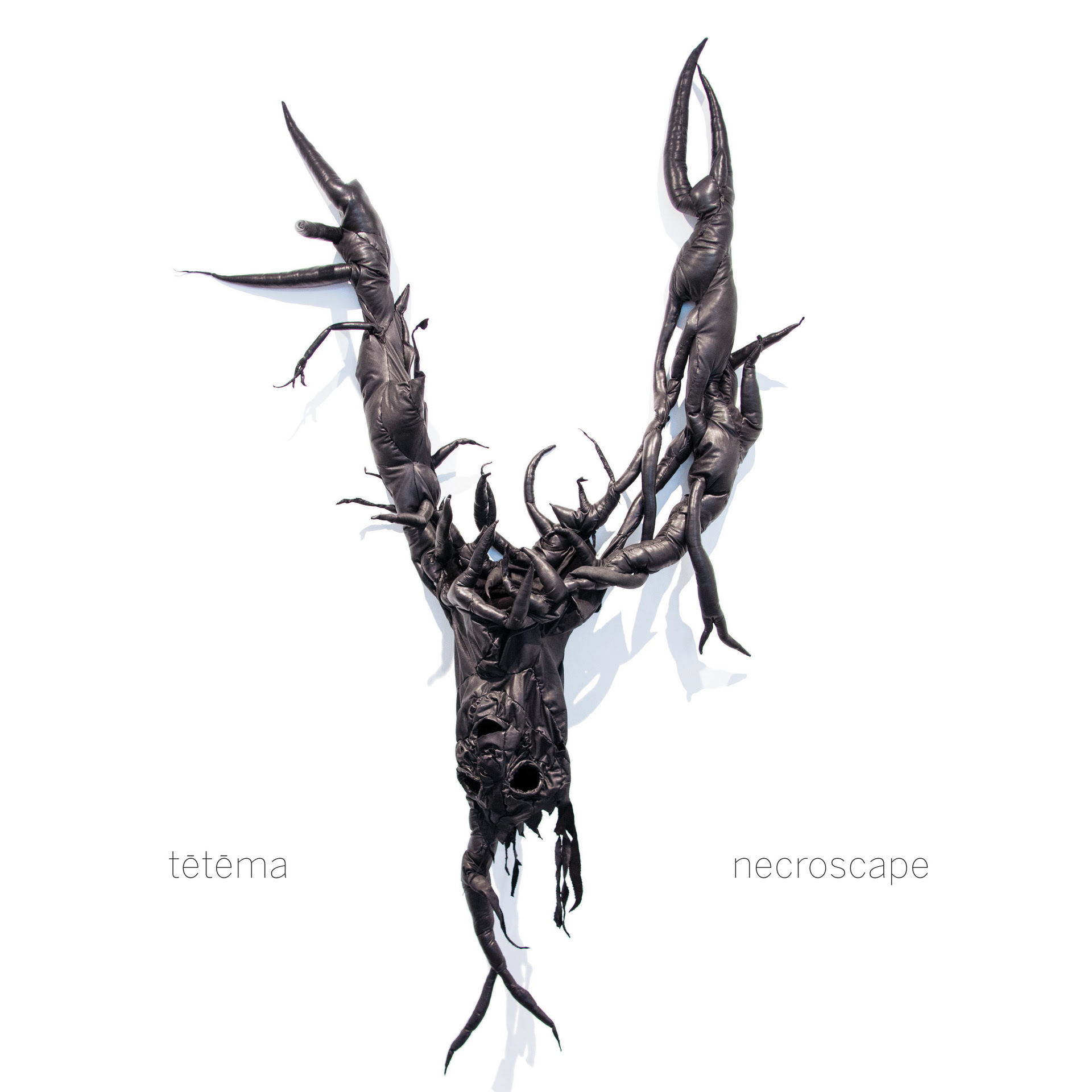 An early preview of the Spring release can be heard now, with “Haunted On The Uptake,” a track Pateras describes as sounding “like The Melvins' tour van broke down in the Balkans and instead of going home, they decide to open a mountain laboratory dedicated to possible hybrids of Rembetika and hardcore,” streaming now: https://smarturl.it/necroscape. Pre-orders are also available via that link.

Necroscape is sculpted around isolation in the surveillance age; and although lofty/high-concept sounding, it is still an intensely fun and heavy listen. Necroscape synthesizes a lot of territory: odd-time rock, musique concrète, otherworld grooves, soul, industrial noise, microtonal psychoacoustics… seemingly strange bedfellows on paper, yet they seamlessly coalesce into 13 songs which playfully challenge our notions of sonic logic and make you move at the same time. In a nutshell, listening to Necroscape creates the weird sensation of exclaiming "of course!" and "wtf?" simultaneously.

Pateras and Patton “created an intelligent but ferocious mixture of avant-garde experimentalism, world music accents, and heavy metal velocity” (All Music) within the confines of their 11-track, 2014 debut, Geocidal. NME described the collection as “Roni Size getting spiked with GHB and fed through a woodchipper” while Alternative Press said, “once you are acclimated, it will leave you tingling.” The pair, joined by Will Guthrie (percussion) and Erkka Veltheim (violin), both of whom appear on Necroscape as well, made their live debut, fittingly at the Tasmania Mona music and art festival. The Guardian said of the outing: “tētēma didn’t enrapture with anthems or token festival rock gestures, they enraptured with mood, with surprises, and with evocations rarely felt by audiences…”

Sala (Sweden) - Nearly two years after The Great Desolation, WOMBBATH are back with their fourth full-length album, Choirs Of The Fallen. The album will be released on CD, digital, and limited edition vinyl formats March 6 via Soulseller Records. Stream first single "A Vulgar Declaration" below. 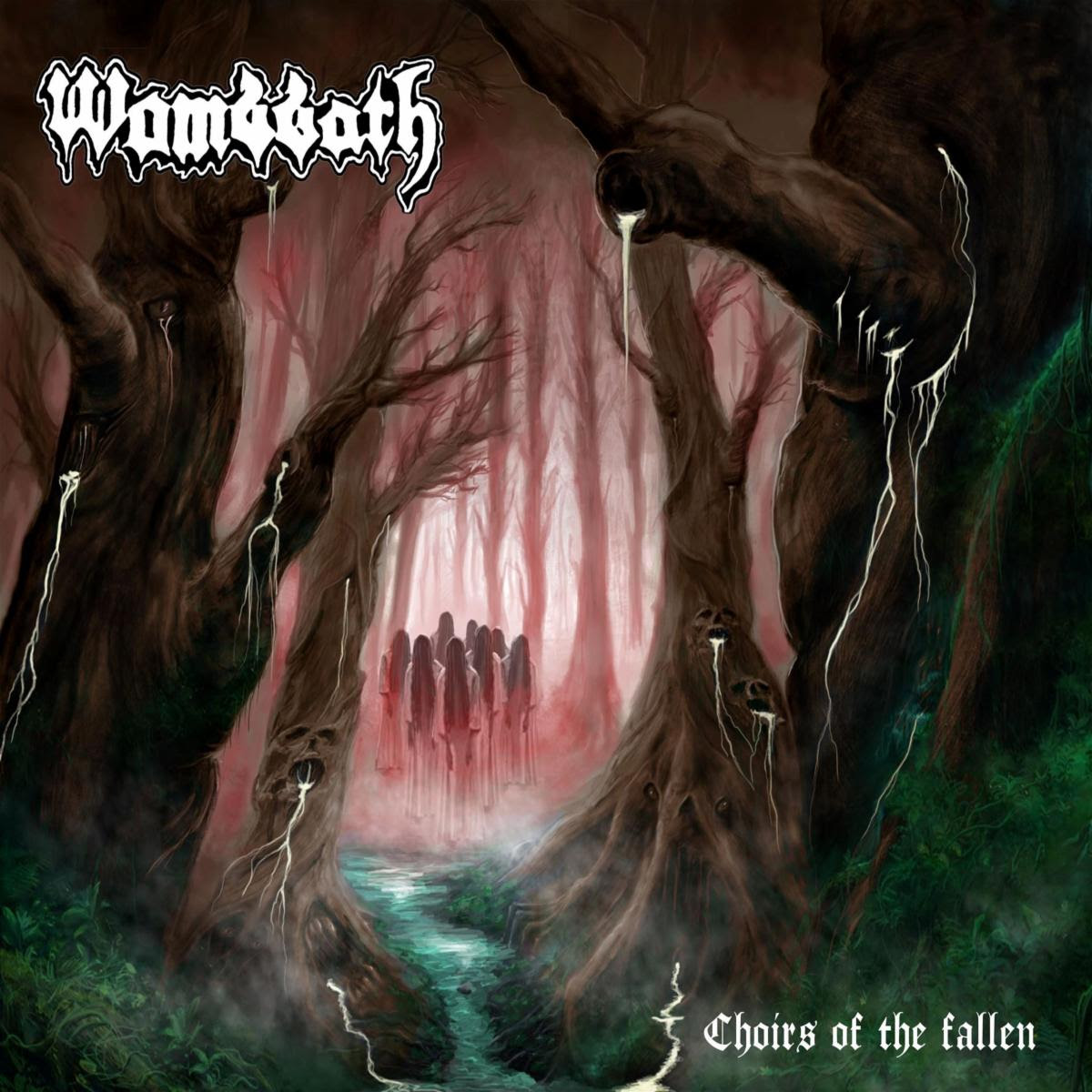 Choirs of the Fallen comes with a new lineup. On guitar is Thomas Von Wachenfeldt, known from Wachenfeldt, session bass playing for Entombed, and his work arranging the Entombed Symphony. On bass we find Matthew Davidson who took over after Johan Momqvist left in early 2019. Matthew is known from Repulsive Vision where he plays guitar. Jon Rudin of Just Before Dawn has been punishing the drums with the band since 2018. We can say without hesitation that WOMBBATH is now a rock solid team.

The Big Exercise will be available worldwide February 7th, 2020

The Homesick take on the patriarchy in this trippy new video for “Male Bonding,” a standout from The Big Exercise, the group’s label debut, released worldwide February 7th, 2020. The visual was directed by Karlos Rene Ayala (Low’s “Poor Sucker,” “Dancing and Blood”; Chelsea Wolfe’s “American Darkness”). 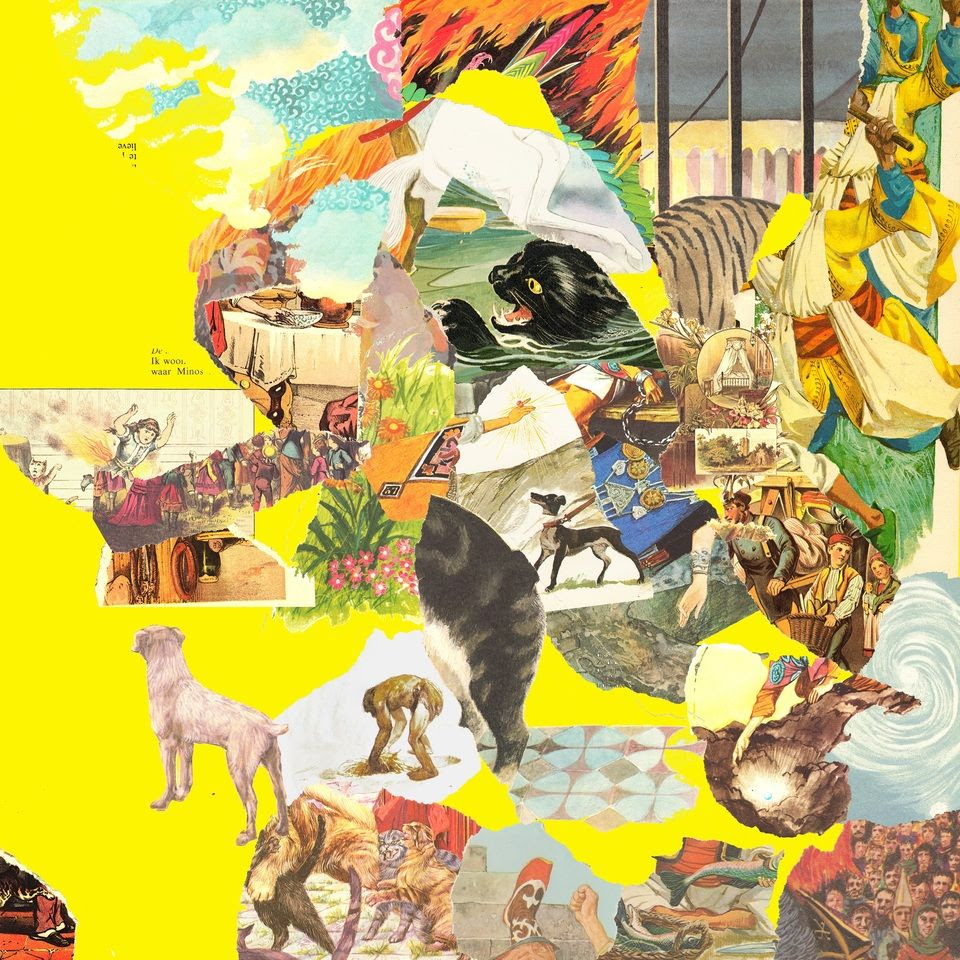 The Big Exercise, which features the singles “I Celebrate My Fantasy,” the aforementioned “Male Bonding,” “Kaïn,” and the title track, was produced by The Homesick at Schenk Studio in Amsterdam, mixed by Casper van der Lans, and mastered by Mikey Young (Total Control, Eddy Current Suppression Ring).

About The Homesick’s The Big Exercise:
If their debut Youth Hunt marked The Homesick’s tryst with faith and pastoral life, the band’s upcoming second album The Big Exercise brings them to more grounded, tangible pastures. With its title ripped from a passage in the Scott Walker-biography Deep Shade Of Blue, the record is a concentrated effort by Jaap van der Velde, Erik Woudwijk and Elias Elgersma to explore the physicality of their music in fresh ways.

SLIFT return this year with their phenomenal space rock album, UMMON. Composed during endless tours across Europe in 2019, conceived as the soundtrack of an imaginary film; UMMON is a dreamlike odyssey staging the Titans, their exile to the outer reaches of space in search of their creators and the return of the Titan Hyperion to Earth.

Beyond music and lyrics, it's about "all these questions to which we'll never have answers", which dig their furrows in the humans heart.

The three guys come from Toulouse, south of France, and their first EP was released in June 2017 via Howlin Banana (fr) and Exag 'records (be). His name is Space Is The Key. Inspired by Alain Damasio's science fiction novels and the work of French illustrator Pierre Ferrero.

In September 2018, they released La Planète Inexplorée, (Stolen Body Records) with the engineer/producer and guru of the French garage sound, Lo Spider. The album was mastered by producer Jim Diamond (The GO, Fleshtones, Sonics, White Stripes ..) king of the regretted Ghetto recorder in Detroit.

"Together, these musicians strike a pitch-perfect balance of individuality and accord, conjuring an arresting mix of funky, bluesy electric jazz, noise rock, and more". - National Sawdust Log

Today the flagship band of avant-garde saxophonist Chris Pitsiokos releases a new single ahead of their upcoming album One Foot On The Ground Smoking Mirror Shakedown. CP Unit will celebrate the release with a show at Brooklyn's Roulette venue on February 27th with an opening set from the CP String Ensemble, who will be presenting new works for string instruments composed by Pitsiokos. More details can be found on the Roulette website.

Orelius is a collision of funk-infused groove and angular phrasing. Bass and drums introduce a groundwork, before guitar and sax enter with a thorny melodic passage in a different tempo. The opening material only serves as a launch pad for the many twists and turns the rest of the piece take: kaleidoscopic reconfigurations of instrumentation, noise, and rapid-fire articulation, all with a consistent feeling of forward motion and organic development of ideas. If "One Foot on the Ground " showcases the work of Pitsiokos and Lisabeth as individuals within the aggregate, Orelius reveals CP Unit's ability to move as one.

Collectress: "In The Streets / In The Fields"
(via Rarely Unable / Peeler Records / YouTube)


EXPERIMENTAL CHAMBER COLLECTIVE, COLLECTRESS, SHARE A VIDEO FOR NEW SINGLE "IN THE STREETS, IN THE FIELDS" FROM THE INCOMING NEW ALBUM DIFFERENT GEOGRAPHIES, OUT 6 MARCH VIA THE BAND'S OWN, PEELER RECORDS

The experimental chamber collective Collectress, who create unique surrealist-tinged chamber pop and have been described as a cross between "the Elysian Quartet and possessed Brontë sisters teasing an unsuspecting dinner party" (Foxy Digitalis) release a video today for new single "In The Streets, In the Fields".

Using dance as a means to explore the nature of the music, and with nods to both psychedelia (particularly 13th Floor Elevators), and the 1937 recording of Virginia Woolf’s “Words”, Collectress play at taking you somewhere imaginary whilst staying grounded in reality- ‘in the streets’ yet also ‘in the fields.' The band remark "we liked the sense of the transience of language as evoked by the crackly Woolf recordings, of time passing and of spaces shifting, of being in one place yet another at the same time, in “Different Geographies”. In this technological world of ours, Woolf's “Words” speaks to us from the past, visionary in suggesting we are mere vessels for language to occur, adapt and move around in. “In the Streets, In the Fields” melodically ‘sets off’ and in some way is doing this too, its simple structure unfolding, shifting and developing over the course of the song."

Collectress continue "the film for "Streets" was always going to include dance as a means to explore and express the nature of the music. We talked about parts of the body, colours and ‘elements’ to include. We each gave our interpretation and filmed ourselves dancing at our own respective 'different geography'. What you see in the film is a layering of those interpretations to the rhythm and layers of the individual parts of the music, to create an indefinable space that we hope has something recognisable and grounded but that also allows for an element of getting lost."

IMMERSE YOURSELF IN THE OFFICIAL VIDEO FOR "IN THE STREETS, IN THE FIELDS"

Experimental, playful and deeply connected collaboration. For two decades this has been the pilot spark of Collectress. Collectress compose and improvise daring and unique music that rarely has words but is full of stories, their creative palate is bursting colour, and this release expresses their unique and enchanting take on the world. The new album Different Geographies arrives March 6th on their own Peeler Records on digital and limited CD formats. Find out more here.

Bedroom has shared a new single/video, "Gulf," via EARMILK.

Regarding the single/video, Noah stated: "This song is sort of a reflection on the last year, nearing the end of 2019, I was questioning a few things. The video was done by a good friend of mine, Parker, he had this super 8 camera and we thought it’d be cool for him to shoot random stuff at an anime convention up in NYC."

Bedroom is the work of singer-songwriter & producer Noah Kittinger. Beginning as a recording project when Kittinger was just 16, his releases under the moniker are characterized by honest songwriting coupled with catchy hooks, beautiful melodic sensibility, and a memorable homemade sound.

Kittinger began a steady stream of releases in 2012 with the Toys EP. Vivid, a mixtape featuring rough ideas and works in progress, followed later that year. These early works garnered praise from several media outlets and began the growth of a dedicated fanbase.

Bedroom’s first full-length LP, Grow, was made during a time of transition in Kittinger’s life. Written and recorded at the age of 17, and released in 2014 when Kittinger turned 18. The album cataloged Kittinger’s experiences with his own growth into adulthood. After the release of Grow, Kittinger took the project on the road, embarking on his first DIY tour.

After returning from the tour, and a year after the release of Grow, Bedroom went on hiatus as Kittinger took a step back from the project. He remained busy, working on new songs under his own name and released an EP, Bloom. Bloom showed growth from Kittinger’s earlier work with Bedroom, exploring electronic influences with samples and new production techniques.

In May of 2019, Kittinger released “Count to Five” - the first we’ve heard of the project since the summer of 2015. A step into a different direction with newfound collaborator Paul Kintzing. 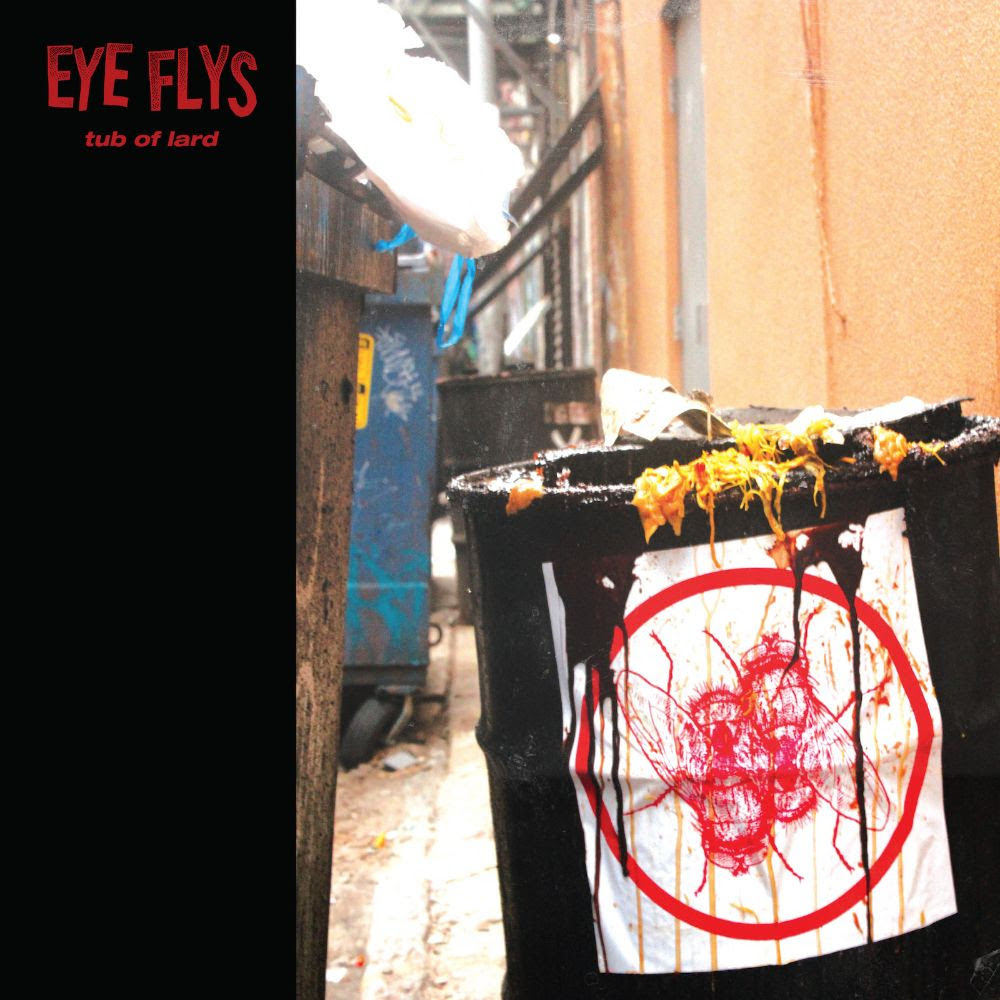 On the heels of their acclaimed 2019 EP Context, Eye Flys have announced their debut full-length, Tub of Lard. Following the album's release, Eye Flys will be touring throughout Europe with Full of Hell and Primitive Man, including a set at Roadburn Festival.

A band of considerable pedigree, including members of Full of Hell, Backslider, Triac, Eye Flys are fiercely precise, churning steel-barbed riffs and beefy inventive rhythms that are delivered with exponential force. On Tub of Lard, Eye Flys expand on their concise and punishing EP with 10 songs of maximum impact in their lean and focused raw power.

The album takes its title from a jeering and unwelcome schoolyard nickname of vocalist/guitarist Jake Smith. Opening track and first single “Tubba Lard” finds Smith spitting back the insults and body shaming that he endured during his upbringing. This unvarnished truth-telling is central to the album’s commentary on our social hypocrisy and resulting abuse. Smith's lyrics across the album are unrelenting, taking aim at misogyny and rape culture, the military industrial complex, and more personal, internal conflicts.

Written during the summer of 2019, Tub Of Lard was composed and recorded around the band’s debut tours with Daughters and Torche. Though Eye Flys members live in different cities, Tub of Lard came together as a more collaborative album than the raw and loose EP. Smith and drummer Patrick Forrest created the framework of each piece while guitarist Spencer Hazard shaped their frayed edges with layers of noise and guitar texture. The gravelly muck-laden basslines by Kevin Bernstein, who recorded the album at his Developing Nations studio in Baltimore, are handily interwoven beneath the pummel of Forrest’s drums creating a controlled sense of total abandon that is dizzying.