- April 01, 2020
I hope everyone's staying safe and, if and when able, staying home. And while you're home, maybe check out the ever-expanding 2020 Playlist.

TAUTOLOGY I ARRIVES MAY 1
joyfulnoi.se/tautology 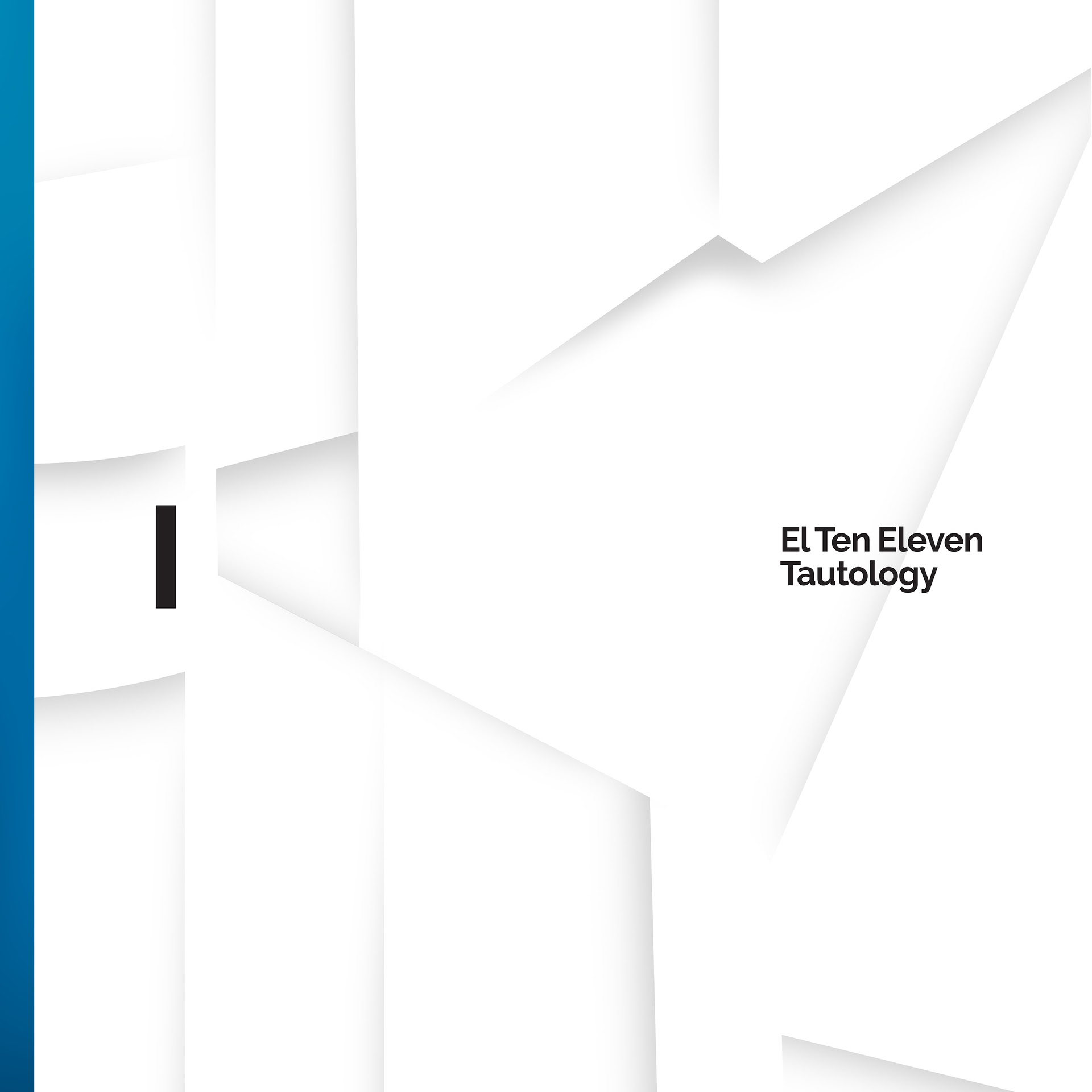 The music on the first disc, Tautology I, has a heavier sound that might surprise longtime El Ten Eleven fans. “I wanted to represent what my teenage years were like, when I was full of testosterone and depression,” says guitar/bass player Kristian Dunn. “When you're a teenager everything feels so grandiose and dramatic.” The album’s second movement, Tautology II, reflects Dunn’s current state. “I'm middle-aged now, and this is the happiest I've ever been. I think that comes across in the music. This record is the one that sounds the most like the El Ten Eleven people are used to.” For the final chapter, Tautology III, Dunn composed a transcendent set of ethereal music inspired partly by the loss of a dear family member. “I don't know what it's like to be elderly. But my grandmother-in-law Frances McMaster was a very inspiring person. She died recently, and I was thinking about her a lot. She was really smart. She lived into her early nineties and she wrote her fourth book when she was 88. I'd like to be like her if I make it to that age.”

The pair preview Tautology I with the release of “With Report” (https://youtu.be/2ydmyyucp-g) which can be heard now and is available immediately to all who pre-order the six-song release (joyfulnoi.se/tautology). The three albums are initially available digitally with a 3xLP physical release available on Sept. 18.
autology I track list:

The Southern California duo of Kristian Dunn (bass/guitar) and Tim Fogarty (drums) have flourished outside the accepted norms of rock orthodoxy, releasing eight full-length albums, four EPs and performing over 750 live shows. Utilizing inventive arrangements and a masterful use of looping, El Ten Eleven have been noted for their ability to create a sound much bigger than their individual parts. SF Weekly said of the pair’s live performance: “watching El Ten Eleven play is something like watching two superheroes do their thing.” Consequence of Sound called their music “euphoric,” KEXP described their output as “transcendent” and Under The Radar declared the pair’s unique style a “buoyant brand of post-rock.”

Helen Money has shared the intimate, moving single "Understory" from her forthcoming album Atomic, out 20 March. Following the album's release, Helen Money will be embarking on a tour throughout the US and Europe joined by Atomic collaborator Sanford Parker, including a set at Raw Power Festival in London.

Helen Money stands as one of the most unique and versatile cellists working today. Composer Alison Chesley uses the instrument to access and channel the extremities of human emotion, employing extensive sonic manipulation and an array of plucking and bowing techniques to summon an astonishing breadth and depth of sound. A prolific collaborator, Chesley is equally at home in both New Music and Metal circles. Past albums saw her collaborate with Jason Roeder (Sleep/Neurosis) and Rachel Grimes (Rachel’s), and she has toured extensively with Shellac, Russian Circles, Earth, Bob Mould and MONO. On her new album Atomic, Chesley pushes even further out towards the extremes of her output with a daring leap forward in her songwriting through minimalist arrangements that stand as her most intimate, direct, and emotionally bare work to date. 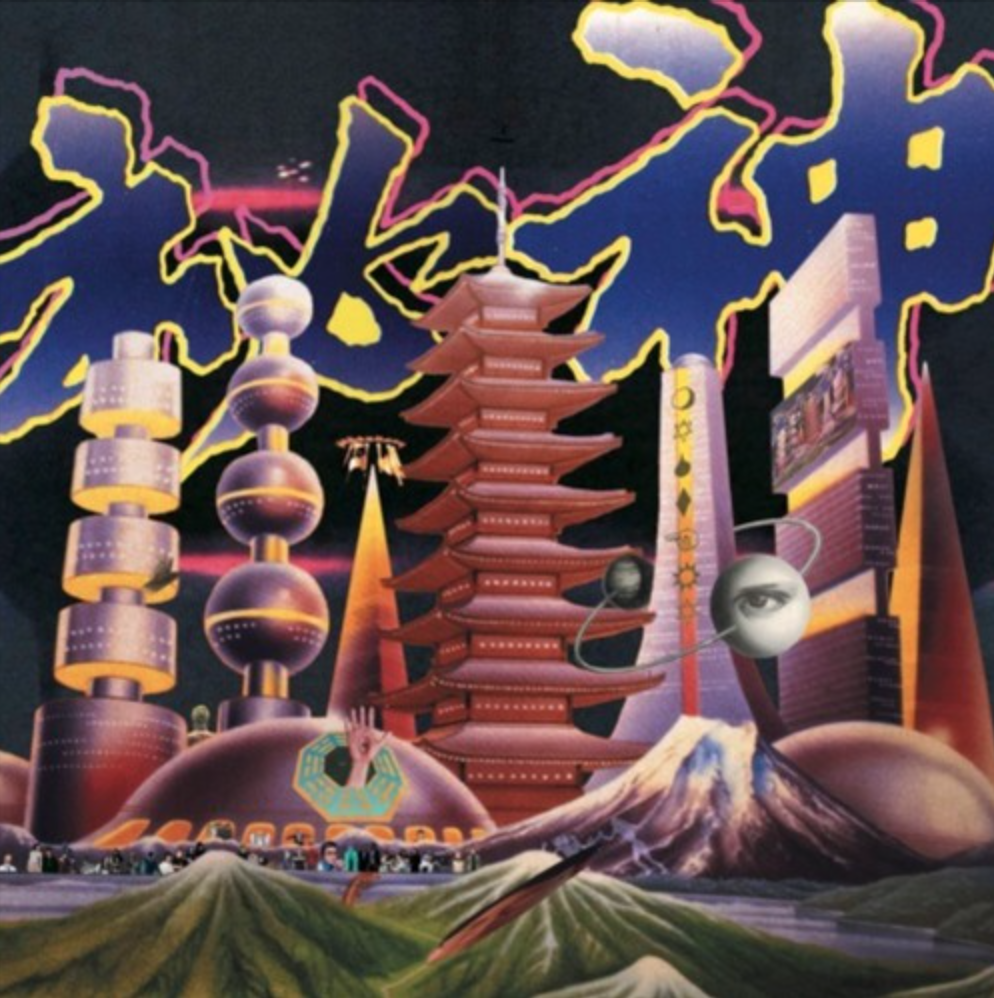 Taipei, Taiwan sibling duo Mong Tong have signed to Guruguru Brain, the label for Asian underground music run by Kikagaku Moyo, and have announced details of their debut album, Mystery秘神 for release on June 19th. Today they share the first single, “Chakra”.

Brothers Hom Yu and Jiun Chi also play in ​Prairie WWWW​ (落差草原 WWWW) and Dope Purple. They both returned to Taipei in 2017 after finishing their studies and before long began to explore their mutual obsession for Taiwanese occult-inspired art and vintage superstitious imagery, channelling it through music. Mong Tong means many things in Chinese, but the translation they choose to fit their music is “the east-side of dreams”.

Growing up in Taiwan in the 90’s, the brothers listen to ​電子琴音樂 which they describe as “relaxing Chinese synth pop” along with video game soundtracks, psychedelic music, doom metal and sound collage/library music. On “Mystery秘神” these inspirations combine with the dark humour of Taiwanese folklore and a love of conspiracy theories to form what they describe as “a psychedelic journey to the east.”

First single “Chakra” is one of the first songs they wrote and set the tone for the rest of the album. It sees the duo use sound samples including sword fights and a voice-over that amused them in which a reporter talks about the connection between Hinduism and UFOs. The resulting record is a surreal and mystifying journey through 80’s cult influences, with a distinctly Far Eastern outlook.

Recorded in their home studio in Taipei, “Mystery 秘神” is a psychedelic journey into Taiwanese folklore combined with the 80’s media obsession with the supernatural. It’s a record that manages to combine nostalgia and tradition with humour and an underlying intrinsic earthiness to create something unlike anything else out there.

The album’s artwork is inspired by vintage Taiwanese book covers (Hom Yu runs an Instagram account dedicated to them here) and contains a hidden code; a puzzle they challenge listeners to solve.

Allegra Krieger: "The Push And The Pull"
(via Clandestine PR / Northern Spy / YouTube)

Allegra Krieger Shares New Single "The Push And The Pull"

Today, Allegra Krieger announced her signing with Northern Spy Records and released a brand new song titled "The Push And The Pull," which she explains "is a reflection on each person’s capacity to experience great emotional heights and depths."

Reminiscent of indie folk artists like Laura Marling and Feist, on “The Push The Pull” Allegra Krieger weaves an intimate tale about the balance and duality of emotional discordance that belies her age. Krieger’s captivating voice and mellow acoustic guitar take the spotlight on this bittersweet yet utterly infectious song.

Allegra Krieger is a Brooklyn based songwriter & composer. With emotive lyricism weaving through explorative harmony, her songs are at once cathartic and compelling. Her first full length LP will be released later this year.

Fatigue is a chronicle and culmination of the past 10 years of Micka creating live music for large ensembles. In his return to the recorded format, Micka collapses his exploded-view approach to composing and has created four laser-guided and utterly distinct pieces of music composed with vinyl’s inherent limitations in mind. Mastered by James Plotkin, Fatigue dives deep into layered microtonal passages and ping-ponging guitar samples and field recordings on “Framework” while album opener “Conditions” is a dense study of sustained tones that contain worlds of sound within its boundaries.

“No Pressure” and the B-Side spanning “Absolute” bear resemblance to 2009’s Memory in their form. “No Pressure” is a stunning drone-blues composition that lets each passage hang heavy in the humid air before another riff rends a fresh hole in the stereo. “Absolute” is a Kraut-inspired longplayer that recalls Cluster and LFZ in its patient but persistent build and neuron-rearranging guitar leads that swell, dissolve and reassemble as layers of oscillating tonal passages.

Perhaps with the format’s eventual demise on the horizon, Animal Hospital has created a listening experience that pushes back and celebrates our relationship to the LP.