It was around November when I'd heard Chris Schlarb's single, "I Can Live Forever If I Die Slowly," and had to subject myself to a few rotations of Miles Davis' In A Silent Way.  Schlarb's Psychic Temple is sort of an indie rock homage to electric Miles, at least that's what I heard, and I think it's a rather fascinating four-songs that deserve attention.  Schlarb is taking the album on the road with musician Aaron Roche, whose own album, Plainspeak, is now available from Schlarb's Sounds Are Active label.

If interested, a couple of the links in the press release enable you to hear Schlarb's Psychic Temple and a video game soundtrack for NightSky.

Also, Aaron Roche's Plainspeak can be streamed through Bandcamp or through the Sounds Are Active website.

Soundtrack to the PC game out now on Asthmatic Kitty, Psychic Temple out now on vinyl via Sounds Are Active 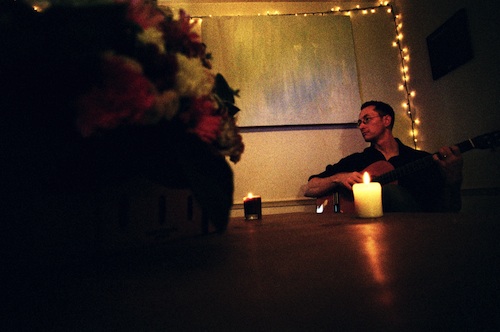 The Long Beach, CA based composer, musician, producer Chris Schlarb recently released his soundtrack to the video game NightSky, an original score performed by a small ensemble of avant-garde, jazz, and modern classical musicians. Quickly following up on his recent full-length, the gorgeous, sprawling Psychic Temple, the NightSky soundtrack is also ambitious in its expanse. IGN says "The best reason to play NightSky is to experience the relaxing, curious environments and the ambient soundtrack. You'll be rolling over deep black mountains, through fields of swaying grass, and past oddly bouncing creatures -- all in front of a hazy sunset backdrop. Echoing acoustic guitar strums and the hushed sounds of nature allow for quiet contemplation on the increasingly difficult challenges. This is the sort of thing people mean when talking about ambient gaming. Video gaming website Destructoid commented "The soundtrack is exceptional. Very atmospheric and generally soothing, I would often stop playing to do something else and then forget to close the program for hours while it lazed along in the background." You can stream the entire soundtrack HERE. 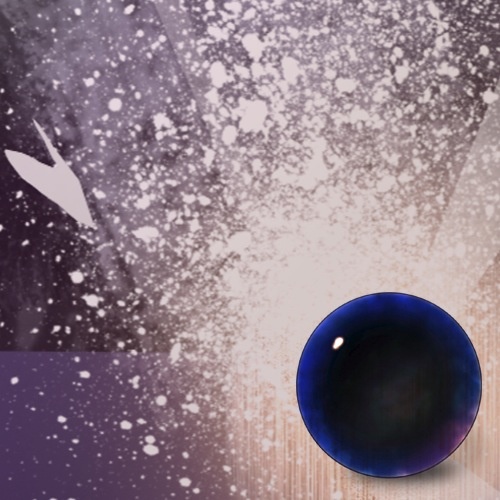 NightSky - out now on Asthmatic Kitty

Released by Asthmatic Kitty in late 2010, Schlarb's own imprint Sounds Are Active (I Heart Lung, Rare Grooves) have just released Psychic Temple on vinyl thanks to a successful Kickstarter project that wrapped up late last year. Inspired by the rhythmic pulse of microhouse and melodic vocabulary of jazz and folk music, Psychic Temple is a deeply considered meditation on beauty. An astounding work of passion and patience over one thousand hours in the making, Psychic Temple expands wildly in new directions, incorporating wordless vocal choirs, string quartets and horn sections into his 29 member ensemble. Listen to Psychic Temple HERE.


This March, Schlarb will be taking Psychic Temple to NYC on March 12th with a one-evening only performance at the Church of the Advent Hope. Presented by Destination: Out the performance will feature many of the musicians who made the album come to life like Mick Rossi (Philip Glass Ensemble), Aaron Roche, Andrew Pompey, Kirk Knuffke, Tabor Allen, Danny Miller, Reuben Radding, and many more. All upcoming shows will feature Psychic Temple played in its entirety. 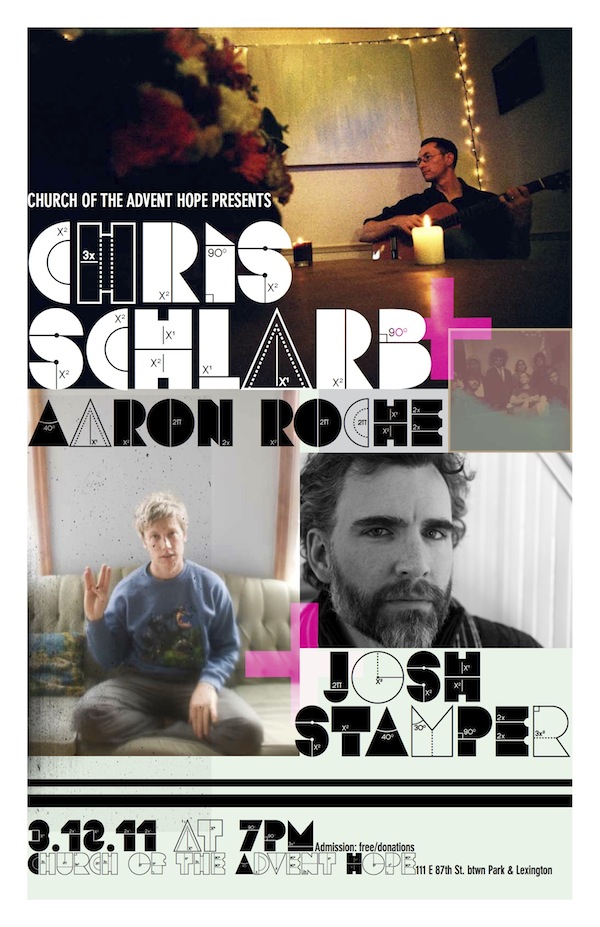