- November 26, 2011
John Timmons, owner of ear X-tacy, called it quits recently.  This weekend, the store is open for its last two days of business ever.

NPR interviewed Timmons for their "Hard Times" series, which focuses on our economically challenged America, interviewing people who've been hurt the most.  He blames ear X-tacy's closure more on the economy than on downloading and acknowledges the resurgence of consumer interest in vinyl, which is oddly reassuring since his earlier issues in keeping the store afloat had more to do with file sharing and loss of patronage thanks to the box stores.

But, the store's closing is a huge loss for the indies and I can only offer Louisville my condolences.

A documentary called Brick and Mortar and Love covers ear X-tacy's struggles and also looks into the future of the independent record store.  I'm not sure when it's out, or what the status is regarding the film's progress, but a trailer is available. 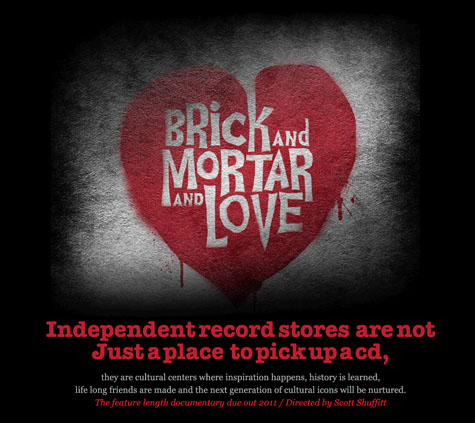 Sincerely,
Letters From A Tapehead
record store day rip to whom it may interest you hoped it wouldn't happen