Interesting year for Dinosaur Jr. and the campaign of nostalgia that's been following them.  Yes, Dino singer/guitarist J Mascis released his solo album, Several Shades Of Why, (which was one of the best albums of 2011 as far as I'm concerned), and toured for the release.  But, Mascis has also been touring with Dino, performing the entirety of the band's milestone release, Bug, which found itself back on cassette via Joyful Noise Recordings on top of being reissued alongside 1985's Dinosaur and 1987's You're Living All Over Me on vinyl by the Jagjaguwar label.  All in all, a veritable buffet of formats for Dino fans who will now also be treated to a three-cassette box set from Joyful Noise Recordings.  The initial Bug cassette release, which was limited to 250, sold out very quickly, so this Dinosaur Jr. Cassette Trilogy set is limited to 500, 150 of which will only be available to those attending Dino's upcoming tour of the west coast.

Now, I bought the Bug cassette, but I'm not sure I'll be shelling out the $39 for this, even though it's pretty cool.  Check out some product shots: 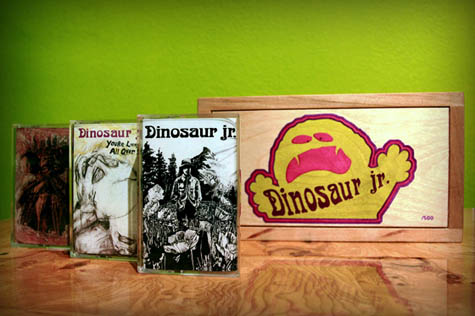 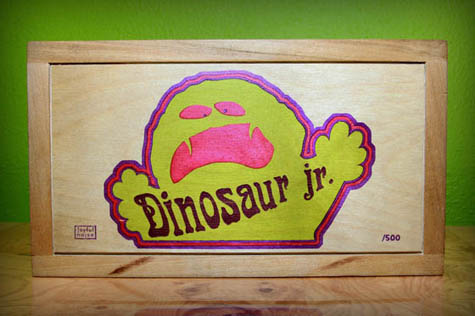 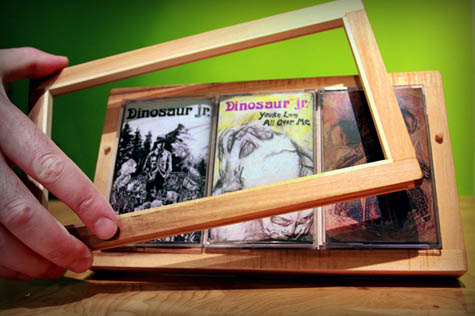 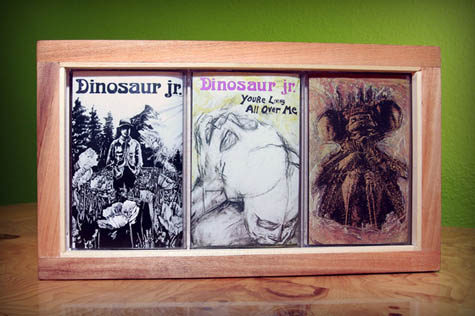 Info, links and tour dates are courtesy of Terrorbird Media.

Dinosaur Jr. have announced the reissue of their first three albums on cassette via Joyful Noise Recordings. Sold as a 3-album custom wooden box set - limited to just 500 copies – the Cassette Trilogy includes each album from the classic Dinosaur Jr. canon: 1985's Dinosaur, 1987's You're Living All Over Me, and 1988's Bug.

Originally released on cassette and vinyl via the legendary Homestead and SST labels, the three albums were reissued on vinyl last month via Jagjaguwar. Now, in conjunction with Dinosaur Jr.'s upcoming West Coast tour, Joyful Noise is reissuing all three albums on the more archaic (but equally tactile) of the original formats. On the heals of the instantly-sold-out Bug cassette reissue earlier this year, this is the first time Dinosaur and You're Living All Over Me have been available on cassette since their original 1980s releases.

[Note: only 350 copies of the box set are available for purchase online. The remaining 150 copies will only be sold on the upcoming West Coast tour (dates below). Orders will be shipped on December 9. Individual cassettes will not be sold apart from this collection.]

(Dinosaur Jr. performing Bug in its entirety at each show, with Henry Rollins interviewing the band live)