K-Holes: Window In The Wall

As the camera scans the sidewalk, a used condom comes into view.  After that, there are episodic dealings with drug use and prostitution delivered with the expected amount of visual grit and dramatic tone.  "Window in the Wall," new single from K-Holes, fits perfectly.

All info comes courtesy of Hardly Art.  Some of this may be repeated from my last entry regarding K-Holes, which introduced their first single ("Rats") from the upcoming album Dismania.

With little over a month to go until the May Day release of their sophomore LP Dismania, K-Holes (New York's best live band™) have unveiled a new video for Side A closer "Window in the Wall." From its first, striking shot of a used condom withering on the pavement in the morning sun, this bleak-but-gorgeous video commands your attention. The clip, from filmmaker Sebastian Mlynarsky, employs the storytelling possibilites of the music video format to stunning effect. Two young lovers fight, swear, and reunite, unable to distentangle from one another and the abusive, drug-fueled life of codependency and hustling that they've fallen into. Dark stuff, to be sure, but presented with a deft and visionary touch--just like the music on K-Holes' Dismania. You can watch the video via SPIN.com at the above link. 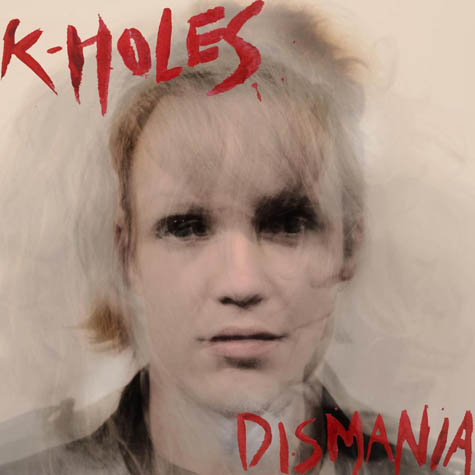