Shopping For Records: "Yes, I'm the Annoying Shopper That Doesn't Give a Fuck About the In-Store Performance. So, Move."

- July 17, 2013
If you're not in the mood to work through a crowd while digging for albums, check the record store's events calendar.  Mind you I'm certainly not against bands performing in record stores.  I was at Siren Records last night, doing a little overdue perusal and happy at the fact that the store was packed.  If music fans are in the store, it's likely they'll walk out with worthwhile purchases tucked under their arms and the store will carry on another day.

However, it had been a while since I'd had the opportunity to hang out at the record store and casually survey the wares.  To facilitate the night's acts, half the store had to be blocked off by a raised platform and obviously a drum kit and sound equipment, which leaves the other half of the store available for the audience, the bands' gear and merch.  Consequently, I couldn't shop a good portion of the store.  I was able to hit the new releases, the indie/punk/hardcore/metal section and the jazz section (mostly) where I watched some completely oblivious, though likely uncaring, jerk-off lean his ass on top of a stack of upright vinyl, which bent under his weight.  It was a night of "excuse me"'s, but I still left with a few wanted items.

Queens of the Stone Age
...Like Clockwork
Matador Records
Released: 6.4.13

Because, I'm not going to buy an independent release at fucking Target (and I know I'm beating that dead horse with a sledgehammer, but I'm sensitive). 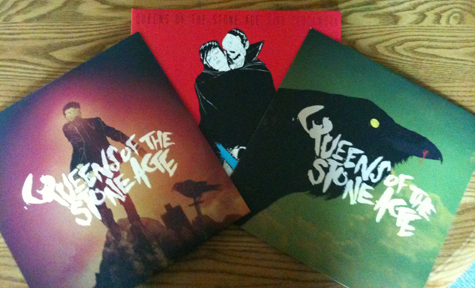 QOTSA's ...Like Clockwork is easily one of my favorite albums of 2013, so there wasn't the slightest bit of hesitancy on my part once I located a copy.  I didn't even care about the price, (about $24, which was comparable to prices online).  150gm, double LP, excellent artwork...  I almost felt bad removing the shrink wrap.

Siren wanted roughly $30 for the recently reissued vinyl edition of High On Fire's The Art of Self-Defense.  While this album is genius enough to warrant such an expense, I wasn't really in a position to blow most of the money I had on one album.  Would've made for a very quick and anti-climactic evening.  It wasn't the first and only wanted item that I passed over: the 2012 reissue of Sleep's Dopesmoker, Ensemble Pearl's new album, Mamiffer/Locrian's Bless Them That Curse You and many other albums that were just out of my price range by ten or twelve dollars.  In light of how vinyl can sometimes be pretty expensive, it would probably make sense to stop by the record store to make a single purchase as opposed to what I did, which was try to stretch my dollar for all it was worth and walk out of the store with as much as I could. 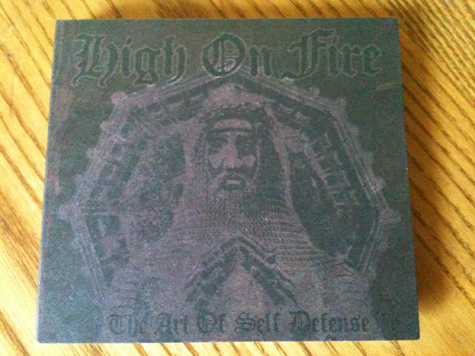 While I didn’t spend the $30 for a vinyl edition of the album, I picked it up on CD instead.  I was just really in the mood to listen to it and I'd been meaning to own it for some time.

I reviewed this reissue for Stereokiller. You can find the review here.

I thought this was a good find. 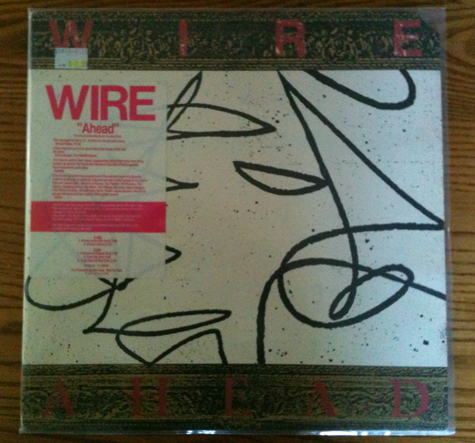 I do NOT own a copy of Wire's 1987 release, The Ideal Copy, which was reissued by Mute in 2000.  Amazon has new copies going for upwards of $100 on CD, so…  sure, that'll happen.  In the meantime, though, I managed to locate "Ahead," which is a single from The Ideal Copy.  There are two versions of the title cut and three live tracks, which were included in Mute's reissue of the LP.  I paid $6.