My last Record Store Day trip to Long in the Tooth was a good one, so I made plans to head over there this year. 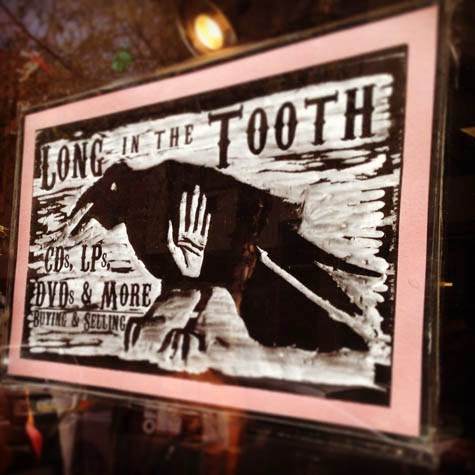 Most of the details of this year's trip weren't necessarily plentiful.  I met up with some friends for a train ride to Suburban Station from Lansdale.  From there we would travel the remaining few city blocks by foot and get in line at the store as early as possible.  After casually finding ourselves inhaling a wake of second-hand pot smoke smoldering from the tip of a joint being passed back and forth by a group of city workers on their way to Dunkin' Donuts, we took our spots at the tail end of a line that was about twenty-something people long.  We stood for maybe an hour before the store opened at 10AM.  For the purposes of keeping the crowd controlled and the year's exclusives distributed as fairly as possible, only a few shoppers were allowed in the store at a time.  Consequently, we were in line for an additional thirty to forty minutes before we entered the store.  My entire budget went toward exclusives this year.  Here's what I picked up:

Artwork by Shepard Fairey.  I haven't had the chance yet to pick up OFF!'s newest release, Wasted Years, but once I got to the counter and naturally blanked on what I wanted, the bold presence of "OFF!" printed on the sleeve caught my eye and was then added to the pile.  After pretty much spending the entirety of what I was able to, I mentally punched myself in the head as I perused the store, finding Drop from Thee Oh Sees, the Joy Division 12" and other gems that I'd wanted.  There were no copies of the yarn-embedded "Mess on a Mission" 12" from Liars, which was also a primary want. 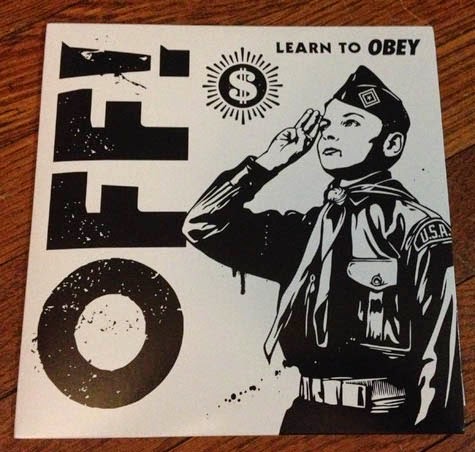 The Visitors box set from Dinosaur Jr. is a reissue of the band's first four singles (plus a bonus 7"), recreating cover art that had been originally been conceived by artist, Maura Jasper.  There's an essay from Jasper detailing her time with Dino from 1985-1990, sensitively recalling how the band's music had inspired her work and the ins and outs of creating the band's early visual identity.  The booklet also includes some of her unseen artwork.  For a couple of the sleeves, "Jagjaguwar" is printed as "JAG" and meant to stylistically emulate the SST logo.  I found that amusing. 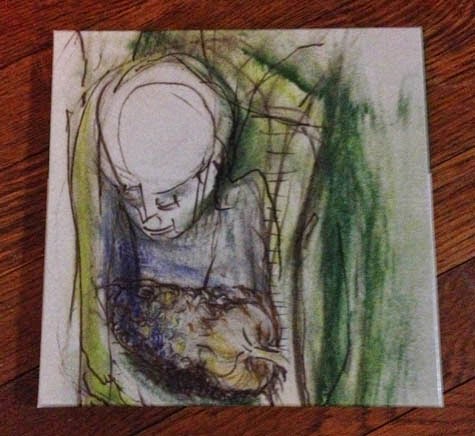 I thought this was a decently priced acquisition at $40.  If nothing else, it's a very well-produced package.   The bonus 7" contains a cover of the Byrds' single, "I'll Feel a Whole Lot Better," which was originally featured in a 1989 tribute album called, Time Between — A Tribute to the Byrds. 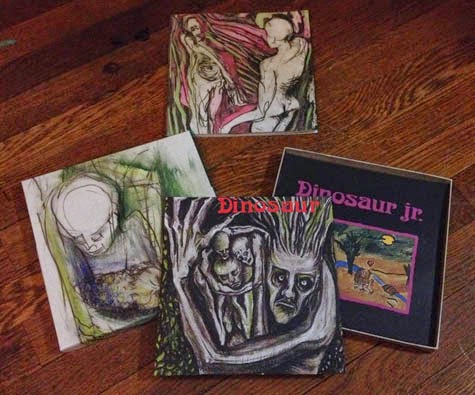 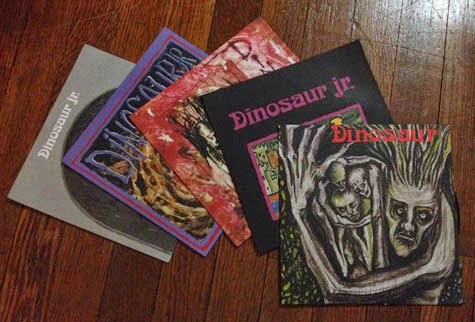 Various Artists
TAANG! Records — The First 10 Singles
TAANG!/Get on Down

While I stood in line, my friend Chris, who'd arrived at the store earlier, approached me with this beautifully constructed TAANG! Records box set, which I'd considered picking up.  "You wanted this, right?"  I couldn't say "no:"  It's pretty awesome and definitely the type of release you'd want an event like Record Store Day to inspire.  The set is ten 7" singles, a full CD compilation of the material to satisfy any wish for portability and a booklet penned by the label's founder, Curtis Casella.  And, the housing package is stunning to the point where I don't even want to get fingerprints on it.  I almost experienced some remorse just pulling off the shrink wrap.  It wasn't cheap: $70 was the price.  But, seeing as only 2,000 of these were produced for the occasion, I knew I'd regret taking a pass. 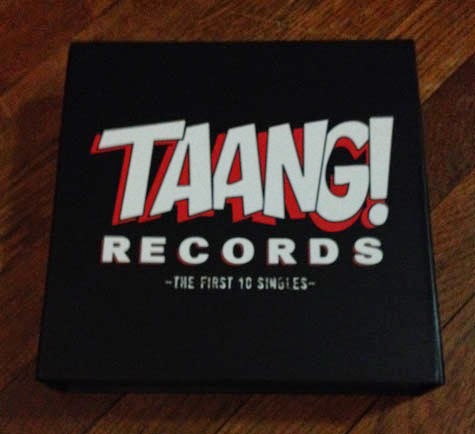 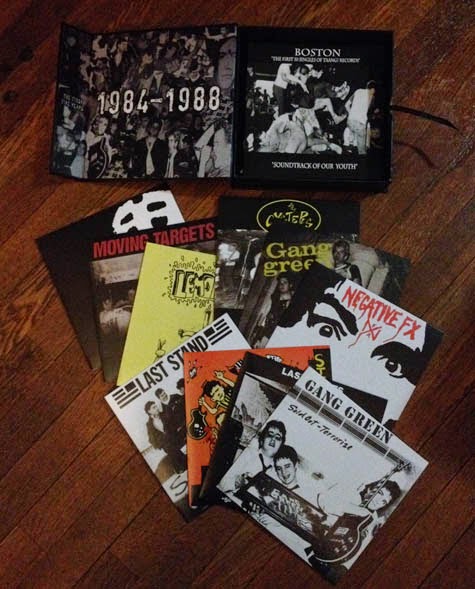 As for this year in event analysis and cynicism, I'll leave that to The Quietus who put out this rather compelling article on how Record Store Day is hurting the indie labels it'd intended to help.  As always, blame the majors.  (Thanks for article, Chris.)