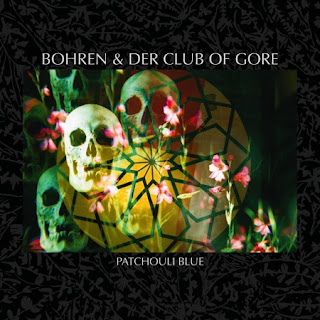 Bohren & Der Club of Gore's noir-jazz is some of my favorite sounds on planet Earth, the type of thought-inducing, isolated tonality that cancels out distraction and allows you to sit in your head. It was announced that a new Bohren album, Patchouli Blue, would reaching our grateful ears on January 24th via Ipecac Recordings. Wintery conditions being what they are, I imagine the album will provide a suitable soundtrack for clear cold evenings.

If you're interested, please check out a review of 2014's Piano Nights.

All links and info were provided by Speakeasy PR.

The clip, which continues Bohren & der Club of Gore’s visual aesthetic finds them reunited with producers Mark Sikora and Oliver Brand. The pair said of the clip, “New to ‘Tief Gesunken’ is the use of slow motion in combination with Jackson Pollock-influenced graphics.”