It's been a rather inactive couple months from me.  We'll say that life needed some attention and that I spread myself thin enough that I considered putting Letters From A Tapehead to rest, citing mental exhaustion and an overall lack of enthusiasm for listening, analysis and writing.  I also felt that I was no longer saying anything particularly new, instead spewing mediocre sentences, making tired comparisons and drawing half-assed conclusions.  I can't tell you how many reviews I started and failed to finish.  It's bad enough when your professional life seems lackluster and unremarkable, let alone when your only true creative pursuit follows the same direction.  So, I drafted a blog post basically saying "adios," and of course, "thank you all for reading this for so many years."

But, once I typed out my frustrations and read it over in my head, I felt a little better.  I then went out alone and did some record shopping, brushing my fingers along the spines of many of my most cherished or very coveted albums and immediately thought about how I would detail the trip and whether or not I'd have time to discuss what I wound up buying.  I still love music.  And, I still love talking about it.  So, I'm not calling it quits yet.  2014 began today, so I'll try and maintain a decent stream of content.

I'll admit that I didn't review as much as I'd wanted.  As I'd mentioned earlier, I had difficulty with reviews this year and really didn't get to cover some of 2013's more notable releases.  For instance, The Knife's Shaking the Habitual was one of the best albums I'd heard and I'm disappointed that I didn't offer it a word or twelve.  The same could be said for Marnie Stern's The Chronicles of Marnia, Wire's Change Becomes Us and that fucking Savages album that I should've jumped on at its date of release, but instead ignored because the acclaim it received roused my natural skepticism towards hype.  Run The Jewels was great and I did get to write a blurb for it that was included in No Ripcord's selections for 2013's best albums, but 150-something words really didn't do the album justice.  And then Nick Cave, Dead in the Dirt, Windhand...  this list goes on and on.

But, in spite of my doubts about my relevance and abilities as a music writer (plus, I turned 37 on the 21st of December, which means I'm becoming this continually unimpressed curmudgeon still unable to understand why Kanye is such a fucking genius or why Vampire Weekend still garner acclaim), I managed to review an album or two this year.  Here are my favorites.

As always, thanks very much for your support this year.  I apologize for my silence toward its end. 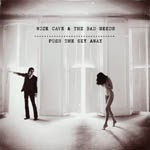 Mick Harvey's departure from The Bad Seeds is evident from the minimalist and mostly subtle Push The Sky Away, Nick Cave's follow-up to the midlife rock-exploratory Dig!!! Lazarus!!! Dig!!!.  A light and somewhat skeletal release, Push The Sky Away finds Cave in his usual role as storyteller, The Bad Seeds generating delicate loops ("We No Who U R") or gracing Cave's words with the barest of complimentary sound ("Jubilee Street").  Even when the album strays dangerously close to dull territory, The Bad Seeds offer moments of brilliance with "We Real Cool" and the beautifully rendered title track. "Ensemble Pearl’s self-titled debut, the combined effort of (Stephen) O’Malley, Atsuo (Boris), William Herzog (The Sweet Hereafter) and Michio Kurihara (Ghost), is an album of perpetual drift, expanding upon the defining characteristics of droning or ambient music.  Though it’s likely a well-intended homage, the album does reproduce the pace and tone of Earth’s more recent work: the tracks 'Ghost Parade,' with sporadic guitar strokes that dwell within the track’s cavernous environs, and 'Island Epiphany,' its dub-echo percussion and whale song of a guitar solo, both feel and sound like slightly reconsidered extractions, lifted directly from Hex or 2008’s The Bees Made Honey in the Lion’s Skull and adjusted for the sake of creative ownership." — 3.26.13 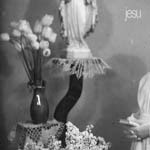 "jesu provides Broadrick the perfect platform as it is his pop project, the thing that allows him to engage in studio trickery and melody, emotionality and hooks.  In some ways it would be simple enough to state that Everyday 'is what it is:' the manifestation of a sensitively realized representation of Broadrick that finds some opposition to the otherwise grim and aggressively industrialized vision prevalent in the discography of Godflesh." — 10.14.13 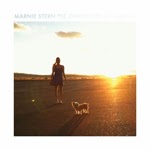 12). Marnie Stern – The Chronicles of Marnia

Yes, the title rules and so does the album.  Reducing her typically chaotic and mathematically guitar-driven art rock, Marnie Stern's The Chronicles of Marnia offered a more focused and melodic use of her finger-tapped style while also broadening her pop sensibilities a tad.  While drummer Zach Hill's absence is immediately noticeable (Oneida's Kid Millions sat behind the kit in his stead), Stern's restraint results in some of the best songs she's written, mostly notably the riff-driven "You Don't Turn Down," hyper-stylized "Noonan," the excellent title track and easily one of my favorite songs of the year, "East Side Glory." 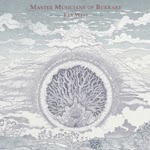 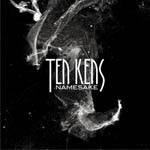 "One could, if one were so inclined, imagine that a collective of despondent monks finding common ground in its unified love of Joy Division might make an album like Namesake, the third full-length from Canadian art rock trio Ten Kens.  With a string of arpeggiated bass notes and an ethereally obscured chant, 'Death in the Family' slowly introduces the album; an eventual fit of heightened percussion and six-string volume act as somewhat of a prelude to the rest of Ten Kens’ expanded opus, itself devoted to the rise and fall of sound and the ultimate final act this approach to songwriting cultivates." — 5.24.13 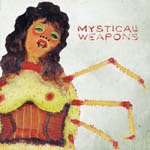 "I found myself revisiting Mahavishnu Orchestra’s Inner Mounting Flame, The Leprechaun by Chick Corea, On The Corner by Miles Davis, Sun Ra’s Lanquidity, The Mothers’ Weasels Ripped My Flesh, reconsidering the tones and ideas based in that era’s progressive and ornate expression, an inventive effort that attempted to evolve an art form that had threatened a dead end, its absence of form at the hands of Ornette Coleman, Albert Ayler and John Coltrane difficult to surpass creatively.  Mystical Weapons brought all this to mind: (Sean) Lennon’s already well-established legacy combined with the playfully odd (Greg Saunier) Deerhoof an interesting enough combination, the results a fascinatingly modern update to much of what I’ve already mentioned.  You don’t hear a piece of music like 'Whispers The Blue Tongue' without considering Miles’ Electric period, its funk-laden low end and the ensuing guitar squeals specific to that era and that musician." — 1.16.13 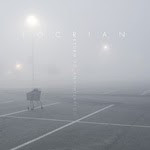 "The Chicago drone metal act known as Locrian has been sculpting sound for some time now. Having followed the band's progression since their 2009 debut, Drenched Lands, I did wonder at times how the band would prevent themselves from 'running out of horn,' (or, in their case, 'dystopia'), their adeptness at constructing drones and black metal-bastardizations of Eno-ish fields of ambience either too unique to the band to abandon or too broad stylistically to allow any true variation creatively. It was evident with the band's 2011 album, The Clearing, that an instrumental focus was slowly becoming more and more essential to their soundscapes. But, when I heard 'Eternal Return,' the introductory track to Locrian's new album, Return to Annihilation, I was taken aback by how musical the band had become and how melodic." — 8.15.13 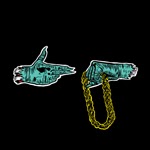 "As someone that’s been mostly disenchanted with hip-hop over the last ten years or so, Run The Jewels, the collaborative effort from rappers Killer Mike and El-P, had my immediate appreciation. A refreshing 33 minutes worth of verbal gymnastics, Killer Mike and El-P revel in the art form, trading verses with a fluidity I miss in modern hip-hop. As electricity courses through the mix, providing zippy tonal waves ('36 Chain') or grand synthesized blasts ('Get It'), the album’s modern tone ably competes with both the recent sonic excursions found in Kanye West’s Yeezus and the experimental hijinks cultivated by Death Grips. Run The Jewels, though, is smooth and cohesive, enjoying plenty of head knock while providing an excellent platform for the rhymes woven throughout. In particular, the single 'Banana Clipper,' which features a verse from Outkast’s Big Boi, boasts enough of the duo’s wordplay to convince one that this is partnership worth continuing." —  (transcribed from No Ripcord's Top 50 Albums of 2013 — Part 2) 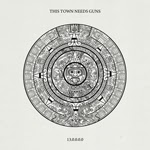 "The world continued after December 21st, 2012 and the non-event that inspired 13.0.0.0.0, the new album from mathematic pop band, This Town Needs Guns, reads like a visual configuration of the band’s off-kilter melodies.  In the vein of Minus The Bear or Pinback, This Town Needs Guns (who recently decided to shorten their name to TTNG in response to America’s current issues with gun violence), crafts a very delicate and circularly rhythmic distinctiveness, which is also infused with pop-influenced complexity." — 1.24.13 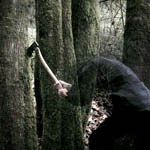 "Though the band’s searing onslaught of percussive mayhem and howling guitar strings is enough to knock you on your ass, beneath whatever brutality Baptists attempts to inflict upon your precious ears lay complexity and a very refined musical approach that might seem secondary next to the violence they generate." — 2.17.13 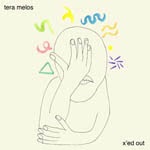 "Though not necessarily ready for FM radio, X’ed Out at the very least introduces a far-reaching musical concept to a better known and understood conversation most people are having, adorning their approach with identifying tweaks and percussive intensity.  Though finite in some ways, pop rock is a malleable genre capable of accommodating bands of most any ilk; its validity either creatively reached through musical ambition or simply tested as a marketing tool, then charged with churning out aural Splenda at an assembly line’s pace.  And, while I wouldn’t normally condone the move to simplify ones vision for the sake of possibly gaining attention from listeners normally alien to the sounds Tera Melos cultivates, it is a feat that they were able to produce outsider rock music with enough subtlety to qualify as accessible.  X’ed Out is unmarred by any narcissistic disposition, or pretentious or elitist demeanor, but it makes no creative sacrifice." – 4.23.13 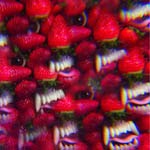 "Inasmuch as the revivalism that’s cultivated a generous portion of indie-categorized rock music over the last ten or more years has become a tired device, Thee Oh Sees is a band willing to modify what it knows to better suit itself for the now.  In some ways, Floating Coffin provides such bland reliance on nostalgia somewhat of a requiem:  proof positive that it’s time to forage ahead and that, while the past will always provide an abundance of inspiration, staying put leads you nowhere. " – 4.17.13 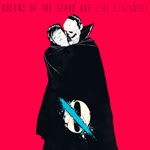 "There may have been a missed opportunity here. (Queens of the Stone Age)’s newest album could been viewed as a wasted chance at reinvigorating what once was, removing (Josh) Homme from the equation just enough to revisit that perfect union that had brought Rated R and Songs for the Deaf to fruition and rekindling the creative partnership that seemed to flourish with ideas. Sure, it might’ve been cool to explore the possibilities.  But, that’s evidently not where his head was. Whether Homme, (for one song mind you), put (Mark) Lanegan with (Nick) Oliveri and (Dave) Grohl together or not, there was no looking back. With Homme, there’s always a desire to look ahead, to try something else. Rated R and Songs for the Deaf have been done, tremendous footnotes in the evolution of a great band. …Like Clockwork is strong on its own, running on its own steam in an effort to say something else. An artist grew a little the day he died; it would be a missed opportunity to do anything else." – 6.19.13 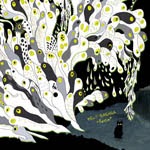