Life really impacted Letters From A Tapehead this year.  Without going into too much detail, work and home responsibilities took a heavy percentage of my time, the highest concentration of which was spent in the Summer months, so my windows of opportunity to write and post were consequently small.  And then, when I did have some time to myself, I was so exhausted I'd stare at my laptop screen and contemplate a blank page until I'd just psych myself out and completely give up.  As I'm quality-focused, (or, at least as quality-focused as I try to be), if I couldn't pull something good together, I figured I'd just not pull something together at all.

All that being said, I still listened to a lot of music this year even if I didn't write about most of it.  A few regrettable misses:  Courtney Barnett (who no one could stop talking about all year), Viet Cong, Gang of Four, Mount Eerie (who released one of my favorite singles in early 2105), Battles, Le Butcherettes, and Eagles of Death Metal (who easily had the most insane touring experience of the year).  Faith No More delivered a mediocre comeback album, but that resulted in two Philly concert stops, (one of which I got to write about).  I also skipped Screaming Females, Sleaford Mods, and Death Grips.

There were a number of metal albums that I overlooked and I certainly could've used more hip-hop in this year's block of selections.  I was lax on the pop stuff, too, though I did check out that overlong Miley Cyrus/Flaming Lips travesty.  A few weeks ago I was violently heaving pure bile into my toilet after throwing back one too many shots of Irish whiskey on a less than full stomach and I believe that the time I spent doing that was more productive and enjoyable than the time I spent listening to that Dead Petz album.  For Wayne Coyne, if being at the midlife junction can result in the genesis of something that atrocious, self-important and blissfully unaware, then it's better to just buy a fucking convertible.

Since full disclosure has been addressed, I'll simply say that I hope (and I do hope) that I'm able to provide better content and writing in 2016.  I'm coming up on my 10th anniversary, so I'd like for it to be a good year, not only for music, but also for this blog which remains important to me.

Here's my list of favorites for 2015.  Thanks for reading. 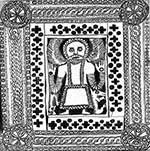 "Harpist Aine O’Dwyer’s Music For Church Cleaners Vol. I & II documents a series of after hours improvisational organ pieces which are exposed to the incidental sounds of cleaning crews and stray attendees, an uncontrolled assortment of creative partners who unknowingly contribute to her arrangements. Recorded at St. Marks Church in the Islington borough of London, O’Dwyer produces something that sounds ritually familiar for audiences not normally considered in reference to a house of worship, no spirituality or profession of faith addressed as she welcomes the sudden groan of a vacuum cleaner ("The Feast of Fools"), the exuberant and echoing dialogue of a child ("The Little Lord of Misrule") and the complaint of a polite, though irritated, congregant ("An Unkindness of Ravens"). And though secularized, O’Dwyer’s musical pursuits appropriately possess the gloriousness and anthemic qualities of a hymn’s passion ("For the Souls of Our Fleas") as well as those lapses into meditative lightness ("We Plough the Fields and Scatter"), though her shapes are often thoughtful and melancholic. While the narrative produced by the random interference of the music’s environment can at times inspire more of a captivating draw than the music itself, Music For Church Cleaners Vol. I & II is a unique experiment, capturing an otherworld of existence within the confines of reverence which, through O’Dwyer’s music, is also offered exaltation." – (transcribed from No Ripcord's Second Chance Selection: January-June 2015) 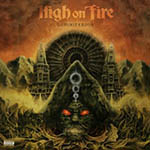 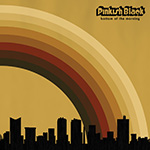 13). Pinkish Black – Bottom of the Morning

Pinkish Black, the heavy synth/drum combo of Daron Beck and Jon Teague, take liberties with idioms belonging to both metal music and synth-driven horror scores, crafting something unsettling, campy and grim for the band's third album, Bottom of the Morning.  While Pinkish Black may borrow a tad from Zombi's back of tricks, the overall affect of Pinkish Black's design results in complete sonic engagement, aided by the undulating stream of synthesized tone that's mostly consistent throughout and its often snare-punishing core meant to harsh what may otherwise be considered ethereal. 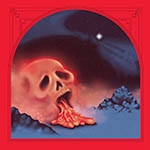 Damaged Bug is the work of Thee Oh Sees' John Dwyer, a very loose and electronically bolstered product of some other region of his songwriting psyche.  For Cold Hot Plumbs, Dwyer's second installment of his Damaged Bug persona, his vision continues to amuse and intrigue with what sound like a more refined collection of songs, the melodic swirl of "Jet In Jungle" and the rhythmically clean "Cough Pills" structurally sound while tracks like "Der Mond" and "Mega Structure" remain more avant.  At times I felt like I was listening to a Beefheart-infused variation of Sly Stone with tracks like "What Cheer" and "Very," an interpretation of funk and groove that evoked Fresh as much as it did Lick My Decals Off, Baby. 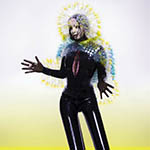 --> The real-life-break-up-as-album-fodder route is nothing new, but Björk's Vulnicura, for me, was her most engaging release since 2004's Medúlla. Having split with artist Matthew Barney in 2013, Vulnicura serves as catharsis and, over electronically aided orchestration, Björk's signature enunciations exude a genuine level of passion and pain, two of her strongest and most obvious requiems being "History of Touches" and the 10-plus minute, “Black Lake.” Its most trying offering is the song “Notget,” a frantic string section slicing melodically as Björk’s despairing tone finds intensity. 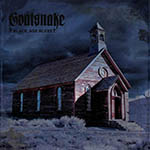 
"Fifteen years since the band’s sophomore release, which was 2000’s Flower Of Disease, Black Age Blues continues in the Goatsnake tradition of Southern roots rock and blues and the application of sonic impurity.  Though perhaps too clean at times, (Pete Stahl’s) vocal has character.  He croons and shouts, bellows and howls, a showman’s throat the band’s most melodic component, matching with intensity the groundwork laid by (guitarist Greg Anderson), drummer Greg Rogers and bassist Scott Renner. " — 6.3.15 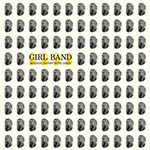 "Personally, I just think the guitar has returned to where it sounds most necessary, beneath the sheen of sterile and super-sleek pop tones, which provide fodder for the streaming/playlist demo.  I say this because I’ve heard a good amount of guitar-driven rock music in 2015 and it’s sounded to me as vital as ever, seemingly in the process of undoing its association with much of the self-important posturing of 90s Alterna-whatever and the derivative garage Velvets worship of the 00s.  And I also heard Holding Hands With Jamie, the debut LP from Girl Band, a Dublin four-piece fully invested in generating some discomfort.  Let me rephrase:  WELCOME discomfort." — 10.16.15 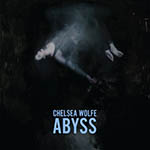 "There’s an unsettling fuzz tone at the beginning of "Carrion Flowers," the first song from Chelsea Wolfe’s Abyss, and it perfectly introduces the album while not completely giving anything away. Yes, the album is dark and those who are familiar with Wolfe’s past work should expect nothing less. But, the macabre songstress ably combines elements of Jarboe-era Swans, sludge metal and gothic folk without pandering to cliché, creating sonic and enveloping shadows that exude remarkable beauty: the eerie waves of song that flutter beneath the high-volume charge of "Dragged Out," the ghostly string melodies the wind through "Grey Days," and the cold isolation and abrupt piano strokes of appropriately titled "The Abyss." With Abyss, Wolfe has delivered what I consider to be her most realized work, which cements her place as a distinct voice, one with a unique and captivating passion." — (transcribed from No Ripcord's Top Albums of 2015) 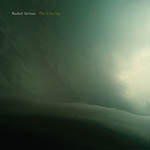 "While the argument could be made that this type of elitist intervention into the underground is perhaps similar to the bloated excesses of late 70s rock n' roll, listening to The Clearing, you'd be hard pressed to find anything needless.  That first track ("The Air") assures the listener that, for the album's entirety, no sound will be overburdened by much too much." — 5.26.15 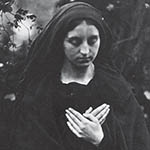 "So, as paragons of aural battery, Thou and The Body certainly succeed.  You, Whom I Have Always Hated is a beautifully punishing listen and is truly one “HOLY FUCK!” after another." — 3.13.15 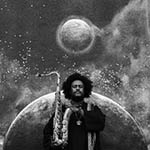 
"Jazz saxophonist Kamasi Washington’s The Epic is a three-LP big-band endeavor, one that had obviously taken its namesake to heart through size and scope. As a contributor to performers like Kendrick Lamar and Flying Lotus, Washington’s notoriety as a hip-hop presence enables him to make jazz accessible to mainstream audiences." — (transcribed from No Ripcord's Top Albums of 2015 — Bubbling Under) 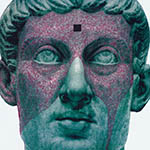 
"When listening to Protomartyr, I can’t help but inject a bit of romance into what might otherwise be just another rock band from Detroit. Following the band’s excellent 2014 release, Under Color of Official Right, The Agent Intellect is an album meant for full immersion, a start-to-finish post-punk LP that manages to transcend the trappings of indie rock facsimile and also removes the band from its regionally enriched proto-punk ancestry. Protomartyr owns this sound and The Agent Intellect documents well their progression through the high-tempo jangling of “The Devil in His Youth,” the beautifully somber disposition of “Pontiac ‘87” and the percussively steady pulse that seems contrary to the question addressed in the title “Why Does It Shake?” Vocalist Joe Casey, who could be interpreted at times as Mark E. Smith’s low-octave distant nephew from the Motor City, doesn’t so much emit through key as he does through presence, his oft-cryptic lyricism delivered with enough of a narrator’s cadence to almost qualify as spoken word. Rhythmically inventive and melodically engaging, The Agent Intellect defies any claim that guitar-centric music is no longer relevant or that albums as a whole carry little weight." – (transcribed from Phawker's BEST OF: Our Favorite Albums of 2015) 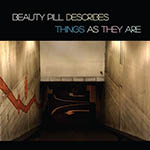 "Beauty Pill Describes Things As They Are thrives because it’s more than just documentation of the biographical "Near Miss Stories" that (singer, Chad Clark) could very well have, and understandably so, relied upon for the bulk of this record.  Instead, he treats himself as a mere touchstone and allows the creative direction of his music to illustrate the impact this illness has had on his life and outlook." – 5.5.15 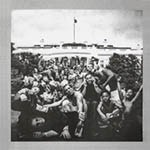 1). Kendrick Lamar – To Pimp A Butterfly

When it comes to Kendrick Lamar’s To Pimp A Butterfly, few albums I heard this year were as personally honest, socially relevant and compositionally solid. Conceptually speaking, Lamar’s album eulogizes Tupac, but it also comments on his own fame and fortune (“For Free?”), addresses what he sees as hypocrisy regarding black-on-black violence (“The Blacker The Berry”), takes a look at the community around him (“Hood Politics”), enables him to critique his own cynical worldview (“How Much A Dollar Cost?”) and makes fascinating mention of “U” and “I.” With every verse, I want additional comment. And, even when Lamar breaches the normally unforgivable bounds of self-indulgence, the summation of his efforts are impossible to deny. Lamar also produced some of the year’s best singles with “King Kunta” and “Alright,” relishing in G-Funk bass throbs and arranged vocal melody, standouts in the pop realm amidst its otherwise plastic and flaccid output.

And, because I always want to give as much credit as I possibly can, here are my follow ups:


(I was evidently light on the EP front this year, too.)
Labels: best of