2011 is over in a couple days and I'm already anticipating new music for 2012.  Here are my favorite albums of the year.  Hope you enjoy the list and thank you for another year of support.  And, please, feel free to comment, yell, scream, disagree...  I'm all about debate and my "comments" sections have been quiet for some time. 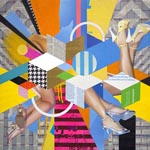 Légs was an album that I'd spent a few months with the intention of reviewing, but failing to unfortunately.  A duo comprised of drummer Richard Levengood and guitarist Justin Talbott, Noxious Foxes follows the avant propulsion and chord progressions of Hella, but also create jam-based instrumentals that rely purely on groove.  Guitar loops are masterfully constructed, allowing the limitations of being a two-piece to expand into very full, very densely performed music. 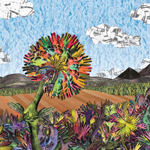 "Though the band doesn’t do much to expand on their 2008 album Receivers, the songs seem more cut-n-dry, their penchant for build-ups and suspenseful intros intact but not to the point of excess. "Fake Names" could easily have taken longer to begin, the slow development of ethereal keyboard and tom-heavy accents taking barely a minute before the song launches into percussion rolls and grinding guitars. The fat is trimmed, but nothing feels hurried. Parts & Labor get done what they mean to accomplish; they just do it without fucking around." — 5.9.11 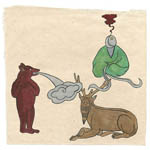 13). Six Organs of Admittance – Asleep on the Floodplain

"'A New Name on an Old Cement Bridge' stutters, daring (Ben) Chasny to miss his successive chords like a Thelonious Monk composition, heavy and almost erratic with his guitar pick. For 'Dawn, Running Home,' (Is that an accordian?), Chasny’s layering fades long enough to hear the distant echoes of a neighborhood. The effect is striking, the song’s words delivered like fragmented apologies: Warm, expressive — unintentionally jabbing cliché by exemplifying dignified sensitivity." — 3.3.11 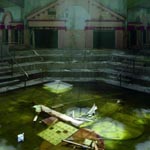 "Simply put, Locrian is continuing to merge a more musical approach with their better-established experimental identity, making their sound both as accessible as possible while incorporating more invention into their work. 'Chalk Point' is one of the best pieces of music I’ve heard this year, a simple piano melody adding some very distinct humanity to a sound-induced hallucinatory plain of weirdness and impending darkness. A guitar begins to weep, a beat is introduced, the keys flurry, the vocals drone, the effect is compelling." — 11.6.11 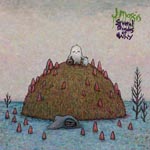 J Mascis had a busy year with Dinosaur Jr., touring on the strength of the band's very seminal classic, Bug, and enjoying both vinyl and cassette reissues of their first three albums via two different labels.  He also released the very good Several Shades of Why, an alterna-folk acoustic solo album for which he toured earlier this year.  Fueled simply by his aged and distinguished voice and some truly gorgeous melodies, not to mention a decent cast of co-conspirators like Kurt Vile, Broken Social Scene's Pall Jenkins and Ben Bridwell from Band Of Horses, Mascis made the pondering and wonderment of singer-songwriter music something engaging, a feat considering the wealth of such albums feigning purpose and world-weary Dylan-isms.  I hate to say that Mascis shows the kids how it's done, but he does. 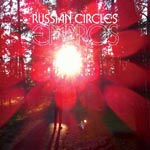 "The band’s fourth album, Empros, seamlessly threads together a mire of unmitigated sonic emanations with a consciously utilized sensitivity to sound and beauty, crafting a less than monotonous or laborious listen. I liken it to either The Valley Path by U.S. Christmas or Grails’ 2008 release, Doomsdayer’s Holiday, both of which are dark and clad in Tony Iommi’s wisdom but also attentive to their specific purposes and identities. Empros is more of a suite than an album and Russian Circles attempt to brandish their wares in a discernible manner, splitting off from the mere conjuring of predictably pretty soundscapes. " — 10.27.11 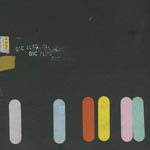 "Napa Asylum has even less disarray and more music, whatever acidic tendencies toward aural friction minimized, crafting melody-concerned culture shock to those of us accustomed to volumes of feedback. It’s also twenty-two songs and a little over 45 minutes: their lengthiest studio LP." — 1.26.11 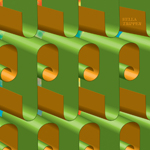 "Not surprisingly, Tripper thrives on musical irregularity and any momentary lapse into standardized pop rhythms ('Long Hair,' 'Netgear') or digestible guitar-driven melodies ('Headless,' 'Kid Life Crisis') are quickly remedied. Whether that’s to your delight or chagrin… 'eyes' and 'beholders.'" — 8.11.11 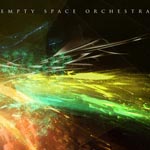 "As sophistication seems consistently at odds with blues-informed garage, generationally speaking, Empty Space Orchestra combine both, taking riff rock and time signatures and coming up with the least condescending form of progression. The tunes are impressive, but not at the expense of energy." — 9.4.11 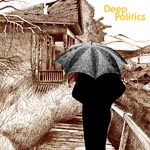 "There are certain things you expect with Grails. First off, atmosphere. Second, Eastern influences. Third, heavy arrangements. Deep Politics has all of this and the band still manages to refine their edges without duplicating songs, writing the same albums or exhausting their vision." — 7.7.11 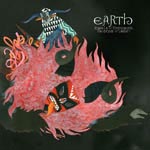 "The first crushing notes of 'Old Black' emanate from some anonymous American frontier, dusty and unpredictable, striding on its terrain while wandering determinedly and focused. You get the sense that, throughout Earth’s Angels Of Darkness, Demons Of Light: 1, stories are being spun using the band’s instrumental language and economy of notes, traditional narratives normally told over a backdrop of folk music, blues and country. Dylan Carlson plays as if exiled in some very distant, unpopulated part of his imagination, a vagabond absorbed in his internal surroundings, uncertain of where the elusive horizon will lead." – 3.14.11 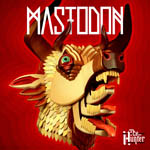 "Inasmuch as the band can boast huge metallic sounds and riffs, a sophisticated level of detail and precision, the gift of expanse and the energy and spiritedness of even the most basic rock n’ roll, The Hunter grants (Mastodon) an opportunity to not have to one-up their previous output, out “math” their songwriting or conceptualize themselves into a rut." – 10.5.11 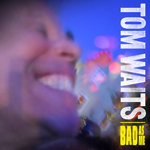 "Modern world or not, (Tom) Waits sounds right at home and Bad As Me, his newest studio offering since 2004’s Real Gone, ties together the lounge act, noir-rator of yore with the gruff-rough-n-tumble lab poet of recent." – 10.28.11 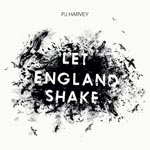 "PJ Harvey’s Let England Shake garnered a lot of praise this year for being both beautiful and strange, a testament to country-born pride, but also an examination of what it means to be English, which is to say Harvey waxes extensively about war, soldiers, carnage and nationalism." – 7.7.11 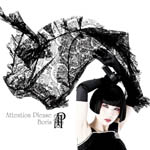 "Attention Please, though, makes (Boris) into something more profound: an often puzzling albeit enthralling and super-malleable “fuck you” to the safety of classification." – 5.27.11

Sean Caldwell said…
Hi, Dan. Not a problem! Parts & Labor is a really good band and it's a bummer that they've taken a sabbatical of sorts. 2008's Receivers is also worth checking out.