To Whom It May Interest #5: Help, I’m A Rock Reissue 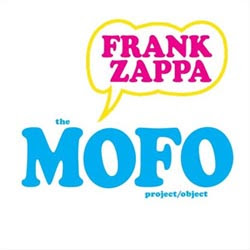 Armed with a cup of coffee and kind of blessed with nothing better to do, I’ve been spending my evening listening to some crazy shit. It’s been one of those nights where “straight-laced” and “easy to comprehend” aren’t in my best interests. My stream of listening began last night while I was up to my eyeballs in a case of lager. I was having one of those “meaningful” conversations that you sometimes get into when you’re inebriated and John Coltrane’s Ascension seemed like the way to go. Tonight, it’s been two spins of Public Image Ltd.’s Metal Box LPs, a spin of Coltrane’s Live At the Village Vanguard (Again) and now I’m absorbing the recently released MOFO Project/Object, which should earn Gail Zappa some kind of award for humanity.

What am I talking about? Okay…

Forty years ago, the first double LP was born. This LP was called Freak Out!, which was an unusually conceived and classically orchestrated piece of rock n’ roll brilliance crafted by The Mothers Of Invention and some guy named Frank Zappa. Basically, even by today’s standards, Freak Out! is a fucked up record and its birth is still considered to be a monumental achievement. It would benefit everyone reading this to pick up a copy, if of course you haven’t already blessed your ears with it.

Anyway, aside from being a genius, Frank Zappa had a problem with control. He was notoriously barbaric when it came to rehearsals, obsessive with his work and very possessive about his music. When CD technology came into being during the 80s, Zappa took it upon himself to delve into his back catalog and remix everything he’d done up to that point. Consequently, a lot of the CD issues put out by the Rykodisc label aren’t genuine and we’re talking a lot of records.

In the movie “High Fidelity,” John Cusack’s Rob Gordon character makes reference to this by stating that the people who frequent his store are the sort that look for ”’original not rereleased’ underline Frank Zappa albums.”

Freak Out! fell victim to Zappa’s perfectionist and unnecessary revisionism. Granted, with updated technology and reworked instrumentation the newer sound is undeniably clean, but I think Zappa failed to see that the timeliness of Freak Out! was also an important factor to keep intact. The same can be said for all of records that have earned a spot in the “groundbreaking” category. Monumental records, movies, books, paintings…whatever, should all be left alone. It’s this sort of artistic maltreatment that earned George Lucas and Steven Spielberg a lot of shit from their fans, which I personally feel they deserved.

Enter Gail: Zappa’s widow and biggest fan. The MOFO Project/Object (Making Of Freak Out!) is a 2-disc reissue of producer Tom Wilson’s original 1966 mix, lovingly put out there by Gail and co-producer, Joe Travers for all us fans who might have missed out on the album’s intended sound. I was definitely one of them, having been only familiar with the Ryko release. When I heard this mix I was floored. The grit and grime of old school production adds so much more depth and dimension to the album, especially in cases like “Who Are The Brain Police?,” “Help, I’m A Rock,” and “Return Of The Son Of Monster Magnet.” The distortion and effects employed on these tracks make so much more sense now, as the murky and bass-tastic elements are thick and intense. Also, I think there were some elements, specifically in moments where sound montages wildly storm through the music, that were removed during Zappa’s remixing. Hearing this version of the album is like hearing it again for the first time. Pardon the cliché.

Freak Out! has been talked about time and time again by many critics over the years. There’s probably very little I can offer, as I don’t think I’ll be able to add any new insight to a thoroughly examined classic. I will however say that the accompanying CD, a companion piece filled with unreleased demo tracks, jams and interview snippets, is rather fascinating. This aspect of Zappa’s work is criminally underexposed, as he was not one to reveal his music in its learning stages.

There is another 4-disc version of The MOFO Project/Object available exclusively through the Zappas’ online store, Barfko-Swill. Just FYI for you hungry freaks, daddy. 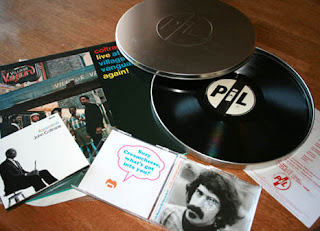 It’s good that Gail recognizes the need for Zappa’s original work to resurface. The reissue, when treated respectfully, offers the listener the opportunity to hear something amazing. Public Image Ltd.’s Metal Box was reissued last July as it had been originally released in 1979 as a 3-LP set in a film canister, fit to be played and rocked. Coltrane’s Impulse! releases have all undergone digital transferring for the sake of CD release, but still carry their spirit and that unique beauty and power that he shot through his remarkable sax. Restored, but not revised. Thank you, Gail, for also knowing the difference.

Sincerely,
Letters From A Tapehead
frank zappa jazz progressive reissue to whom it may interest

Great writeup! You make the music/history interesting even for a non-zappa fan like myself (overrated much - heh)