Showing posts from January, 2019
Show all

The first full week of 2019 is at a close, so please enjoy this first batch of sounds.  BARNETT+COLOCCIA : "Copperworks" (via Rarely Unable /  SIGE Records  / Soundcloud) Via Rarely Unable: Barnett + Coloccia is the musical collaboration between Faith Coloccia ( Mamiffer , Mára and recently vocals on Jóhann Jóhannsson 's Mandy soundtrack) and Alex Barnett ( Oakeater , Champagne Mirrors ). Each record begins the same, with a reunion of two good friends catching up on life changes, new ideas on existence, magical occurrences, and difficult experiences. The ideas in the reunions between Faith and Alex plant the conceptual seeds for each song. The music itself takes influence from cinematic soundtracks, 20th century classical and early electronic music. The project is a true collaboration in the sense that the songs never end up as one person's vision, rather they end up somewhere new, where the whole is a strange extension beyond the sum of the parts.
Post a Comment
Read more 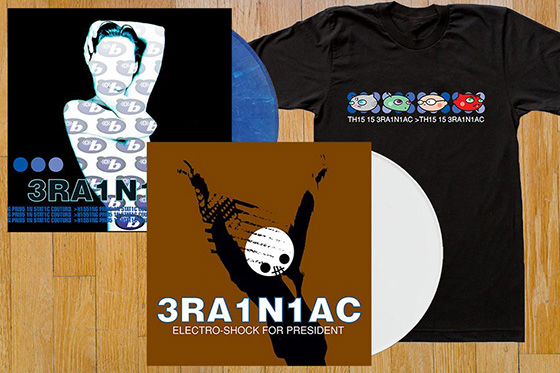 - January 04, 2019
So, it would be turn out that in addition to Sons of Kemet and Kamasi Washington , there were other jazz-based artists to hear in 2018. This morning, I've been listening to a sampler provided by ears&eyes Records , which offers a selection of the label's 2018 output. Featured are various jazz-based offshoots ranging from beat-oriented ( Matterhorn ) to chamber-centric ( Redwood Tango Ensemble ), exploratory ( Chad Taylor ) to reverent and modernized ( Juan Bayon ). The label is run by artist Matthew Golombisky , who is also leading another project called Thirsty Robot Media . TRM's purpose is to promote budding talent outside of the ears&eyes framework in an effort to provide exposure for more artists. Here's the Volume 6 of the  ears&eyes Records  sampler: Volume 6 Sampler by ears&eyes Records Sincerely, Letters From A Tapehead
Post a Comment
Read more

In the interest of full disclosure, this is the second time I'm writing this introduction. For some reason, the entry didn't save, so the few hours I spent writing over the weekend were sadly wasted. But, oh well… If I had to sum up 2018, I'd first say "great music." To follow that, my coverage was far from consistent and I listened to nowhere near as much I wanted to. My list of Omissions & Lamentations is fairly high, keeping in mind that High On Fire released an album, (the excellently heavy Electric Messiah ), that was not included in my year end list. I was not only a bad fan, but resistant to much of the audible goodness that had been plugged and pushed over the course of the year. My day job had a lot to do with this, as the exhaustion levels that I'd experienced at points were astoundingly pervasive and really cut in to my ability to think clearly or analytically. Or, even just listen patiently. With that said, I'm hoping for better, more
Post a Comment
Read more
More posts