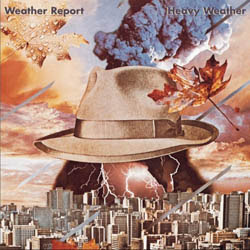 Today, I heard of Joe Zawinul’s passing. Cancer. Age 75. After having just finished his last tour with his band, The Zawinul Syndicate. He was an Austrian born organist, instrumental in the development of Jazz Fusion. He is probably best known for his founding electric jazz pioneers, Weather Report.

The opening bass notes of “Birdland” are permanently etched into my grey matter, the result of my father’s excited devotion to Weather Report’s Heavy Weather, probably Joe Zawinul’s best known contribution to electric jazz. “Listen to THAT!” he’d say, raising his finger to the ceiling of whatever domicile we were standing in, just so I’d know what to listen for. Prominent in his radar were those distinct fretless bass lines by Jaco Pastorious. Otherwise, he was all about Zawinul, always commenting on how brilliant the guy was. 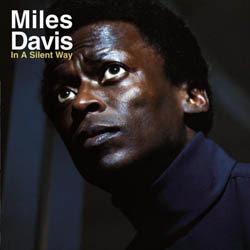 I could appreciate Zawinul, but I’d never really taken to him. That changed though the first time I heard Miles Davis’s In A Silent Way, an album which owes a lot of its being to Zawinul. Being only two tracks and almost forty minutes in length, In A Silent Way is a magically entrancing experience and it was Davis’s first attempt at keeping it electric. John McLaughlin’s hypnotic guitar licks, Tony Williams’s restless hi-hat, those keys that bore the touch of Herbie Hancock and Chick Corea, Zawinul’s low end organ. And then, of course, Miles and his super smooth trumpet, booming over the gloriously layered subtlety all around, but never quite stealing the show. The second track, “In A Silent Way/It’s About That Time,” was partly born of Zawinul’s genius. He came up with the bookends to Davis’s piece and essentially supplied the album with its title and aesthetic.

As Miles advanced into Jazz Fusion, Zawinul was there to help him again with Bitches Brew, a milestone record that challenged what jazz could do and where it could go. It pretty much acted as a take-off point for a slew of Fusion acts like McLaughlin’s Mahavishnu Orchestra and Zawinul’s own Weather Report. The album gave electric jazz credibility, despite a lot of public scrutiny, and gave Miles a direction that he would continue to pursue through the 70s, creating some of the strangest, boldest and bleakest records of his career. 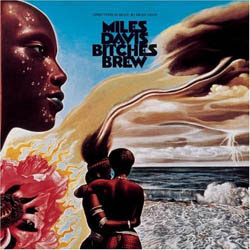 Zawinul’s “Pharaoh’s Dance,” a 20-minute love song to organized noise that could very well have captured the first signs of trance music, took up one whole side of Davis’s celebrated double-LP. It was the opening of a landmark.

Having played with the likes of Cannonball Adderly early in his career, to being so instrumental in Miles Davis’s musical progression, to being key in the development of Jaco Pastorious as a well-known jazz entity, and being one of the most celebrated figures in modern music, we lost a good one today. 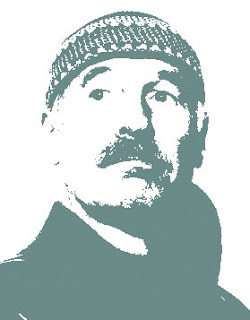 Only a month or so ago, I found a copy of Heavy Weather, sitting rather ragged, almost rotting, in a plastic crate at an outdoor junk sail. The two dollars I threw to the merchant almost felt like a ransom, like I was rescuing these sounds from being chewed into vinyl shards by some trash truck in northern New Jersey.

To Mr. Zawinul, saving your tunes will remain a worthwhile cause. Thank you for what you’ve given us.

Sincerely,
Letters From A Tapehead
fusion jazz legends miles davis rip to whom it may interest

Yeah, Joe was great and should be remembered. Luckily there's no shortage of music to remember him by.

Glad you enjoyed the write-up. I felt like I wrote this up rather quickly so...