Thank You, Corporate America, For Putting Some Sincerity Back Into Punk Rock… 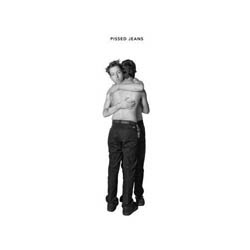 The tycoons, all the business minded professionals of the world are still living in that place so long ago when they were slamming into like-minded leather jacket wearing spikeheads, flipping off Ronald Reagan and swearing that they would never, EVER, go into that Wall Street abyss where the money runs the show and humanity resembles a remarkably intricate apparatus that keeps the economy running. Of course these people would age and eventually find their way into that world. Of course they would be nostalgic for when they could boast about never being a part of it. And, of course, it would make perfect sense for dull, white, corporate cruise ships to be advertised with Iggy Pop belting out “Lust For Life” in the background. Misses the point, granted, but still perks up the ears and makes shuffleboard look so much more bad ass.

Basically, the spirit goes bye-bye, like the hippie optimism that fueled punk rock’s cynicism in the first place. We all wind up serving the Man and are left to reminisce about when we could afford to be self-righteous.

But, punk rock is also what gets you to where you’re headed, so long as you kick and claw your way there. If you can’t necessarily capture the lifestyle, don’t shortchange its effectiveness or its reason for being. It’s remarkably motivational, and in this day and age of cubicle occupancy, it only makes sense that punk rock would emerge not only from suburban malcontents that hate their moms and dads, but also from the straight-laced sector that pays the bills.

Meet Pissed Jeans: Allentown, PA’s own little band of corporate-bred misanthropy. The popular notion that one must be outside the system in order to be “punk rock” is bullshit and, with their album Hope For Men, Pissed Jeans proves it. Hope For Men is raw, unapologetic and capable of turning 9-to-5 into a reason for screaming but not at the expense of having to make a living. Pissed Jeans takes advantage of their angst without complaining, just stating the facts and finding morbidity and pleasure in the seemingly mundane. “People Person” can just be something that solely pertains to singer, Matt Korvette, or it can be something that everyone in the corporate machine can relate to. Either way, it at least feels sincere.

Pissed Jeans experiments with rhythm, but keeps it repetitious for the most part. At times, they willingly risk damning their bare-bones punk approach with hard rock angles, but keep their musical shifts so unpolished that they make perfect sense. Guitarist, Bradley Fry, plays with some Sabbath-inspired riffs in the droning “Secret Admirer” and even hits Nugent territory with the musical shift at the end of “I’m Turning Now.”

Vocally speaking, melody isn’t in the cards. Korvette will either scream in tune or go off into spoken-word tantrums like he does in the eerie “Scrapbooking” or the excitedly divine “Fantasy World:”

His approach is that of a male Patti Smith, as he evokes a primal delivery without needing to sound intellectual, just alive and true. There’s no shortage of snarling rock outfits in the world, but this one grabbed my attention and feels too refreshing to be anything other than legit.

Straight ahead rockmanship can be found with the violence inciting power of “A Bad Wind” and “I’ve Still Got You (Ice Cream).” Tom-heavy noisemaker, “Caught Licking Leather,” is a hissing whirlwind of feedback and frustration that shifts momentarily into a straight ahead rock stride and then collapses back into the storm.

Closing track, “My Bed,” is a bluesy garage jam that definitely hits Sabbath-meets-Melvins territory, guitar accentuating every drum hit before launching into a fast-paced bridge that self-destructs into feedback and cymbal rage.

“The Jogger” is the only instance where the album feels off-track, relying too much on effects to power an otherwise strangely conceived soliloquy about, you guessed it, the jogger and its relation to, what I’m guessing is, the Suburban Nightmare. Even “Scrapbooking,” for all its deviation from the album’s established design, makes more sense here as Korvette maintains his frontman signature and attitude. “The Jogger” is approached with more eloquence and, as a result, feels “announced” as opposed to “dreaded,” or even “felt.”

Hope For Men’s title is probably meant as some ironic take on our present state of being, but winds up acting, somewhat, as a hope for punk. The genre itself finally exists, in an evolved form, within a world more people are familiar with: the often-unsatisfying world of corporate complacency and conformity. In their own way, Pissed Jeans have crafted for themselves a way to deal with the strain and are possibly carving themselves out of their daytime rut in the process, which actually sounds pretty punk rock to me.

Thanks. You're too sweet.

Glad you enjoy the blog. Thanks for checking it out.

As far as it being a little too one-sided in the gender category, that's definitely something I can work on. I've been slaving over a review of Marnie Stern's latest album, and I've discussed a slew of co-ed groups where female vocalists or musicians are either prominent or featured: Deerhoof, Beauty Pill, Entrance and a tribute to the late and great Alice Coltrane.

Thanks very much for the comments and, next time I go shopping, I'll be on the look out for more female groups to check out and review.