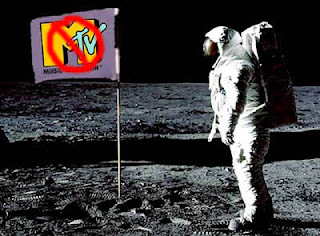 As I’m typing this, the MTV Video Music Awards are in full swing. Performers and musicians are winning little astronaut statues, thanking god that their video captured the attention of the American youth market and following up their insipid and insincere speeches with mediocre performances of their big hits. Just like every year.

Making a major appearance tonight on the program is Britney Spears, whom, I’m guessing is performing for the following reasons:

1). Attempting to disprove the opinion that she’s “lost it,” y’know…like her panties.

2). Attempting to take the public eye off her criminal lack of parenting skills. By the way, who was watching her fucking kids while she was on stage?

3). Attempting to remind her fans that, before she was a train wreck, she actually sang a couple songs; forgetting of course that her fans are now ten years older, and hopefully wise enough to leave her bullshit on the shelf.

4). Attempting to see how memorable she’ll be WITHOUT the aid of open-mouthed kisses from aging pop queens and sultry snake handling.

Somehow, Fall Out Boy beat out The White Stripes in the BEST GROUP category, which featured an otherwise unimpressive list of nominees. Maroon 5? Come on. The White Stripes, in the meantime, probably put out one of the best records this year and have done more with two people than Fall Out Boy could do with their four. The consolation here is that, by next year, the MTV attention span will have deleted Fall Out Boy in exchange for another shitty group with “edge.”

MOST EARTH-SHATTERING COLLABORATION winner was “Beautiful Liar” by Beyoncé and Shakira. In someone’s eyes, this is a big fucking deal.

The untalented and otherwise impossible to look at without wincing Fergie, from the extra-lame Black Eyed Peas, won the award for FEMALE ARTIST OF THE YEAR. Meanwhile, fellow nominee Amy Winehouse managed to bring credible soul music back into the mainstream. The lesson here girls, is that if you dance like a slut in Union Jack underwear, your efforts will be rewarded.

MALE ARTIST OF THE YEAR went to Justin Timberlake. I hate to say it, but out of everyone else on the list, this isn’t such a bad choice, though Kanye West probably should’ve triumphed here.

Gym Class Heroes, or as I like to call them, Sugar Ray II, are MTV’s BEST NEW ARTIST in music. These guys beat out Amy Winehouse and whistle-happy Peter Bjorn & John, both of whom make better music. I’m actually surprised PB&J managed to make the list.

MTV: Keeping the “M” in “mundane” alive. There’s no way it still stands for “music.”

Anonymous said…
Only thing that's driving me nuts about the Britney incident are the hoards of newscasters saying "OMG LOOK HOW FAT SHE IS!"
9/10/2007 4:44 PM